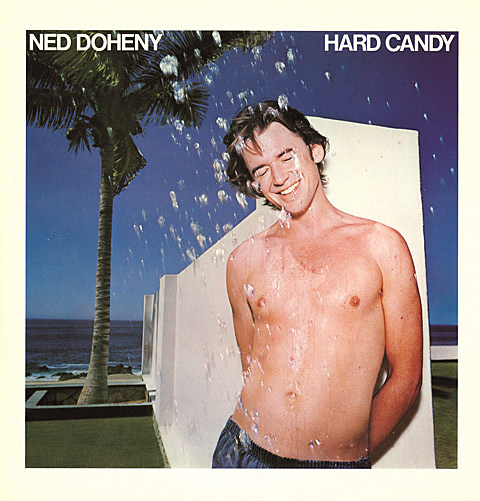 With no less than a mansion, a state beach, and a three-mile stretch of Los Angeles road bearing his surname, Ned Doheny easy-glided into the 1970s on a crest of notoriety. Signposting Ned's sojourn through the LA recording industry were Jackson Browne, Glenn Frey, Don Henley, Chaka Khan, Graham Nash, "Mama" Cass Elliot, Bonnie Raitt, and David Geffen--each a household name both inside and far from southern California. And while no bust of Ned Doheny appears alongside those of his Laurel Canyon brethren in the pantheon of classic rock, it's not for lack of songwriting abilities or recording chops.

Somewhat a '70s soft rock cult artist, Ned Doheny experienced a bit of a rediscovery in 2014 when his great "Get It Up for Love" was placed as the lead track to groovy compilation Too Slow to Disco and, more notably, lauded reissue label The Numero Group released Separate Oceans, a compilation of his prime cuts. You can stream Separate Oceans via Rdio and check out a YouTube mix of songs below.

Apparently Doheny has never played New York City before but that will change soon as he plays Sunday (8/9) on the roof at Le Bain in the Standard Hotel. Ned will play solo acoustic, with the show starting right before sunset (doors are 5 PM) -- and magic hour seems like the right time to see him. Good news: the show is free (you can RSVP to the Facebook event page). Bad news is this disclaimer language: "Please note: unfortunately, we are unable to accommodate all guests. Access is at the discretion to the club. Thanks for your understanding." So get there early and look your best. After Ned's performance there will be DJ sets by Bing Ji Ling and Justin Strauss if you wanna stick around. Flyer for the show, plus a recent video of Doheny playing "Get it Up for Love," is below... 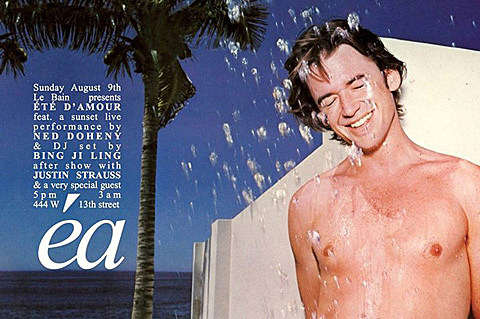