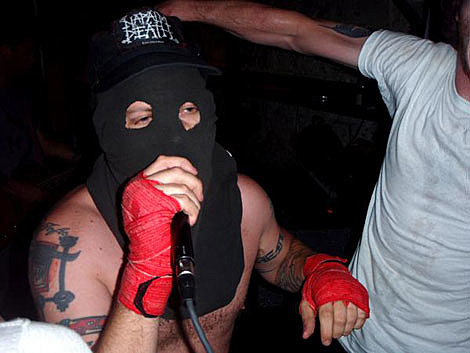 80s Hardcore bill themselves as "The World's First and Only 80s Hardcore Cover Band", and although their MySpace doesn't list any of the members, we do know that the masked man is Vice co-founder Gavin McInnes, who if you didn't know last week, you may have learned about in that recent "hipster" "news" video.

80s Hardcore is playing a free show at Cake Shop tonight/Friday (which means there are at least two reasons to go to Cake Shop today). What songs do I think they will play? Funny you should ask because their entire planned setlist, along with the flyer and a video, is below... 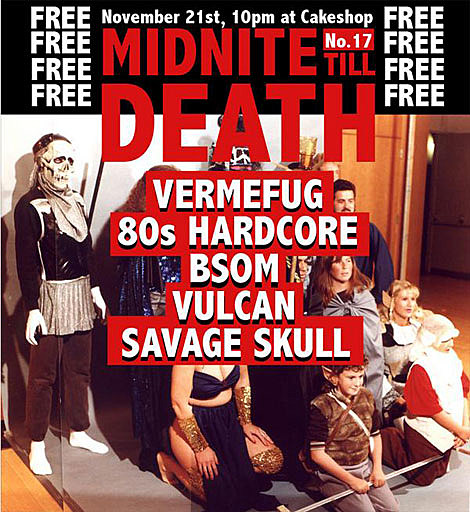 For some upcoming shows by actual hardcore bands, including three bands on their setlist, check HERE.