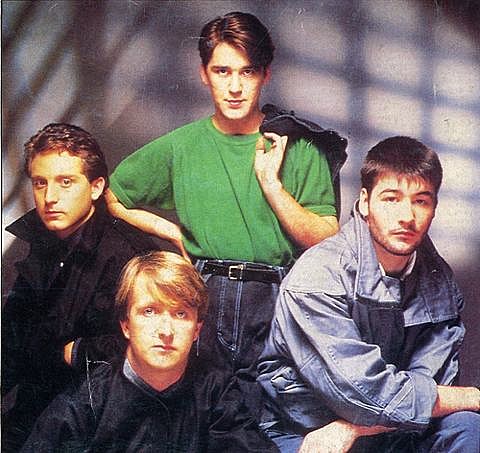 The weird title of the first album by this Liverpool group -- essentially a duo of Gary Daly (words, keyboards, vocals) and Eddie Lundon (guitar and music), plus Dave the percussionist -- does convey a sense of what China Crisis is about. The rhythms -- R&B, funk, reggae, Afro-gypsy, bossa nova -- are so gently, modestly, melodiously proffered that it goes down too smoothly. Then you notice that the dreamily enunciated sentiments interface the political and the personal, with hopeful dreams and admissions of self-doubt and inner struggle. The cohesive feel is maintained despite four different producers; China Crisis' sturdy intellectual backbone emerges often enough to avoid wimpiness.

Liverpool's China Crisis took the '70s yacht rock asthetic and brought it into the age of mid-'80s New Romantics (Steely Dan's Walter Becker produced two of their albums.) While they never made a dent the U.S., the band had a string of UK hits, including "Christian" and "Wishful Thinking." ("Arizona Sky" from 1986's What Price Paradise? was a minor college radio hit here.) Core members Day and Lundon have played sporadic China Crisis gigs over the last ten years -- and they are playing in NYC tonight (5/2) for the first time in ages for two shows at The Iridium Room. There's an 8 PM and a 10 PM and tickets are still available. No other North American tour dates that I could find.

A few vintage videos are below.