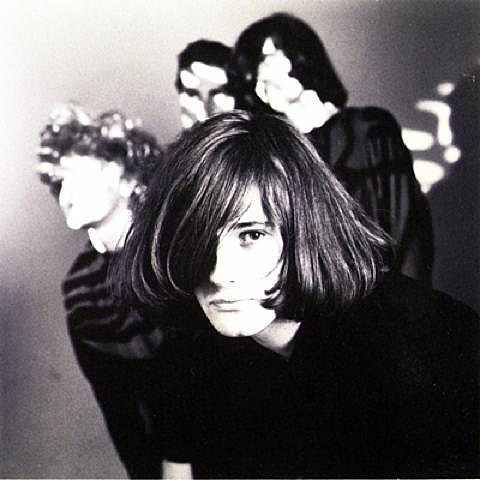 Existing for a barely five years, UK psych band Loop were one of the most perfectly-named bands ever. Rarely bothering with verse-chorus-verse song structure, the South London group took a riff and added layer upon layer till it had its own gravitational field. They were heavy, man, and got heavier as they went along. The band made three album and two of them (1987's Heaven's End and 1990's A Guilded Eternity) are genuine cult classics. All three of their albums (including 1988's Fade Out) were reissued in 2009 and can be streamed on Spotify.

The band called it quits in 1991 but the A Guilded Eternity line-up has reformed to play AND curate the second half of this year's All Tomorrow's Parties End of an Era which happens from November 29 - December 1 in Camber Sands, UK. The rest of their line-up includes postpunk legends The Pop Group and 23 Skidoo, plus Fennesz, Dirty Beaches, Eaux, Hookworms (who we recently profiled), The KVB, Thought Forms, a DJ set from Edan and more TBA. Earlybird tickets are on sale now.

No word on other Loop shows, specifically, but frontman Robert Hampson writes that they band will be performing "a number of shows from late 2013 to mid 2014 at various venues across the world." Let's hope that includes North America. Surely Austin Psych Fest would be interested?

As for the "End of an Era" part, these will be ATP's final "holiday camp" festivals, though they plan to continue putting on events. Flyers for both APT End of an Era weekends are below, along with Loop song streams, are below. 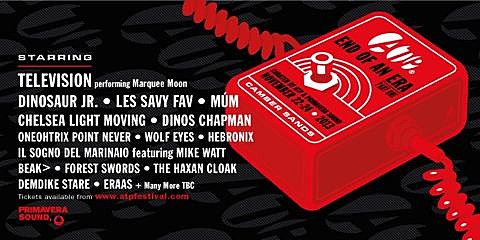 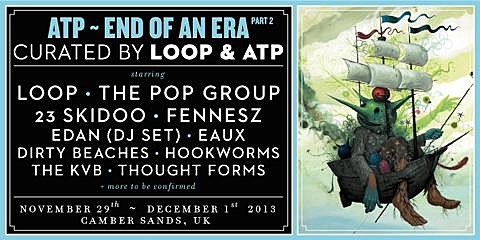