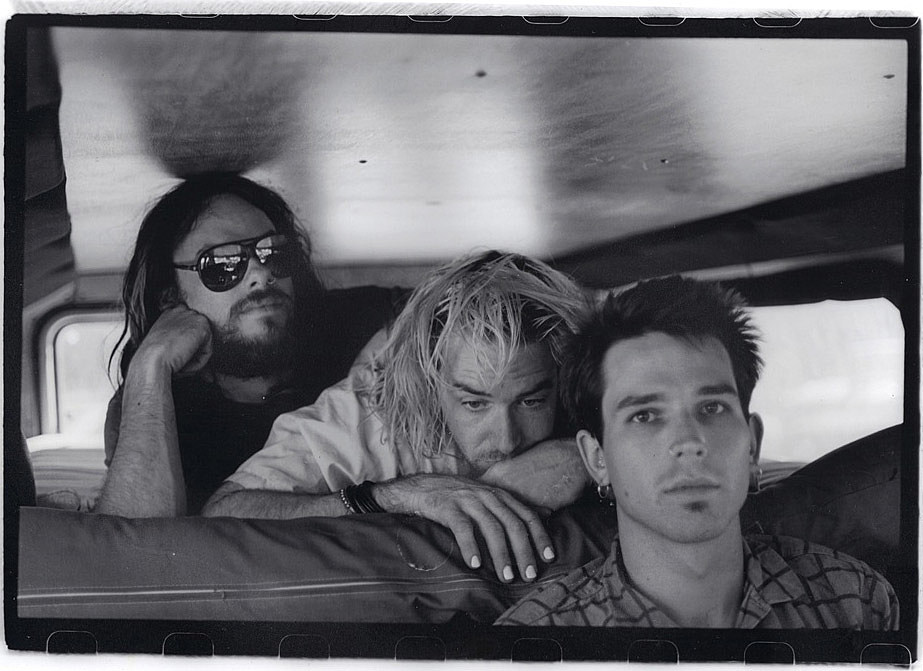 It all began in the early '90s, when [Andee] Connors left his home and school in San Diego to play music in the Bay Area. Shortly thereafter ('92), he teamed up with bassist John Trevor Benson and guitarist and fellow vocalist Erik Hoversten to "make the most difficult music possible."

According to Connors, A Minor Forest took on a higher calling early on: making weird art and fucking with audiences as much as possible.

"A lot of our early shows were 45 minutes of nonstop repetition," Connors says. "Over time, we drifted away from that and became less overtly annoying."

Along the way, some people caught on to A Minor Forest's "weird art project." One such person: Legendary Nirvana producer Steve Albini, of Big Black and Shellac fame, who recorded AMF's album Flemish Altruism (Constituent Parts 1993-1996) on Thrill Jockey in 1996. - [SF Bay Guardian]

Bay Area math rock trio A Minor Forest broke up in 1998 but are fondly remembered alongside acts like Don Caballero, Rodan and June of 44. They're also remembered for giving their serious-sounding songs some amazingly non-serious titles like "Jacking Off George Lucas" and "No One Likes an Old Baby." (Also, drummer and lead "yeller" Andee Connors set up his kit at the front of the stage with his back to the audience.) In December 2013, the band played reunited at San Francisco's Bottom of the Hill which was their first show in 15 years.

2014 finds the reactivated A Minor Forest very busy. Thrill Jockey will reissue 1996's Flemish Altruism and 1998's Inindependence as a four-LP set for Record Store Day, with the former getting a total remaster and new artwork. Shortly after, the band will head out on tour, stopping in NYC on May 7 at Glaslands with The Austerity Program, and LUSHES. Tickets for that show are on sale now.

All tour dates are listed, along with some streams and live video, below...

A Minor Forest - The Loneliest Enuretic