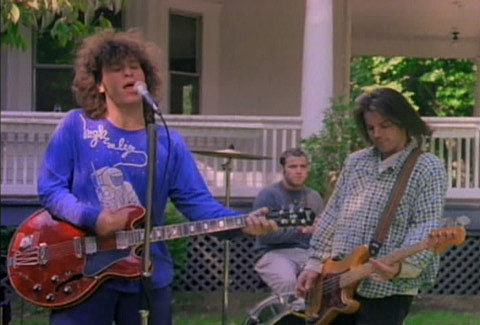 UPDATE: This event was canceled, and Danny & Mike will now tape their podcast at The Bell House the same night (10/9) with Polaris performing. Tickets ($10) are on sale.

As mentioned, Super Week happens right before NY Comic Con with all sorts of cool special events. One of them is SLIMED: A Night of Nickelodeon Nostalgic Nonsense which happens at Hammerstein Ballroom on October 9. The evening will feature a panel discussion, a live taping of Pete & Pete stars Danny Tamberelli and Michael Maronna's podcast, a segment on the music of Doug (a live performance by show creators Fred Newman & Dan Sawyer), and... a live performance by Polaris (Mark Mulcahy's band that did the Pete & Pete theme song, "Hey Sandy"). This will be Polaris' first-ever NYC show. Maybe DFA co-founder Jonathan Galkin will be there -- he was a castmember of Hey Dude. Tickets are on Super Week presale now (password is NYSW) with the general on-sale starting July 24 at noon.

Slimed is also the title of Mathew Klickstein's book on Nickelodeon which was released last year and is presenting this event. Video of Pete & Pete's opening credits below... 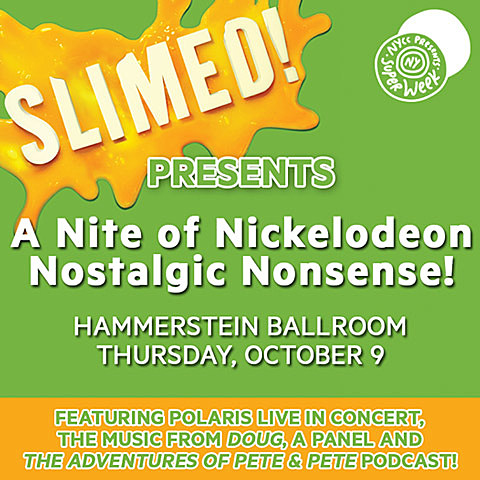