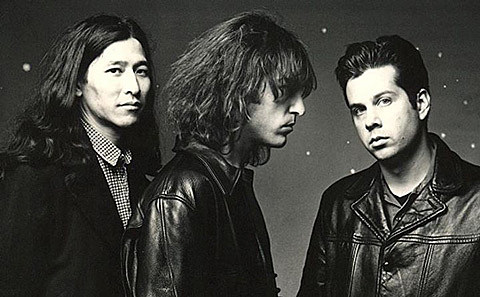 Featuring original Soundgarden bassist Hiro Yamamoto and ex-Screaming Trees drummer Mark Pickerel, '90s Seattle band Truly was primarily driven by singer/guitarist Robert Roth and together they crafted heavy psych that was tied to grunge but pretty unlike anything else going on at the time. The band released an EP on Sub Pop in 1991 but didn't get around to making their debut album, the conceptual Fast Stories...From Kid Coma till 1995 which was released by Capitol Records. It's a real lost gem from that era, employing keyboards, strings and other then out-of-fashion elements, while still being heavy and melodic. A YouTube stream of the album is below.

Truly, who reformed in 2008 and have been performing live sporadically ever since, will be celebrating the 20th anniversary of Fast Stories with a fall tour that kicks off at NYC's Mercury Lounge on September 22. Tickets for that show are on sale now. All dates are listed below.