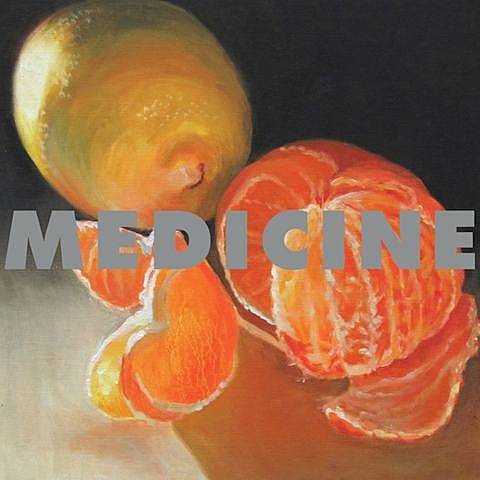 Last year, Captured Tracks reissued the '90s output of SoCal shoegazers Medicine whose ability to meld the eardrum-shattering noise with beautiful melodies was unequaled in America at the time. (Especially on 1992's Shot Forth Self Living and 1993's The Buried Life.) Now comes word that Brad Laner has reformed Medicine and will release To the Happy Few, their first full-band record in 18 years, on Captured Tracks in August. That's the cover art above. The first single is "Long As the Sun" and finds the tightrope act between the sweet and the shrill completely intact. You can download it above or stream it below.