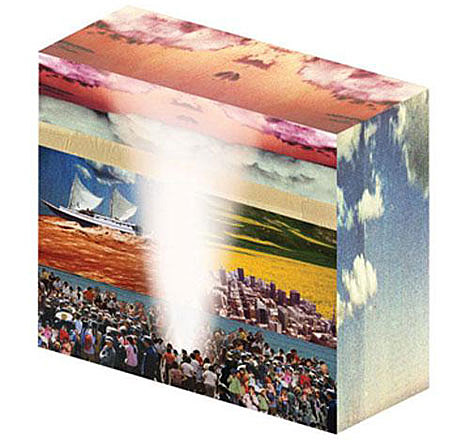 Jason Collett's new record, Rat A Tat Tat, came out Tuesday (3/9) on Arts & Crafts. His tour with his backing band, Zeus (who just put out an album of their own), and other opener Bahamas starts this week in Canada before getting to SXSW next week. One of Collett's shows there will be the BrooklynVegan/M For Montreal day party at Galaxy Room on Saturday March 20th. His full schedule for the fest is below.

The three-band tour comes to NYC for a pair of shows in April. They'll play Mercury Lounge on April 23rd (tickets) and Union Hall on April 24th (tickets). Zeus will be at both of those shows (previously Mercury Lounge was listed as "Jason Collett only").

Jason Collett's other band, Broken Social Scene, will also be at SXSW, where they're scheduled for two shows. The first is Thursday, March 18th @ Stubb's with Drive By Truckers and Band of Horses. The second is the official Arts & Crafts showcase @ The Parish on Friday, March 19th:

Arts & Crafts extended family band Metric play a SXSW show at Stubb's on Friday, March 19th (probably with Muse). Timber Timbre play at least one more SXSW show while in Austin and kick off a tour with The Low Anthem later in March.

The collective is currently plotting its support shows for new record Forgiveness Rock Record, which comes out May 4th on A&C. The first song off that is posted above, right above the picture of the boxset version of the album

As far as NYC shows, BSS will play Webster Hall on May 7th, and they're playing Rumsey Playfield in Central Park on September 17th (the weekend before Pavement take over the space). They have summer festival appearances lined up too (Sasquatch, Pitchfork, their own Toronto fest), which are listed below.

Sally Seltmann will also be at SXSW, though she isn't on the lineup of that Parish show. You might remember her from her old moniker, "New Buffalo". Sally's new album "Heart That's Pounding" is out April 6, 2010 on Arts & Crafts. Cover art and all dates below.

Speaking of Arts & Crafts, A&C alums Stars will be putting out a new album, The Five Ghosts, on their own Soft Revolution Records on June 22nd.

We have never written an album with this much cohesion and unity' says vocalist Amy Millan , 'It is the first time we've had the luxury of being together in a huge room writing songs off the floor. The
Five Ghosts is quintessential STARS.'

They're planning a North American tour for this May and June, where they'll be playing The Five Ghosts in its entirety followed by a set of fan-picked songs. The album tracklist, a video of the band in the studio, and tour dates for all of the above are below...

The Five Ghosts - Making Of, Part One

Stars - 'The Five Ghosts' track list
Dead Hearts
Wasted Daylight
I Died So I Could Haunt You
Fixed
We Don't Want Your Body
He Dreams He's Awake
Never ...Been Good With Change
The Passenger
Last Song Ever Written
Winter Bones 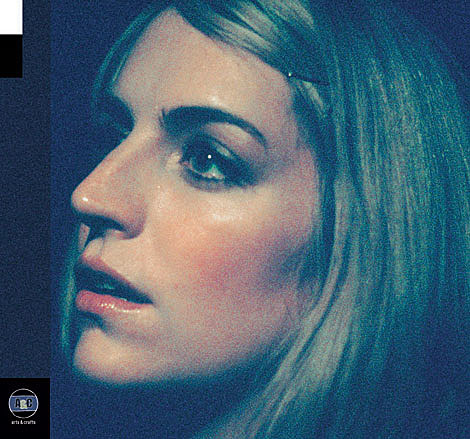 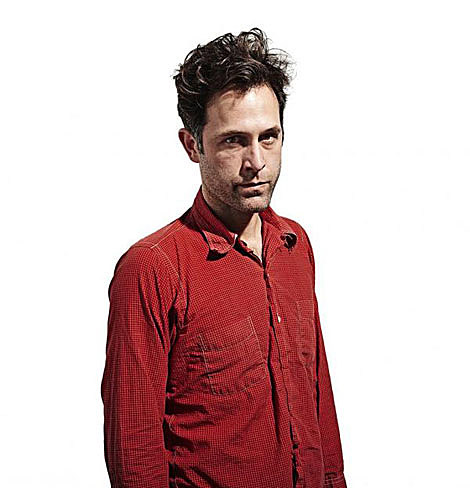 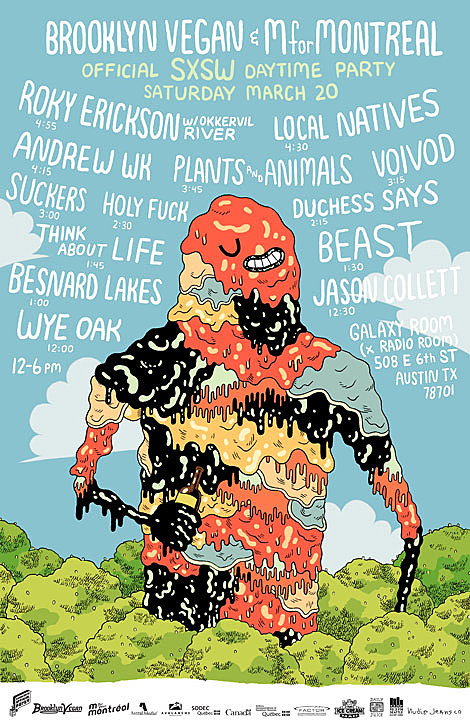