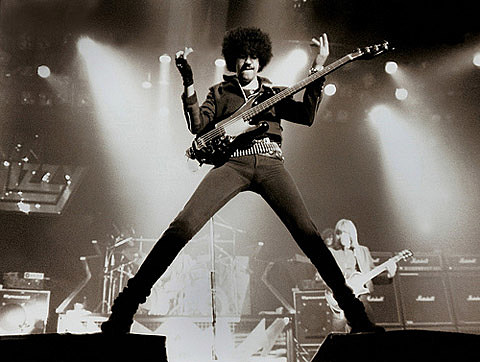 A treasure trove of tapes stashed away by Thin Lizzy frontman Phil Lynott will be released as a boxed set later this year.

Twenty six years after the Dublin rocker's death at the age of 36, more of his lost music will be heard by the public for the first time in June.

Shortly before he passed away in 1986, Mr Lynott gave 150 tapes to a third party for safekeeping. The cache of up to 700 songs has finally been released to record company Universal Music.

"In every group there's a member who lovingly collects their recordings and in Thin Lizzy that was Phil Lynott, because Lizzy was his baby and his band."

It will be the second boxed set in recent times to feature archive work by the band, following last year's 'Live At The BBC' release.

But the newly unearthed recordings stretch from Thin Lizzy's years with Decca Records, beginning in 1971, to their 'Renegade' album in 1981.

"There are out-takes, unheard versions of Thin Lizzy hits and, most exciting of all, material which was recorded but never released at the time," said Mr Hammonds. -[Belfast Telegraph]