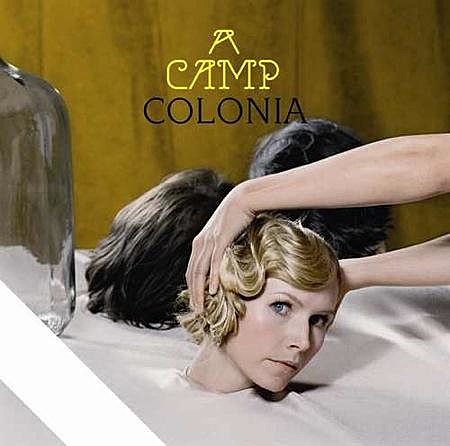 "A Camp will embark on their first ever US tour later this Spring, kicking off things at the Bowery Ballroom in New York City on May 26th in support of their highly anticipated US debut Colonia - out this Spring on Nettwerk Records. A Camp features the lovely and talented Nina Persson (The Cardigans front woman and frequent member of the Citizens Band), her husband Nathan Larson (renowned American film composer and member of Shudder to Think), and Niclas Frisk (from the Swedish pop-rock sensation Atomic Swing). The coast to coast trek will have the band visiting prominent venues in 11 US cities including the Middle East in Boston, 9:30 Club in Washington, DC, Bluebird Theater in Denver and The Crocodile in Seattle before performing the final show on tour at the famed Troubadour in LA."

As previously mentioned, tickets are now on Am Ex presale for the NYC show. All dates below...