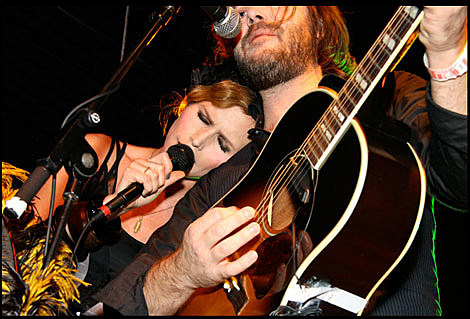 It's A Trap: What does the name "A Camp" actually refer to?

Niclas Frisk: We just decided that we would go up to the woods and do some songs, do some drawings, bake some bread and record some music. At some point Nina said that we were having a camp in the woods. And at the same time we were shopping in a supermarket and saw this maple syrup with the name "Camp" on it and on the logo there is a small wooden house on it. It wasn't more than that, we decided; let's call it "A Camp".

It's A Trap: How come James Iha is appearing on your album?

Nathan Larson: He's an old friend. A great guy and a great supporter. He owns the studio were we recorded most of the record. And Niclas independently came to know him and worked with him.

Niclas Frisk: He is a mutual friend to all of us and in some way sort of a remote band member.

It's A Trap: Why did you choose Nicolai Dunger to make a duet with?

Nina Persson: Nicolai is one of my old favourite male singers and I like his music a lot.

The interview is referencing A Camp's 2009 album "Colonia which contains guest appearances by ex-Smashing Pumpkins guitarist James Iha, Joan As Police Woman and Swedish singer/songwriter Nicolai Dunger." That is of course in addition to core band members Nina Persson (Cardigans) and her husband Nathan Larson (Shudder To Think).

Colonia was released in April. Since then A Camp also put out a 5-song digital-only Covers EP.

On Tuesday night (11/17), A Camp played a sold out show at Le Poisson Rouge in NYC. James Iha was there and joined them on stage. More pictures from the gig below... 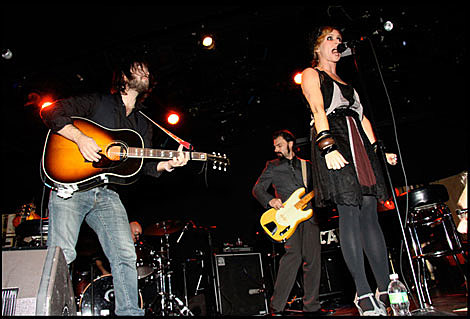 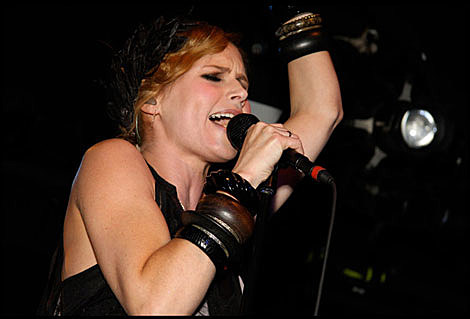 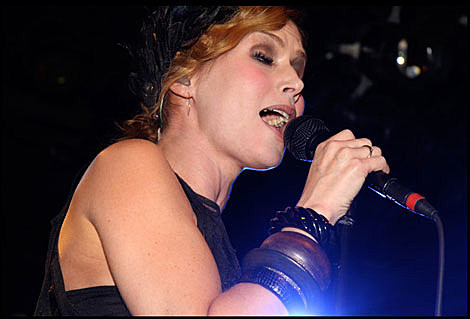 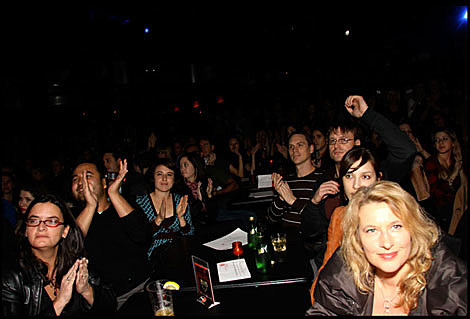 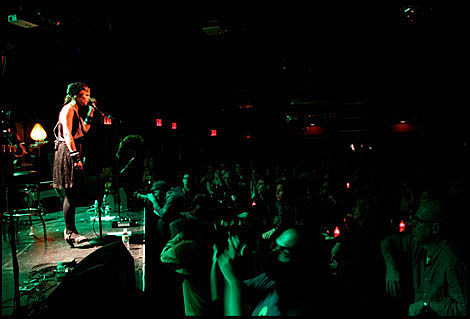 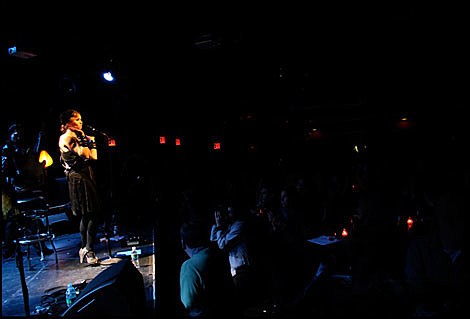 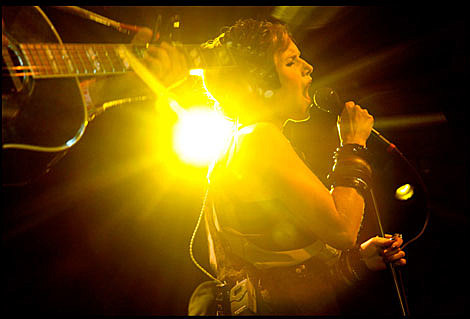 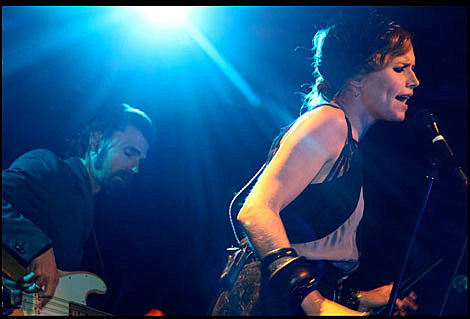 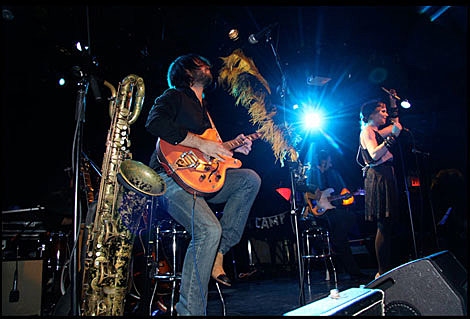 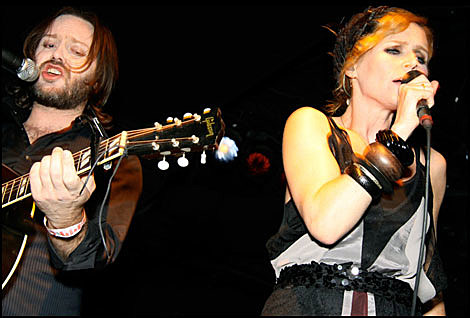 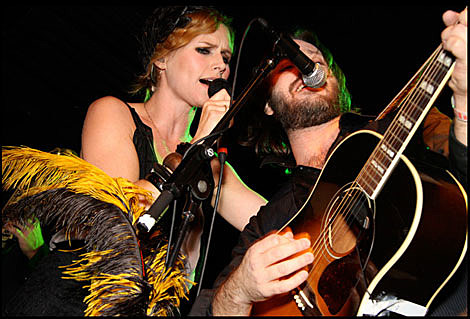 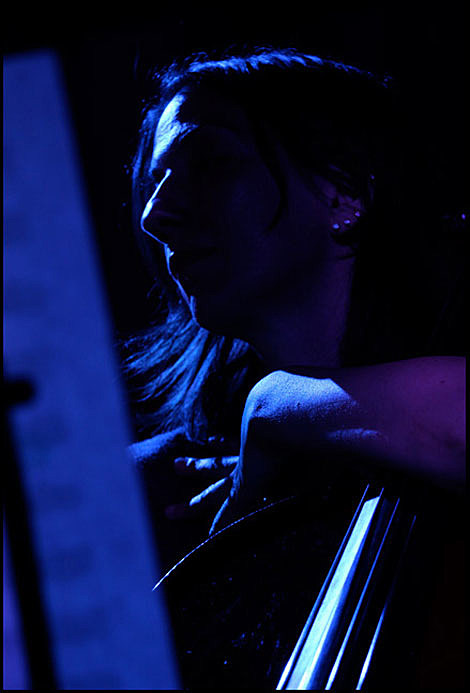 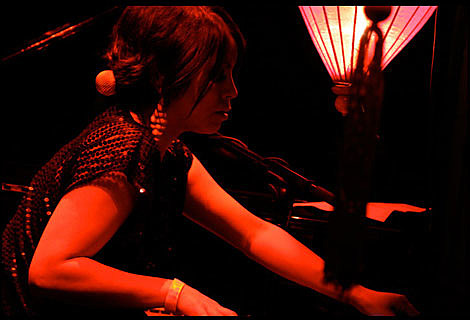 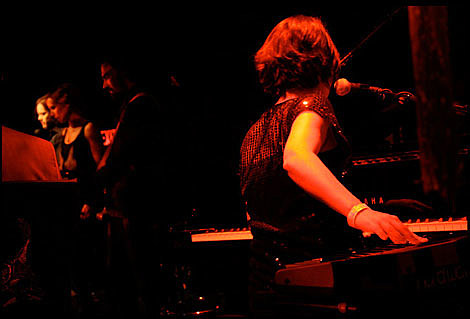 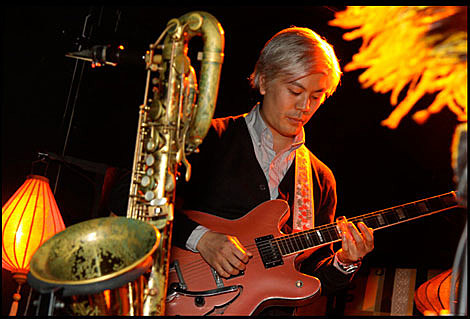