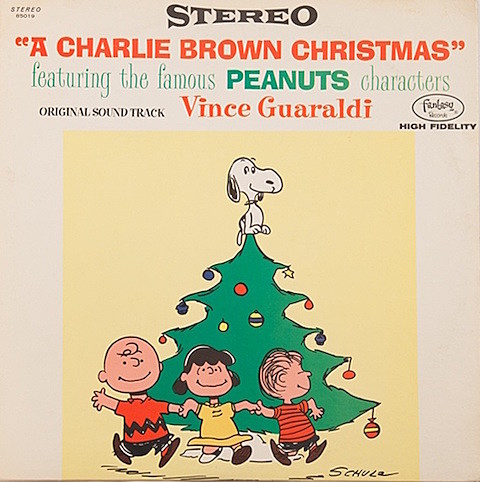 It's the 50th anniversary of beloved holiday special A Charlie Brown Christmas, which first aired December 9, 1965. It already aired on TV this year, but there's a new 50th Anniversary DVD edition, and it's available for streaming and you can watch below.) The music in the episode, by the Vince Gauraldi Trio, has become as much a part of the holiday season as the special itself. The 2009 box set, The Definitive Vince Gauraldi, has just been reissued on vinyl and includes 31 tracks recorded by Guaraldi between 1955 and 1966 across four LPs. The Charlie Brown Christmas soundtrack is also available on vinyl.

In other news, A Charlie Brown Christmas is being performed live in Brooklyn this month at Redwood Studios in Gowanus. (In years past it was performed at Brooklyn Lyceum.) The production performs the special "word for word and gesture for gesture set to a jazz trio performing the amazing Vince Guaraldi score." Here are the dates and showtimes:

For more seasonal entertainment, check out our guide to NYC holiday events and shows.