DOWNLOAD: A Classic Education - What My Life Could Have Been (MP3)
DOWNLOAD: His Clancyness - Mystify the Ocean (MP3) 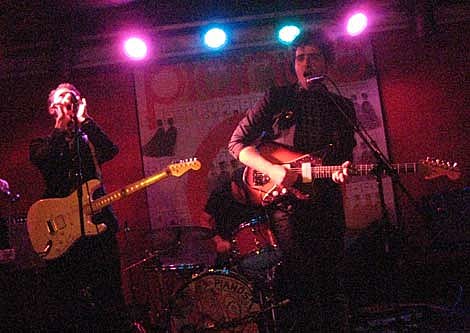 In that post about all the Scandinavian bands hitting town this weekend I mentioned that Italy's A Classic Education will be playing with Casiokids, Spleen United and Banjo or Freakout at Pianos on Saturday night. They'll also play Bruar Falls on Sunday (3/14) with onetime Lucksmith Darren Hanlon (who's opening for Magnetic Fields at Town Hall tonight [3/11]); and then on Monday (3/15) at Cameo Gallery with Irish shoegazers Butterfly Explosion, Florida's Million Young, Philadelphia's Golden Ages and Brooklyn band Starring.

They're stopping in NYC to play some shows before, you guessed it, heading to Austin for SXSW. Their official showcase is Thursday, March 18 at Friends with Surf City, the Kissaway Trail and others.

To my ears, ACE sound somewhere between Built to Spill and Fanfarlo -- orchestral but never too grandiose or precious. SPIN picked them as one of the "50 Must-Hear Bands at SXSW" and you may have seen them when they played one of the Brooklyn Vegan day parties during last year's CMJ. You can download the band's most recent single, "What My Life Could Have Been," at the top of this post.

When not fronting A Classic Education, Canadian-born singer Jonathan Clancy records under the name His Clancyness which is more in the hissy, cassette loving world of Woodsist/Underwater Peoples/Captured Tracks. For those heading to Austin, he'll be doing one solo show during SXSW on Friday (3/19) at the Shake Some Action! party at the Karibu Etheopian Restaurant. For more info on the three-day unofficial event, check out the details at Weekly Tape Deck. It's a pretty killer lineup all around.

Flyers and tour dates are below... 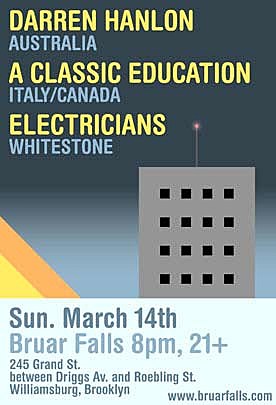 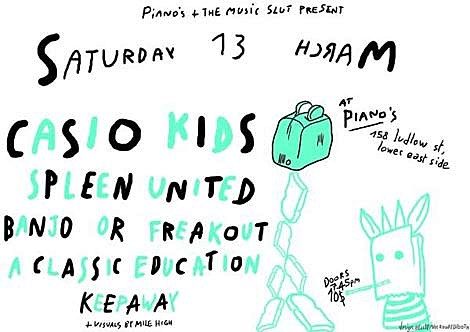 SHAKE SOME ACTION! BY THE SENSITIVE HOMEBOYZ from Yours Truly on Vimeo.