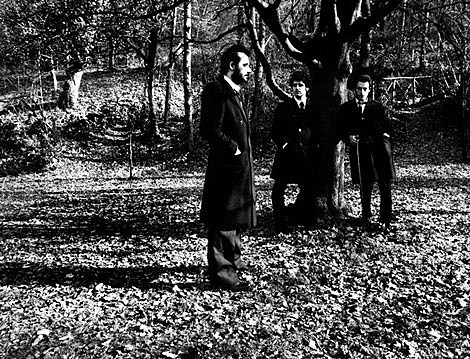 Wanted to reach out to all of you to give you some news and details about our NYC and SXSW shows...but most of all to give out the following gift.

We recorded a cover a few days ago and wanted to "hand" it out! We've been wanting to do this tune for a long time, ever since I saw it on tv a few years back. It's a cover of french singer Gilbert Bécaud and it's called "Toi". The important thing is that he sings the song in a special italian version in an amazing scene in the 1965 movie "Io la conoscevo bene" by Antonio Pietrangeli. We did an english version. Check out the famous scene from the movie [in the video below] - [A Classic Education]

That message comes from the Italian band A Classic Education who play their first of three NYC shows tonight (3/13) at Death By Audio. The Brooklyn show is presented by Less Artists More Condos and also has Pink Reason, Sisters, Strange Shapes, and Ava Luna on the bill.

Our previous post only had two NYC shows at first, so in case you missed it, they are also playing Cake Shop Saturday, AND Fontana's on Monday with UK band Screaming Tea Party (who you can read more about HERE and HERE).

"Last but not least as previously announced we will have our new Best Regards 7" on the road. You can preview the song on our myspace or you can wait for more info and official release from the lovely Bailiwick Records." -A Classic Education

They also play three shows at SXSW. All dates and the above-mentioned video below...