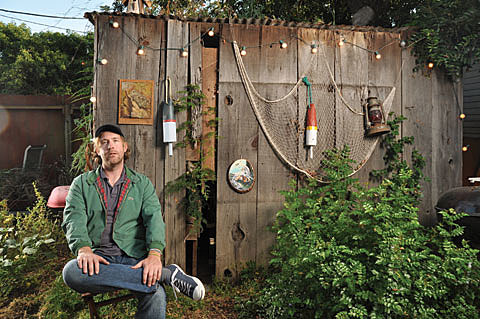 Kenseth Thibideau is not currently touring with Tarentel, Pinback, Three Mile Pilot, Rumah Sakit, or any one of a number of his other projects, but the Californian IS prepping to release his first solo LP. Spanning eight tracks over its 40 minutes, Thibideau's debut Repetition ventures into Krautrock-y territory via -you guessed it- repetitive themes, while firmly rooted in pop song structure. The results of Thibideau's solo departure land him anywhere between mathy funk ala Battles ("Moon 2") and the shimmering breathy pop of "Black Hole". Download those tracks above, and look for the LP, due Temporary Residence Limited on July 20th. Preorder yourself a copy.