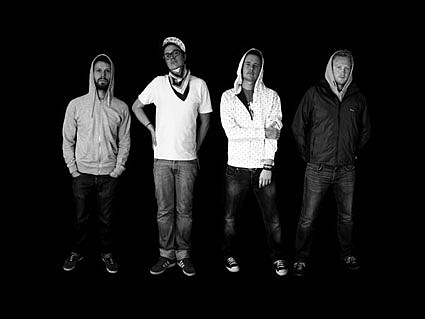 The Fashion (DK)
Rumor has it, this band was formed to make fun of the whole mainstreamo/mallcore thing, but much to their chagrin, then suddenly became immensely popular in that scene. After that, it wasn't long before the major labels came a-knockin' and then they're cashing in! Ca-ching! Seek out some of their old promo photos if you don't believe me - the matching white-belts and kerchiefs has got to be a joke, there's no other way. As for the music, they do a decent job with it, but I'd recommend you check out the drummer's "real" band Lack instead. Their new album "aturate every atom absolutely slays.

Afenginn (DK)
Awesome Klezmer/Norse/Eastern European folk by way of Denmark. I know a lot of you (okay, most) are probably thinking "who cares?" but perhaps I can convince you otherwise with the knowledge that a member of hype act White Denim is responsible for me hearing this band? Naah, that probably doesn't make a difference. 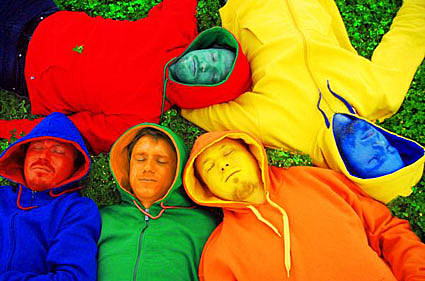 Slaraffenland (DK)
I like this band. Just saying their name out loud is enough to make me smile.

See you in Austin?

Hope to see a lot of you to one of our shows:

Other bands this night: Nick Butcher, Bear in Heaven, Pattern is Movement, Tacks, The Boy Disaster and Megafaun...

Other bands at this day party: Megafaun, Bear in Heaven, Stars Like Fleas, Pattern is Movement, The Gang, Sybris and Pidgeon

Wolfkin (DK)
They lack the silly kitsch value that makes so many of their Crunchy Frog labelmates (Junior Senior, PowerSolo, etc.) so much fun. Without that, they don't got much. Pass.