line to get in Other Music on Record Store Day 2012

As you are probably aware, this Saturday (4/20) is Record Store Day. We've already told you some of our picks from the myriad #RSD13 exclusives, but many of NYC's record stores are having special events that day. While this guide is pretty thorough, it may not be comprehensive. If you know of cool Record Store Day happenings that aren't in this post, let us know in the comments. But here's the stuff we found:

We already told you about Greenwich Village mainstay Generation Records who are having live performances from Forgetters, Doug Gillard, Swearin' and Livids as well as DJ sets from WFMU's Tom Scharpling and Forgetters' Blake Schwarzenbach. Generation will open at 10 AM, with bands starting at 2 PM. Schedule still TBA.

While you're in the area, take a second to walk over to Bleecker Bob's where you won't find any records for sale, but as of Wednesday you could still at least take one more look through the window at the somewhat-still stocked shelves of the closed store.

Over at In Living Stereo on Great Jones, they'll have live performances from Alex Bleeker & the Freaks and Prince Rupert's Drops, plus free PBR from noon. More info here. 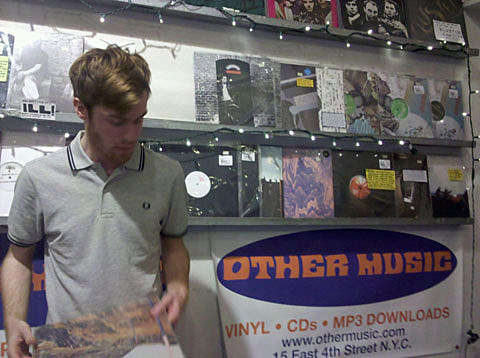 Other Music isn't big enough to have bands play while people shop, so they have bands DJ during RSD, and this year's line-up will have Parquet Courts, Sharon Van Etten, Jonathan Toubin and more on the decks. Other Music opens at 10:30 AM with DJs starting at noon (schedule is below).

Also having DJs spin on #RSD13, as mentioned, is East Village shop Turntable Lab. Their line-up also includes FaltyDL, as well as Nomi Ruiz, Justin Strauss, Eli Escobar and many more. DJs spin from 10 AM - 8 PM.

Kim's Video & Music promises "DJ sets from some of your favorite local artists and DJ's" but they don't name names. They are, however, open at 8 AM.

Another EV store, Good Records, won't have RSD exclusives, but they will have a bunch of rare used vinyl they'll be putting out that day, including albums by Brian Eno, The Fall, Blur, Pink Floyd, The White Stripes and more. They'll also have free food and beverages. More details are here. 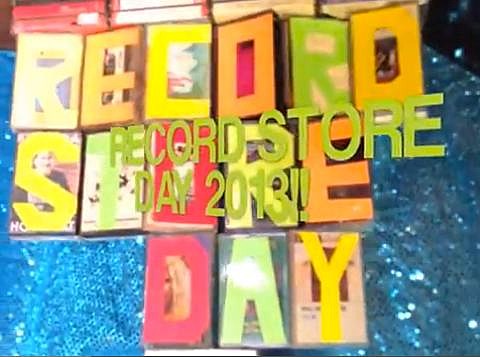 Some of you may not remember when Cake Shop back lounge was a record store, but they still carry a few a few new releases and they'll have a selection of RSD exclusives on Saturday. Additionally, they'll have "lots of deals, lots of old stuff we've been holding onto forever etc! Plus: tons of fun, possible balloons and maybe Eddie!" That night Record Store Day moves downstairs with an extremely stacked indie rock/pop line-up, with Literature, Grand Resort, Sparxx, Cascading Slopes, The Hairs, a short solo set from TPOBPAH's Kip Berman and Scott and Charlene's Wedding. Kip and Maria Sherman will also be on DJ duty. Doors for the night show are at 8 PM and is a mere $5 entry. A pretty weird, funny video hyping Cake Shop's RSD fun is below.

Downtown at J&R Music World, Anthrax will be in the house at 12:30 PM signing records and anything else you want their John Hancock on, and they generally have a good selection of #RSD13 exclusives too.

Meanwhile in Brooklyn, Record Store Day will be the last day ever for Williamsburg's Sound Fix, which is probably enough for them (read a new interview with the owner HERE). Last year they had doughnuts and coffee, if memory serves. They're open at 10 AM and in addition to RSD exclusive, their fire sale (which is happening now) includes "25% off all CDs, 10% off all LPs."

Williamsburg stores in general don't seem to be doing a whole lot of special events on Saturday, though both Academy Records Annex and Earwax will have #RSD13 exclusives, and East Village Radio will be streaming live from Academy Records at 4pm. 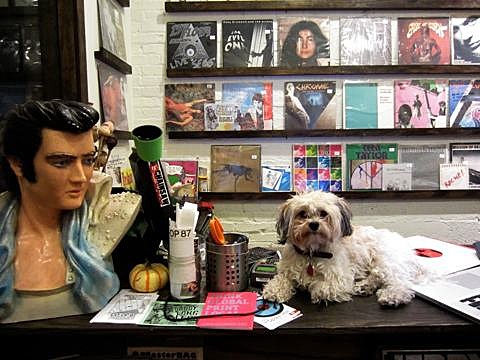 For the second year, the tiny but well-stocked Co-Op 87 in Greenpoint will be open for the entirety of Record Store Day, meaning midnight to midnight. No in-store performances or celeb DJs, but they are making a special offer for the truly insane record buyers out there:

"If you are tuff enuff to come to Co-Op 87 Records ONCE an hour, EVERY hour of Record Store Day (24 visits!) and spend $10 on a record (not multiple records) at least ONCE for EACH of those hours, you'll be entitled to an INCREASING percentage off, starting at 4% and increasing BY 4% each time on ANY one record UP to $100! That means he or she who braves this madness could by the final hour, buy ANY $100 or less record for a WHOPPING 96% off!"

Elsewhere in Greenpoint, Permanent Records will be open at 10 AM on Saturday with "free gift bags & goodies while supplies last," as well as "nearly all of this year's exclusive releases." And over at Record Grouch, they'll have a smattering of RSD13 exclusives and some choice used records put out just that day, in addition to their extremely well-curated stock of used vinyl.

DUMBO's Halcyon Records will have "instore DJs" and are open at 10 AM.

As for the general NY area, Vintage Vinyl in Ford, NJ will have a full stock of RSD exclusives but no in-stores announced,

And if you happen to be in Philadelphia on Saturday, Main Street Music will feature a special RSD performances by Billy Bragg, the Joy Formidable, Generationals and more.

And if you're in the Windy City, BV Chicago and Saki Records are throwing a RSD party with live performances from Pink Avalanche, The Beets, Twin Peaks and more.

Again, you can see all stores participating in Record Store Day 2013 here.

Other Music DJ schedule, Cake Shop video, Turntable Lab flyer and other RSD videos are below. 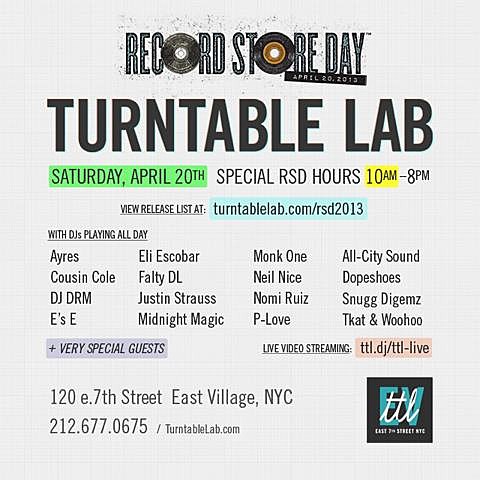