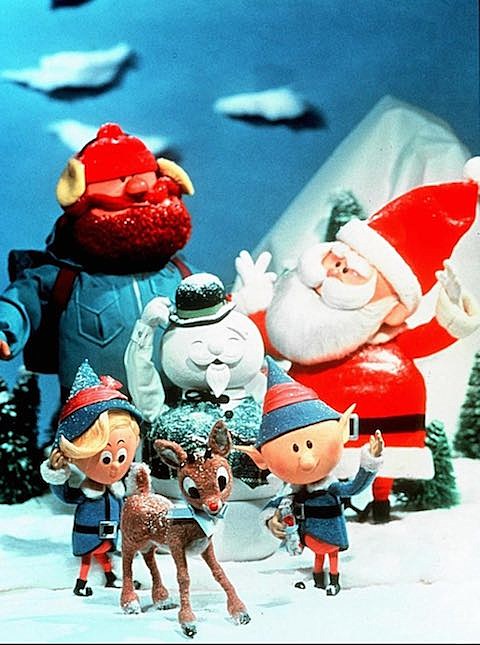 It's that time of year again. Like "All I Want is Christmas is You," holiday shows in NYC are omnipresent. We've already posted about NYC Hanukkah shows, now here's a roundup of just about everything else.

Darlene Love is playing four "Love For the Holidays" shows like last year at BB King Blues Club on December 20, 26, January 2 and 16 (tickets). Another Phil Spector associate, Ronnie Spector, is doing her annual Christmas shows this year at City Winery on December 22-23 (tickets).

India Arie is doing a Christmas show at Irving Plaza on December 15 with Johnathan Reynolds, and tickets for that show are on sale now.

There are also plenty of options for your holiday burlesque needs. Le Poisson Rouge is doing a few Christmas burlesque shows: Burlesque-A-Pades: Sleigh Ride on December 12 (tickets) and It's A Hot Pink Christmas on December 20 (tickets). Elsewhere: The burlesque troupe Wasabassco is putting on a late "Holiday Season Spectacular" at City Winery (tickets). Wassabasco will also be at Bell House on December 4 for a 70's themed Christmas show (tickets).

Mariah Carey is doing a run of holiday shows again this year at the Beacon Theatre on December 8-18 , and tickets for that are on sale now. For slightly less moolah and slighty less actual Mariah, there's a FREE Mariah Carey-themed party called "Party Like It's 1999: All I Want for Christmas is Mariah Edition." at The Bell House on December 5. Meanwhile, Union Hall is also doing a Holiday Pop Singalong on December 18 that promises to feature Mariah prominently, along with Bowie, Bieber, Wham! and more (tickets).

Speaking of The Bell House, they might be the kings of holiday shows. (Makes sense: the place is the ski lodge of NYC music venues.) Look at all these:  Buzzfeed's Kwanzaa Show on December 5, which is a sold-out taping of Buzzfeed's "Another Round" podcast with musical accompaniment by Jean Grae. The next night (12/6)  is "Landlady Holiday Spectacular," with people like Nels Cline, Eli Paperboy Reed, Cassandra Jenkins, Nick Hakim and more, which features live music and production of Landlady's holiday play Red Velvet: An Ill-Conceived Santa Story (tickets).

Lots and lots more holiday shows are listed below... 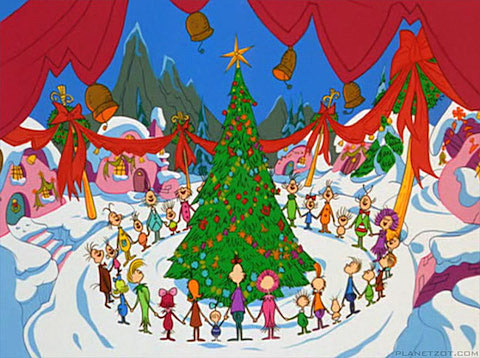 More Bell House fun: Eliot Glazer be doing a holiday-themed version of his Haunting Renditions show (operatic takes on pop songs) with his sister Ilana Glazer of Broad City on 12/9 (tickets). And last but not least is the Harry and the Potters Yule Ball on December 19 and hopefully you already know whether or not that's for you (tickets).

We would be remiss to not remind you that amongst all this Bell House holiday madness, there is also the BrooklynVegan-presented Kevin Devine DeVinyl Split Series Show on December 11 that also features Brianna Collins & Ben Walsh (Tigers Jaw), Matthew Caws, Meredith Graves, Cymbals Eat Guitars, and Laura Stevenson (tickets).

Are there more holiday shows at Union Hall, you ask? Of course! On December 15, it's  "A Cartoon Monsoon Christmas" with comedian and cartoonist Mary Houlihan (who has appeared on Brett Davis' show), as well as Joe Rumrill, Tim Platt, and Steven DeSiena (tickets). There's also another of Chris Gethard's "Career Suicide" shows on December 21 with guest Katie Ellen (of Chumped) and will surely include some holiday stories (tickets). The next night (12/22) is Jean Grae's talk show "The Show Show" which is presenting "A Very Special Christmakwaanza Night" with DJ Donwill and guests TBA (tickets).

Le Poisson Rouge is also hosting a bunch of holiday stuff. On December 13 they'll be doing the Dave Harrington and Friends Holiday Spectacular, which involves a ton of indie rock people like Martin Courtney, Peter Silberman (The Antlers), Jen Goma (A Sunny Day in Glasggow), Dave Monks (Tokyo Police Club), Olga Bell (Dirty Projectors), Holly Miranda, Oliver Ackerman (A Place to Bury Strangers) and many more. You may remember that last year's, which happened at Glasslands, had a surprise appearance by Mandy Patinkin. Sounds like fun and tickets are on sale.

More LPR holiday action: there's a live taping of the Yum's the Word podcast on December 13 which will be a holiday episode titled "Happy Challahdays!" featuring guests Constance Shulman, actor Jason Biggs, Adam Wade and host Robin Gelfenbien (tickets). On December 19 the venue will play host to A Murray Little Christmas with drag legend Murray Hill, which involves music and comedy and such (tickets). And on Christmas Day they'll have a Bollywood Disco Christmas Edition dance party, which should be exactly what it sounds like (tickets).

For something a little different, there's "Let Me Ascertain You: War on Christmas" which is a holiday show by experimental theater group The Civilians at Joe's Pub on December 8. The show will be consists "s an evening of verbatim interview excerpts and new music that gives voice to diverse cultural and religious minorities in America, focusing on their experiences and responses to the commercialization of Christmas." Sounds like fun. Tickets are on sale. For more on this subject there's Reverend Billy and the Stop Shopping Choir who are doing a Sunday Brunch residency at Joe's Pub (11/29, 12/6, 12/13. 12/20).

There's also a bunch of holiday shows coming up that we've already mentioned. Cyndi Lauper is doing her annual "Home for the Holidays" show at Beacon Theatre on December 5 with Boy George, Keb' Mo', Judy Gold and more (tickets).  Also at the Beacon, Sharon Jones and the Dap-Kings are playing the WFUV Holiday Show with Brandi Carlisle and Dawes on December 4, which is now sold out.

Andrew WK has a whole holiday tour that includes a show at Knitting factory on December 11 (tickets).

John Waters' holiday tour hits NYC at City Winery on December 6 (tickets) and the other at the new Asbury Park venue House of Independents on December 7 (tickets).

Rhett Miller will be doing his third annual holiday show at City Winery on December 12 (tickets).

Julie Klausner is now doing two 'Depressing Christmas Party" shows, with guests Ted Leo, John Early, Cole Escola and Anthony Atamanuik -- one at Sid Gold's Request Room on December 19 (sold out) and another at Bell House on December 21 (tickets). Ted Leo also has his own Christmas shows with Aimee Mann at Town Hall and Music Hall of Williamsburg (tickets).

That's all we've got for now (surely that's enough?) What did we miss? However you spend your holiday season we hope it's happy.