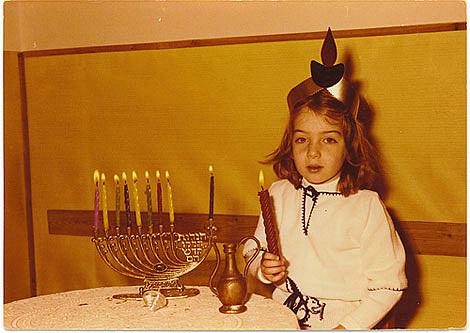 Over the course of the eight days (and before and after), many candles will be lit and many Hanukkah-themed events will be happening in and around New York City. Many will involve music. Here are a few...

Yo La Tengo will be repeating their tradition of playing all eight nights of Hanukkah at Maxwell's in Hoboken. Not surpringly, advanced tickets are all already sold out at Ticketweb, but to quote the band, "Tickets may still be available in person at Tunes in Hoboken and/or Other Music in NYC". Stay tuned for opener information as it's announced. Yo La Tengo are also playing a show in New Jersey on New Years Eve.

Also playing eights nights (except not all of them are on Hanukkah because he's taking the Sabbath off): Matisyahu. Tickets are still on sale for these shows that take place at Webster Hall in Manhattan and Music Hall of Williamsburg in Brooklyn. Openers include The LeeVees, Asher Roth and Little Jackie.

Southpaw in Park Slope is hosting Jewltide 6 featuring DeLeon on Christmas Eve. "DeLeon plays 15th Century Spanish indie rock infused with the deeply mysterious and entrancing cadences of the ancient Sephardic tradition." Tickets are on sale. This show is also part of a larger DeLeon/JDub national Hanukkah tour. All dates at the very bottom of this post. 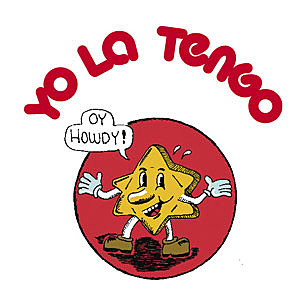 There are several songs associated with the festival of Hanukkah. The most well known in English-speaking countries include "Dreidel, Dreidel, Dreidel" and "Chanukah, Oh Chanukah." In Israel, Hanukkah has become something of a national holiday. A large number of songs have been written on Hanukkah themes, perhaps more so than for any other Jewish holiday. Some of the most well known are "Hanukkiah Li Yesh" ("I Have a Hanukkah Menora"), "Kad Katan" ("A Small Jug"), "S'vivon Sov Sov Sov" ("Dreidel, Spin and Spin"), "Mi Yimalel" (Who can Retell") and "Ner Li, Ner Li" ("I have a Candle"). [Wikipedia]

You can always count on Joe's Pub to bring it during Hanukkah. This year they've got:

Keep checking Joe's Pub's site for more holiday shows to be added, plus there's one that's part of the Sephardic Music Festival... 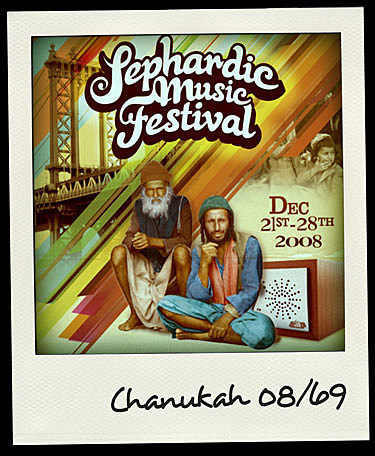 December 28, 2008
• Closing Night
all details will be announced one month before the event.

I don't know about this one, but anyway for the sake of completeness: Highline Ballroom also has a Jelvis show on Christmas called "The Kosher King JELVIS - The Jewish ELVIS presents A Jew-El Tide Christmas". Tickets are on sale. Later that night is the Sephardic show listed above.

That's it for now. What did we miss? Please list more events in the comments.

And here are those dates...