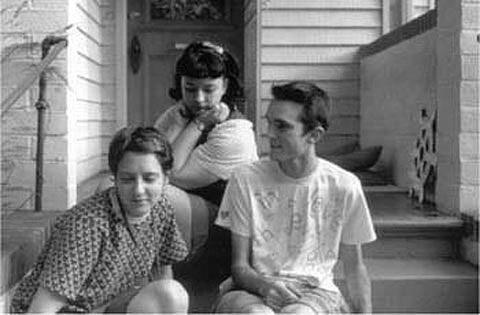 This week is the fifth-annual NYC Popfest which happens Thursday - Sunday (May 19 - 22) at a variety of NYC and Brooklyn venues, playing host to around 30 bands from around the world. Previous years have seen the likes of The Radio Dept, Pelle Carlberg, The Drums, Love is All, Allo Darlin' and more.

Festival passes are sold out at this point -- as are tickets to Thursday's show at Cake Shop with Pains of Being Pure at Heart and Gold-Bears -- but you can still get tickets to any of the other individual events.

We're also giving away pairs of tickets to the Friday, Saturday, and Sunday shows. Line-ups for each night are at the bottom of this post. We've got:

To enter, just send an email to BVCONTESTS@HOTMAIL.COM with the subject line "POPFEST" and the day you want tickets for, aka "POPFEST FRIDAY." We'll pick winners at random. Please note many of these shows are 21+.

This year's Popfest is a nice mix of new and old, jangly and loud. Every year at Popfest I've discovered at least two bands I'd never heard of before who've gone on to be favorites. I imagine this year will be no different. There are some MP3s above, plus a swell 24-song mix the Popfest folks made for your downloadable enjoyment. For this year's preview I'm just going to go through the events day-by-day. Keep reading below...

Thursday night's show at Cake Shop was pretty much sold out before the announcement of "secret headliner" Pains of Being Pure at Heart -- which immediately sold the remaining tickets. For those who did get tickets, I hope you go for the whole night because it's a pretty awesome set of bands.

Even without Pains, Thursday is a must see. As mentioned before, Atlanta's Gold-Bears are also playing whose debut album came out last week on Slumberland. Like TPOBAH, this foursome mix sweet melodies with roaring guitars. Gold-Bears, who played Popfest last year, are also playing Tuesday (5/17) at Brooklyn Fireproof with fellow Popfest-ers the Hairs, as well as the Sanctuaries, and Inland Island.

Another repeat are Oxnard California's Sea Lions who were one of my favorites last year and who I'm pretty sure will have a record out on Slumberland too. For those who want to see them but didn't get tickets to the Cake Shop show, Sea Lions also play two more shows including Death by Audio on Saturday (5/21) with The Hairs, Kids on a Crime Spree (more on both below) plus Bright Lights.

There's also Manchester, England's Amida who were on influential indiepop compilation The Kids at the Club and are in the same jangly vein as The Go-Betweens or Comet Gain; noisy Philadelphians Pet Milk (download their record for free); and locals Dream Diary who are currently playing as a trio because Madison (who's also in Coasting) moved to Memphis.

Betty and the Werewolves

Friday is the annual Mondo! night event, which now happens at Cameo after many years at Don Hills. It has almost always been my favorite night of the fest. I wouldn't be surprised if the same held true this year. Headlining is this year's indiepop heritage act, Go Sailor, the shortlived collaboration between Rose Melberg (Tiger Trap) and Amy Linton (Henry's Dress/The Aisler's Set) who released some seminal 7"s and one record in the mid-'90s. Slumberland is putting out a vinyl-only Go Sailor collection in June. Meanwhile, check out "Windy" at the top of this post. 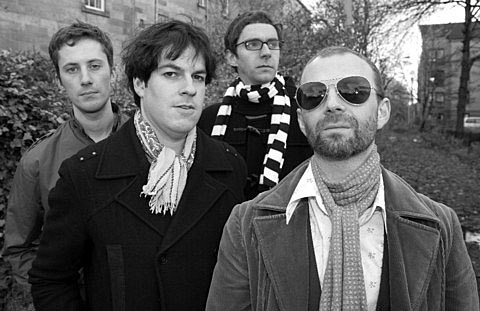 Equally as exciting is the U.S. debut of UK act Betty and the Werewolves whose debut album, Tea Time Favourites, is the kind of record that makes indiepop go nuts. Very British, very jangly, very cute, very catchy. Also from England are Glasgow's light and lovely The Felt Tips, also making their U.S. debut. Also from out-of-town -- Japan -- are Caucus who I don't know much about but their song on the downloadable Popfest mix is dreamy, melodic, loud and fantastic. 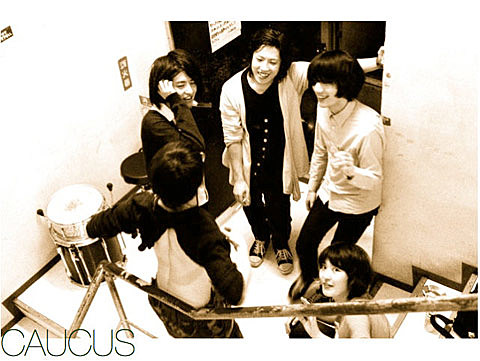 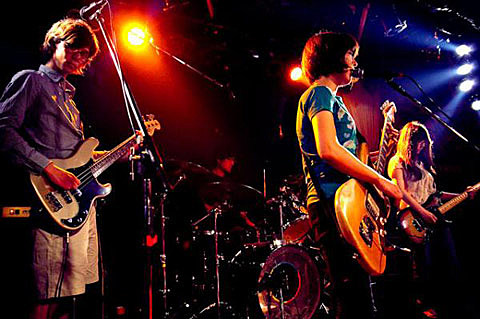 Crayon Fields frontman Geoffrey O'Connor is probably the highlight of this day show. We'll probably get an earful of songs due on his new solo album later this year. There's also effervescent electronic act Balún, Japanese popsters Smilelove, the delicate sounds of Very Truly Yours offshoot Tiny Fireflies, and the manic energy of locals The Specific Heats. 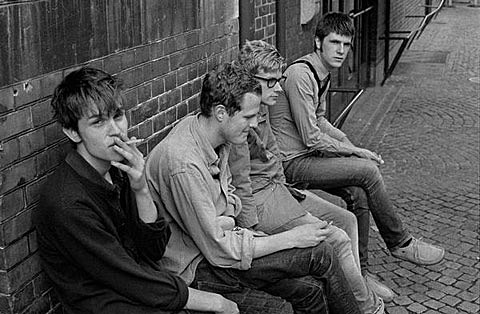 It wouldn't be popfest without at least one Swedish band, and Saturday night we get Gothernberg's Days, who are in that wispy jangly sonic subcategory that also includes Pelle Carlberg, Acid House Kings and Camera Obscura. There's a couple MP3s to check out at the top of this post. In much the same vein are London's The Sunny Street (though a little more keyboard-ish, think Trembling Blue Stars). 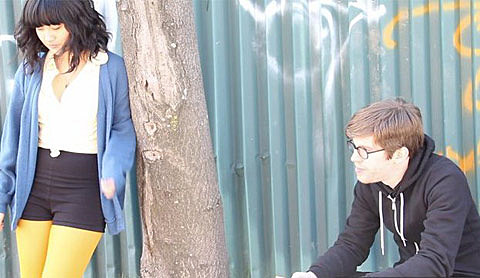 Also on the Santos bill: Cuffs, the new band from Andrew Churchman who was in Popfest veterans Pants Yell! (their debut single should be out at the merch table); singer-songwriter (and occasional Lucksmith) Darren Hanlon; Summer Fiction, the new band from Philly songwriter Bill Ricchini; and the Carnaby Street style girl group sounds of Brooklyn's Chalk and Numbers. 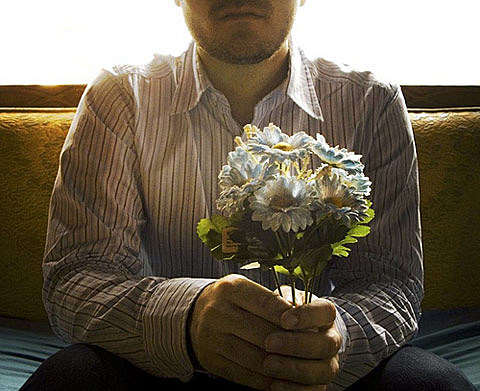 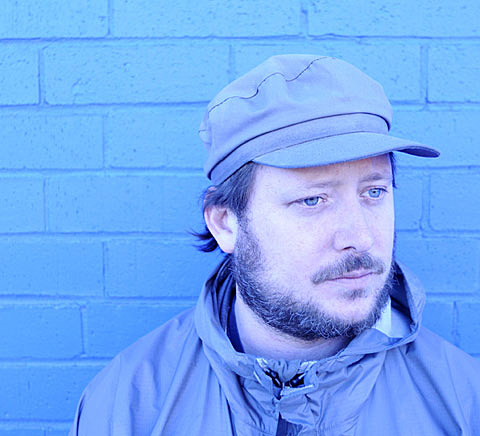 Sunday is an all day/night affair, headlined by a rare live performance from Fan Modine, aka North Carolina resident Gordon Zacharias who has been making highly orchestrated pop for over a decade. His new album Gratitude the Shipper is his first record in six years and was co-produced by The dB's Chris Stamey and should appeal to fans of The Zombies, The Left Banke and later XTC.

Kids on a Crime Spree 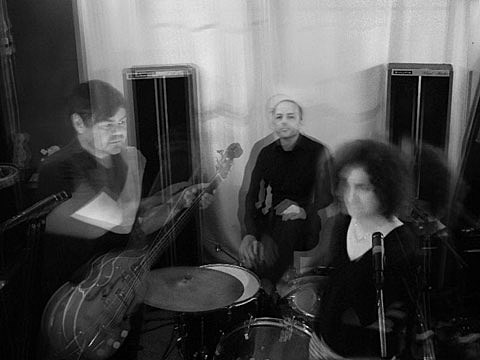 Sunday also marks the NYC debut of Kids on a Crime Spree, the band from Mario Hernandez, formerly of Ciao Bella and From Bubblegum to Sky (who played Popfest in '08). Kids' debut album, We Love You So Bad, is out May 31 on Slumberland (a word I have typed more than "indiepop" in this post) and is up there with my favorite things Mario has done over the last 20 years. '60s melodies meet bubblegum vocals in a smoky haze of feedback, distortion and handclaps. It's real good. Check out "Sweet Tooth" at the top of this post. 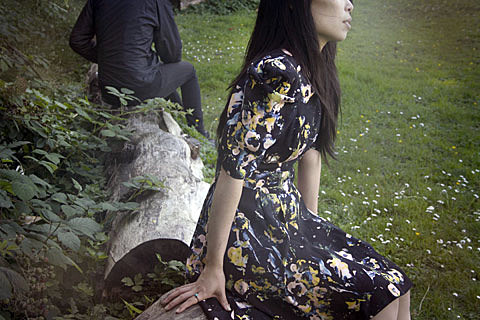 Lots more: I've been wanting to see San Francisco's Silver Swans since I first heard the spooky, minimal "Secrets" last fall. It's one of these songs that doesn't seem like much on first listen, but then its charms get under your skin and next thing you know you've listened to it 10 times in a row. You can download it at the top of this post, along with a a demo of new song "Mother of Pearl" and a cover of The National's "Anyone's Ghost." Definitely one of my Popfest picks.

If you can't make Sunday's show, Silver Swans are also playing with Austra next Monday at Mercury Lounge (5/23, sold out) and Pianos on Tuesday, May 24 with fellow Popfest band Balun. 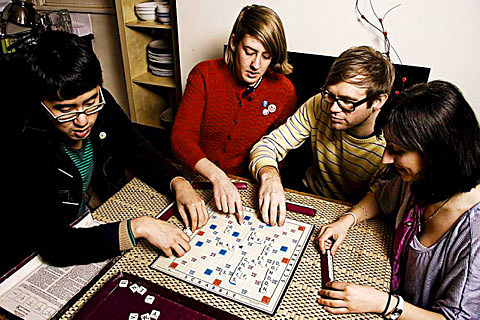 Also playing: Australia's Motifs, two members of which are also in The Crayon Fields. That means pretty much all the Crayon Fields will be here. Why aren't the Crayon Fields playing?!?!?!? I digress. For dreampop fans, there's Chicago's tremolo-bar-loving Panda Riot and Canadian group Persian Rugs. And also noisy noisy noisy CT group Procedure Club and our own The Hairs, the new group from Kevin of Knight School fame. 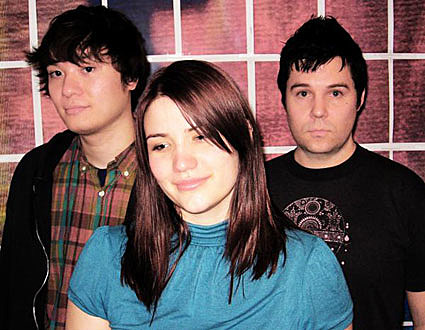 Hopefully the weather will be nice for this show so we can hang out on The Rock Shop's sweet roof deck in between bands. OK, that's the whole of Popfest 2011. That's a lot of indiepop. See you there.

While speaking of such things, I should also mention that a week later, Sea Lions and Kids on a Crime Spree will join the likes of Allo Darlin', The Undertones (minus Fergal Sharkey), former June Brides frontman Phil Wilson, 14 Iced Bears, Eternal Summers, The Beets, Terry Malts and more at the San Francisco Popfest, which happens Memorial Day Weekend (May 25 - 29) at various clubs over there. That one sounds like a good time too. 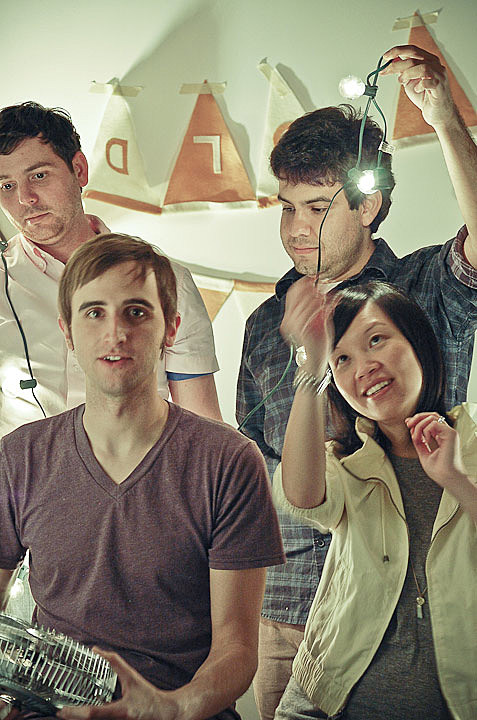