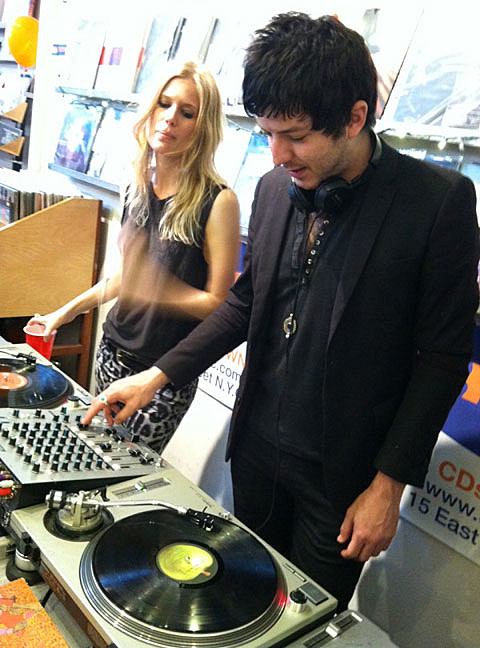 We're about a week out from Record Store Day 2013. When it began in 2008, RSD was a celebration of brick-and-mortar stores in the face of digital downloads, offering up exclusive releases to get people out to stores. It's blown up considerably since then, with hundreds of RSD-only releases. (Many of which fall into the hands of folks who turn it around on Ebay that same day, but what can you do?) While it is a mob scene these days, there is no doubt it helps what record stores there are left -- though not enough, as Record Store Day will be the last day for Williamsburg's Sound Fix. Participating stores around the country are listed here.

There are always some pretty cool exclusives too, items that may have never seen the light of day without RSD. With that in mind we've gone through the list of North American RSD exclusives to highlight a few things to keep an eye out. This isn't comprehensive, just stuff we wanna get. What records are you trying to get this year?

The Flaming Lips - Zaireeka on vinyl
The Flaming Lips' infamous 1997 release that required four CD players playing it simultaneously to listen to it properly get it's first vinyl issue across four slabs of wax. The format is the same, requiring four turntables to play it. How do you do that? "We're not really sure," admits frontman Wayne Coyne in a promotional video for the RSD release. Not sure how much this baby will set you back, but it won't be cheap. 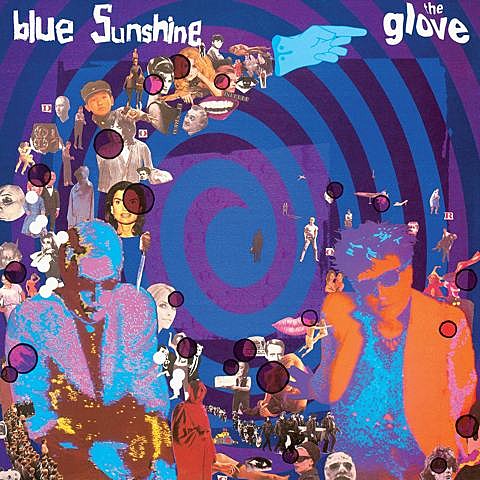 The Glove - Blue Sunshine
While the The Cure's Robert Smith was a member of Siouxsie & the Banshees, he and bassist Steve Severin made this 1983 one-off as The Glove where the two paid tribute to '60s psychedelic pop -- though with a decidedly goth bent. The Cure's 1987 double-LP, Kiss Me Kiss Me Kiss Me, is getting a RSD reissue as well, but that is pretty easy to find in used bins. Blue Sunshine, though, is not.

Komeda - The Genius Of
The '90s era Swedish motorik pop band's 1996 album, the CD of which is probably in every indie record store in the country's used bin right now, gets its first vinyl issue. Somewhere between Sterolab and The Cardigans, it's a lost gem. 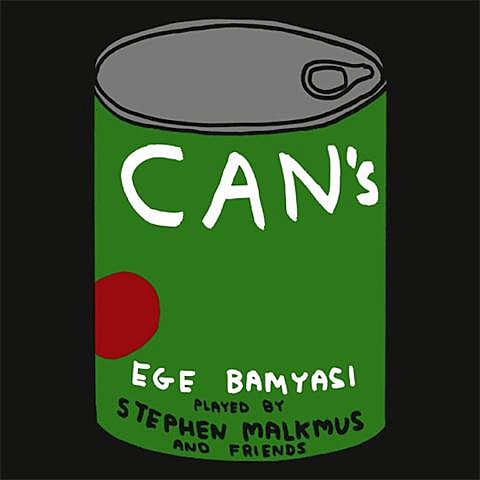 Mercury Rev - Deserted Songs
Studio experimenters as they are, Mercury Rev left a lot of outtakes and alternate versions on the cutting room floor when they made their classic 1998 album, Deserter's Songs. Collected here with notes by the band's Jonathan Donahue and Grasshopper, it comes on white and clear vinyl. 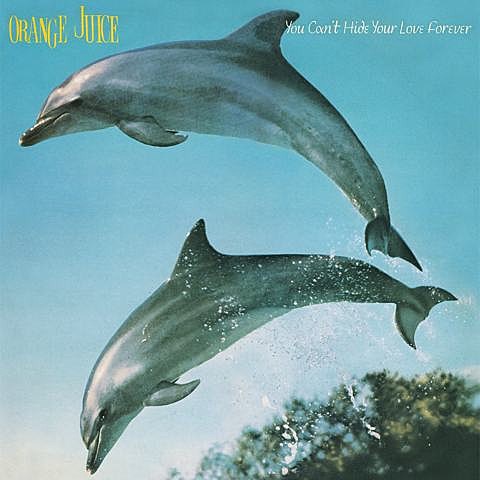 Orange Juice vinyl reissues
When Domino released the comprehensive Orange Juice box set Coals to Newcastle in 2011, the only complaint some fans had was that you couldn't get it on vinyl. The label is finally doing something about it, reissuing all of the Scottish band's Polydor albums on vinyl, which marks the first time any of these records have come out in the U.S. separately. Also, the box set is out of print so this is the only physical releases of these records available currently.

Pulp - "After You"
Pulp surprised nearly everyone when this James Murphy-produced disco stomper appeared as a thank you to Coachella Cruise-goers. Previously just a download, it's now on vinyl for RSD with a sure-to-be-killer Soulwax remix on the flip.

Ty Segall - Ty Rex 2
Ty's 12" EP of T-Rex covers was one of RSD12's most sought-after releases. He follows it up with more Bolan covers this year, this time on 7".

The Three O'Clock - Live at The Old Waldorf 2/9/82
Burger Records is releasing this 31-year-old live recording from these coveted members of LA's Paisley Underground scene, who just got back together and are playing Coachella! The recording features appearances by fellow Underground cohorts Susana Hoffs and Rain Parade. 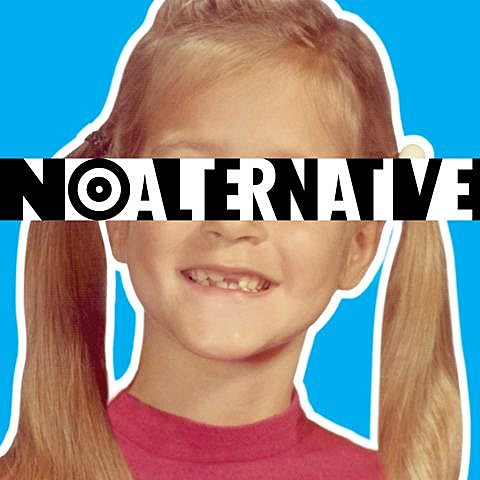 Various Artists - Trouble in Mind four-way split 7"
Great Chicago label offers up four of their artists doing covers on one 7" which has become an annual RSD tradition. This year, Jacco Gardner takes on Billy Nichols' "Always on My Mind," The Resonars' doing Fairport Conventions' "It's Alright Ma, It's Only Witchcraft," MMOSS try their hand at The Everly Brothers' "Cathy's Clown" and Maston interpret The Kinks' "I Go to Sleep." These are always good.

At The Drive-In - Relation of Command
At The Drive-In reunited last year, and though that reunion didn't last too long, it certainly revived an excitement in the band. So it's a pretty apt time to be purchasing something like the vinyl reissue of their classic album, especially with exclusive bonus tracks.

Austra + Gina X - Mayan Drums
Austra's new album, Olympia, is one of our most anticipated of this year, but before we get our hands on that, Austra is releasing this original collaboration with German singer Gina X, which should tide us over pretty well.

Brian Eno x Nicolas Jaar x Grizzly Bear
Nicolas Jaar is one of the better young producers around right now, and for this 12", he's got a remix of Grizzly Bear's "Sleeping Ute" on the A-side and a remix of Brian Eno's "LUX 2" on the flip. I could say more, but having those three artists on one vinyl kind of speaks for itself. 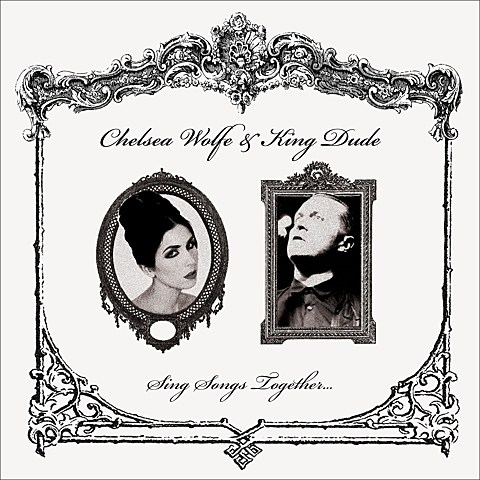 Chelsea Wolfe and King Dude - Sing Songs Together
One of the most interesting things about Record Store Day are the 7"s with two artists covering each other, and on this one we're getting that from dark folk artist King Dude and Chelsea Wolfe. Chelsea is a woman of many sounds, but her last acoustic release paired her with King Dude for a tour and the two artists' styles worked very well together.

Double Dagger - 333 LP + If We Shout Loud Enough DVD
Roomrunner is one of the most exciting new bands around right now, and their upcoming debut full length, Ideal Cities, is looking like it's going to be a great one. But before Denny Bowen fronted that band, he drummed in Double Dagger. That band is now broken up, but they've got a live DVD and an LP of brand new material for RSD. More on that HERE. 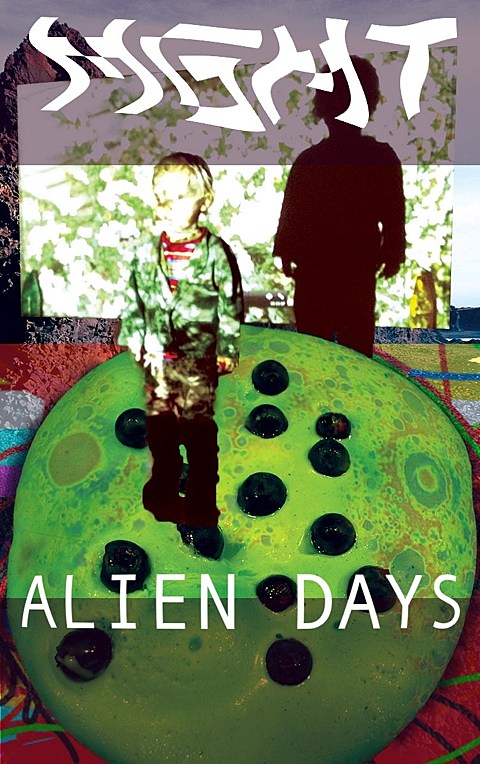 MGMT - Alien Days
Say what you will about MGMT, but their 2010 album, Congratulations, remains one of the great overlooked albums of that year, and it's looking like they're finally getting around to releasing its followup. No exact details for the new album have been revealed yet, but they'll be releasing the first single from the album, "Alien Days," exclusively on cassette for RSD. If you're like most people in 2013, and are thinking "how the hell am I supposed to play a cassette?", don't worry, it comes with a digital download code.

Thurston Moore & Loren Connors - The Only Way To Go Is Straight Through
It's always been true, but especially now that Sonic Youth is almost definitely done for good, it's hard to ignore anything Thurston Moore does. And when he teams up with Loren Connors, another avant-garde guitar great of the late 20th and early 21st centuries, their collaborations are always excellent. This 12" features live recordings done right here in NYC, with their performances from The Stone (video) and Public Assembly (pics) that they did in 2012.

The Notorious B.I.G. - Ready to Die
There's not too much in the way of interesting rap releases this Record Store Day, but this 2XLP reissue of one of the most seminal rap albums of all time, which has been out of print on vinyl for at least a decade, is more than enough to get excited about.

Rocket From The Crypt - Group Sounds and Live From Camp X-Ray
Like At the Drive-In, Rocket From The Crypt are back, and though they've only announced a few North American dates (like Orion Music + More), they're giving reissues to their two final albums that came out before breaking up. You could argue that their prime was a bit earlier in their career, but some of the band's best songs came out on those last two records. "I'm Not Invisible" from Live From Camp X-Ray remains my favorite song Rocket From the Crypt has ever put out.

Shearwater and Sharon Van Etten - Stop Draggin' My Heart Around b/w A Wake for the Minotaur
Back in 2012, Shearwater and Sharon Van Etten teamed up for a cover of Tom Petty's "Stop Draggin' My Heart Around" for AV Club's "Undercover" series. They're now pressing that cover to wax and backing it with an original song the two artists wrote together, exclusively for this release. It comes with a download code too.

The Thermals - Desperate Ground Demos
The Thermals' new album, Desperate Ground, is the band's most lo-fi release in years, and it's one of the better albums of its kind to come out this year. Often times, album demos aren't the most exciting thing, but for a band that has always sounded great raw, the versions they recorded themselves at home on a 4-track should make for a pretty nice listen. The 7" EP features demos of four album tracks, "The Sword By My Side," "Born to Kill," "You Will Find Me," and "The Sunset."

Touche Amore/Title Fight - Split 7"
This is another 7" of two artists covering each other's songs, and this one comes from two of the best punk bands in their current scene. Plus, from the short samples they revealed, these covers are sounding pretty good. 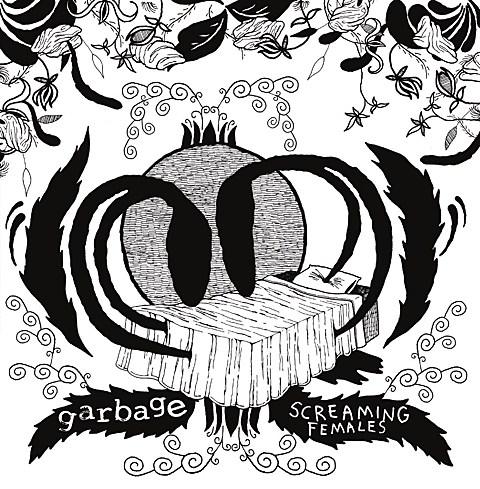 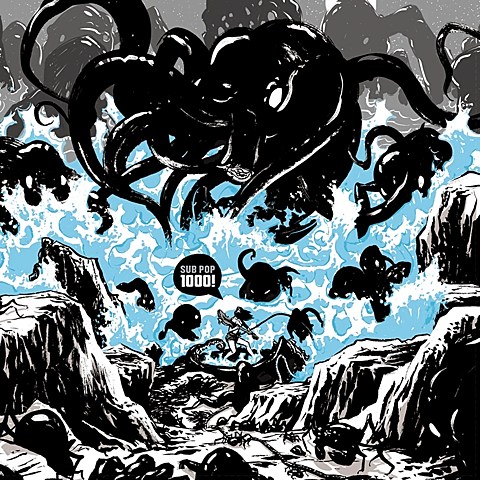 Various Artists - Sub Pop 1000
Sub Pop have become pretty famous for their early compilations like 1986's Sub Pop 100 which had tracks from Sonic Youth, Wipers, Shonen Knife, and others; and 1988's Sub Pop 200, which had Mudhoney, Soundgarden, Green River, Screaming Trees, and some band called Nirvana. For the label's 25th anniversary, they're reviving those compilations in the form of Sub Pop 1000, which includes tracks from some awesome (relatively) underground bands like Peaking Lights, Iron Lung, Ed Schrader's Music Beat, Starred, My Disco, and others. Are Iron Lung the next Nirvana??

Deep Purple/Type-O Negative - Side by Side: Highway Star
Type O Negative fans and Brooklyn still haven't recovered from the sudden 2010 death of Typo O frontman Peter Steele. It remains to be seen whether unreleased material exists and if we'll ever hear it. Meanwhile I was surprised to see that Roadrunner decided to put Type O Negative on the list of this year's RSD releases. It's nothing we haven't heard, but Type O fans will surely want to add this limited 'clear and Deep Purple Opaque' colored vinyl 7" to their collections.

The Black Keys/ Stooges - Side by Side: No Fun
This spin-art colored vinll 7" is part of the "Side by Side" series and puts The Stooges' original version of "No Fun" one side and a cover by Black Keys on the flip.

Foals - Holy Fire
This is the only vinyl release for Foals very good new album and comes with a bonus 7" on gold vinyl.