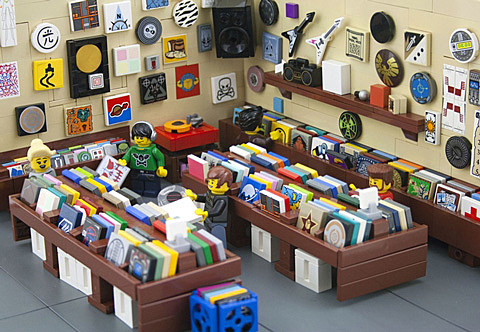 Record Store Day 2015 is this Saturday (4/18) and there's an almost overwhelming amount of special/exclusive product being released for it. Does the world need a vinyl pressing of The Pizza Underground demos? Should you buy the RSD repress of Bruce Springsteen's Born to Run when original copies of the album can be found in most used record stores for $10? Probably not, but there are some things of actual interest coming out for RSD15, according to BV editors Andrew Sacher and Bill Pearis who have put together a list of 15 recommended releases. You can browse that list below. What are you hoping to score tomorrow?

If you're heading out in NYC on Saturday, check out our NYC RSD guide to in-store performances, special events (and free beer). Our RSD picks in alphabetical order, with some song streams, below... 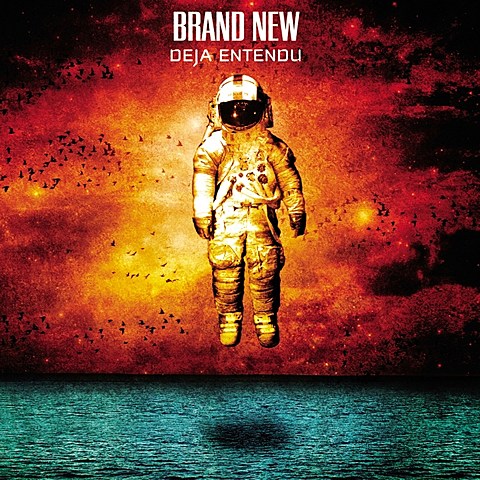 Brand New - Deja Entendu
All signs point to us finally getting a new Brand New album (hopefully sooner than later), so what better way to get excited for that than revisiting their back catalog? And if your collection of their discography does not include 2003's fantastic Deja Entendu on vinyl, you're in luck because it's finally getting a repress this RSD. - [Andrew Sacher]

Citizen Dick - Touch Me I'm Dick
In terms of the actual music on the record, this may be one of the least necessary RSD releases this year, but it's a pretty amazing opportunity for vinyl nerds, Singles fans, and Pearl Jam completists (or a combination of the three) to add something fun to their collection. It's a 7" single by fictional band Citizen Dick from Cameron Crowe's 1992 movie Singles, which featured three actual members of Pearl Jam and a re-working of of Mudhoney's "Touch Me I'm Sick." The record's b-side has a quote about the song from Citizen Dick singer Cliff Poncier (Matt Dillon's character). - [AS]

Five or Six - Cántame Esa Canción Que Dice, Yeah, Yeah, Yeah
Five or Six were a shortlived UK post-punk band that should appeal to fans of This Heat, Joseph K or the Fire Engines. Originally released on the Cherry Red label (and only in Spain), this LP collects a few cuts from their fantastic early singles and EPs as well as some of their more obscure material. - [BP]

Happy Mondays - Pills Thrills and Bellyaches
The ultimate Madchester album, Pills, Thrills, and Bellyaches finds Happy Mondays at the hieght (emphasis on high) of their powers, with every song a classic and featuring many, many (perhaps unintelligible) lyrical gems from E'd out frontman Shawn Ryder. This 25th anniversary edition is on yellow vinyl. - [BP]

Hutch and Kathy - Hutch and Kathy
Before Hutch Harris and Kathy Foster formed the indie/punk band The Thermals, they put out a folky self-titled album as Hutch and Kathy in 2002. That never saw a vinyl release, but it's finally getting one for RSD 2015. - [AS]

Hutch and Kathy - "In Brilliance"

Makthaverskan - "Witness"
Swedish post-punks Makthaverskan are one of the more promising young bands to have come out lately and the "Witness" single is their first release since last year's great II LP. They had the "Witness" record available on their recent US tour, but if you didn't catch them, here's another chance to pick it up. "No Mercy" from II is on the flip. - [AS]

Metallica - No Life Til Leather
Metallica's 1982 demo, recorded when Dave Mustaine was still in the band and featuring songs that ended up on Kill 'Em All, has been widely circulated for years but this is the first time it's getting an official release. It's coming out on cassette for RSD 2015 and the tracks have been remastered from the original source material. - [AS]

Pianos Become the Teeth - Close
Baltimore post-hardcore band Pianos Become the Teeth stopped screaming on last year's Keep You, but didn't lose any of their intensity and came out with their best album yet. The Close 7" (on colored vinyl) features two unreleased tracks from the Keep You sessions, "895" and "Dancing." - [AS]

Polaris - "She is Staggering"

Ride - OX4
It's the first time on vinyl for this collection that does a good job of picking Ride's best-known (and best) songs from their EPs and four studio albums (all of which are out of print on vinyl). It's a great primer for the band's current reunion tour. - [BP]

Tomorrow - Tomorrow
Originally known as The In-Crowd, Tomorrow were only together for a year (March 1967 - April 1968) but were, along with Pink Floyd and Soft Machine, at the forefront of the British psychedelic scene. Their self-titled 1968 debut is a classic, and contains one of the great singles of the era, "My White Bicycle." This is a colored vinyl mono repress. - [BP]

The Zombies - R.I.P. Album
The Zombies released one of the greatest albums of the late '60s psychedelic pop era with 1968's Odyssey and Oracle, but unfortunately they parted ways before ever giving it a followup. That almost wasn't true though -- R.I.P. was intended for a 1969 release but was shelved by the label after its lead single didn't perform well commercially. Most of the tracks on the album have since come out on various compilations, but R.I.P. is getting its "first legitimate vinyl release" for RSD. (It came out on CD last year.) - [AS]

The Zombies - "Imagine the Swan"

Various Artists - Ork Records: The Complete Singles
Lauded reissue label The Numero Group always have a few great items for RSD and this year is no different. NYC label Ork was a seminal DIY label run by Terry Ork who was Television's manager. Ork released Television's debut single, and then 7"s by Alex Chilton, Cheetah Crome, pre-dB's Chris Stamey and more. Numero has recreated all 16 of Ork's 7" releases in one lovely box set. Watch an "unboxing" video below. Numero's other two RSD15 releases are a Bedhead live in Chicago, 1998 album, and a compilation of rare '60s pop from Independence, MO's Cavern Sound Studios. - [BP]

Various Artists - Thai Pop Spectacular
I'm a sucker for compilations like this that let us peer into of a pop music culture most people didn't know existed. This one collects Thai pop singles from the '60s through the '80s and there are loads of gems on this. This was released on CD back in 2007 but this is its first vinyl release. - [BP] 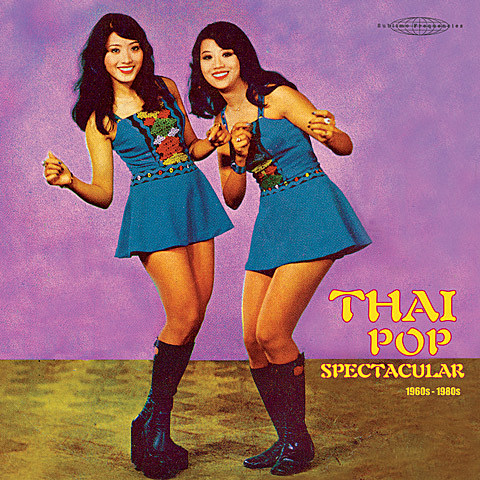