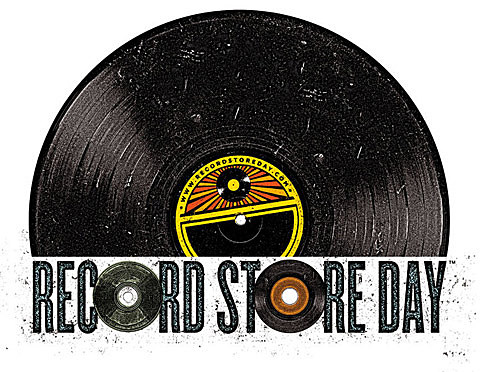 Record Store Day 2011 is Saturday (4/16)! Shops will be flooded with limited/rare releases from tons of notables (watch a video below of some of the stuff), and they will hopefully make lots of money. Some area stores will also host free live events...

Other Music, though they seem to have scaled it back a bit from last year, has a special show scheduled for Saturday, but set your alarm clocks.

We also have a very special in-store performance on Saturday from NYC's own Regina Spektor ...The first 100 customers who buy her new RSD 7" Four from Far at Other Music on Record Store Day will get one ticket to see a private solo performance Regina is giving right next door to OM at 2 p.m. on Saturday. That's the only way to see the show, so come on down early, get in line and buy her new RSD 7" record.

Regina will also be screening her concert film Live In London later that night at the Film Society of Lincoln Center. Anyone who can't get in to the live show, will get $3 off admission with an Other Music Record Store Day receipt (show it at the box office).

OM will also have "a ton of cool gifts and prizes, records, CDs and swag, including a backpack and a gift certificate for a pair of sneakers from our friends at Onitsuka Tiger for the first five customers who spend $250 or more". Other Music opens at 11am.

As also previously discussed, Damon & Naomi play a free in-store at Sound Fix Records who open at 10:30am on Saturday.

Eula will appear at Permanent Records "throughout the day" before playing Bruar Falls later that night with Shark?, Ghost Bunny, Pow Wow & DJ Ron Like Hell as part of their Maurice Narcisse record release party.

As discussed, Fat Beats & Waxpoetics will open a pop-store in DUMBO that will host a ton of hip hop/funky notables including The Stepkids, The Phenomenal Handclap Band, Neek The Exotic & Large Professor, CSC Funk Band and many more. The pop-up store opens at noon.

East Village Radio will broadcast live from Academy Records in the East Village (12th between 1st & A) from 4 - 6PM.

Kim's Music & Video will host Angel Olsen (5pm) and Bow Ribbons (6pm) for RSD, with the store opening at 9AM.

Though it isn't exactly a record store or a free show, Fontana's will host a "RSD Afterparty" from 3PM to 7PM with Lady Lamb The Beekeeper, The Kickdrums, Midnight Spin, and The Pass. The show costs $10.

Cake Shop used to be a record store and it will be again on Record Store Day. As Bill said, "Eternal Summers also play Cake Shop on Saturday (4/16) which is the venue's Record Store Day extravaganza, featuring a slew of great -- mostly local -- bands. The downstairs will be a record mart during the day (noon - 6PM). Bands during the evening include the previously-mentioned McDonalds, Natural Child, Widowspeak, Overlord, Hands & Knees, Night Collectors and Twitchers." The flyer is reposted below.

Looney Tunes in West Babylon is sure to actually be looney, as the store will host free shows by Thursday, Kevin Devine, The Pretty Reckless, Alex Skolnick, Grace Read, Tiger Riot, and Hotel of The Laughing Tree starting at 2PM. More details on how to get into see each band (each has a different entry condition) head to the Looney Tunes site.

Vintage Vinyl in NJ has... John Leguizamo. (whatever works)

J&R Music World will host Lez Zeppelin "and others to be announced" on Record Store Day. Doors open at 10AM.

Elsehwere you have Dom playing in Newbury Comics right before TV on the Radio do a signing, My Morning Jacket at CD Central in Lexington, Off! at Fingerprints in Long Beach, tons of bands at Grimey's, The Growlers and special guest at Origami Vinyl, and much more. There will be a Record Store Day tent at Coachella for those braving the sun at the sold out fest this weekend. Check the Record Store Day site for many more listings (though note their list is far from complete).

BrooklynVegan is also a proud Record Store Day partner this year. Look for our metal-centric ad in a free Decibel mini-mag that will be available at various record stores on Saturday. The cover looks like this: 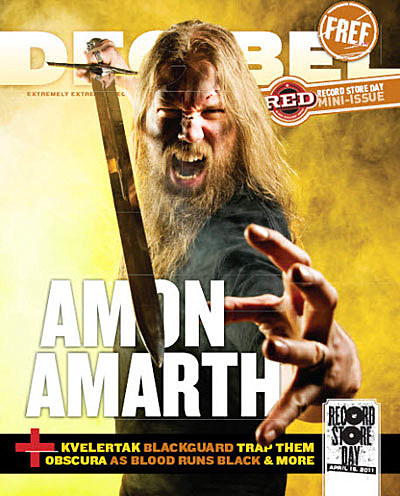 If you can't get the mag, you can also download the free sampler that comes with it online And though heavy music isn't strongly represented this year live, we are happy to remedy that in recorded format by giving away a massive prize pack of vinyl to one (seriously) lucky reader. It includes:

Details on how to win, RSD videos, flyers and schedules and stuff, below... 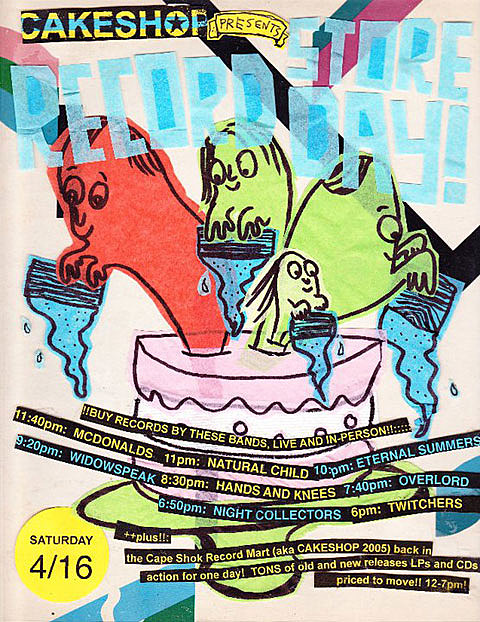 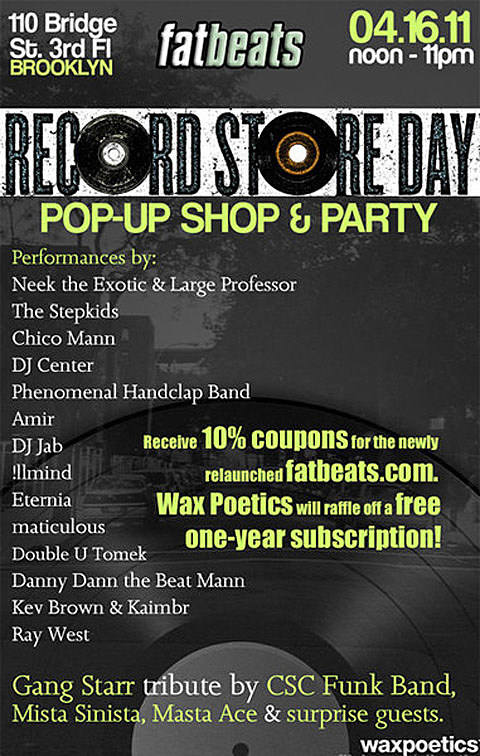 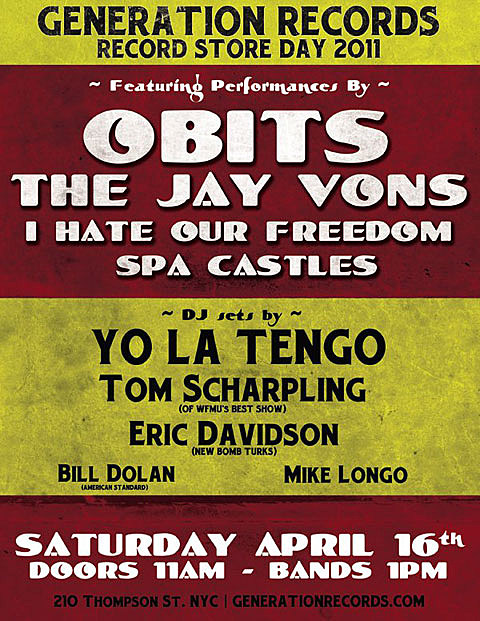 ============================
TO WIN THE VINYL MEGAPACK: E-mail BVCONTESTS@HOTMAIL.COM. In the subject of the email, write "MEH-TAL". Include your first and last name in the email and a winner will be chosen at random and contacted back with more instructions ASAP. Good luck! (and note: your email will not be used for any evil purposes or shared or anything).