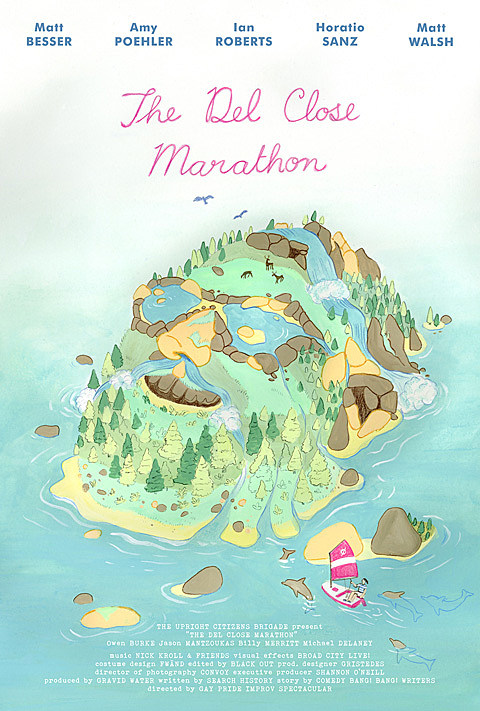 We all, in life, measure the length of our years not temporally, but in meaningful, personal intervals - in daylights, in sunsets, in midnights, in Del Close Marathons. Yes, you heard me: the annual three-day improv extravaganza is once again upon us. Now in its seventeenth year, the Upright Citizens Brigade's annual festival has expanded from one theatre to nine featuring 636 improv shows! And just like music festivals, there is an unbelievable amount of talent (Mike Birbiglia, Thomas Middleditch, Jason Matzoukas, Nick Kroll, and SNL's Sasheer Zamata, just to name a few). However, just like music festivals, there are a ton of conflicts, and you have to make a game plan. If you've got tickets to many of the sold out premium shows, well, you're in luck. For the hefty prices on those shows, you have a guaranteed seat to watch some of the most famous faces in the comedy world improvise.

Although many are sold out, there are still tickets available for some premium shows. Tonight (Friday, 6/26): Key & Peele Writers tonight at 7:30 PM, and Convoy (featuring Jason Mantzoukas and Thomas Middleditch) at 10:15 PM. On Saturday (6/27), tickets are still available for Shitty Jobs (featuring "Derrick Comedy" members Dominic Dierkes and DC Pierson, along with Ben Schwartz) at 7:30 PM, The Daily Show Writers at 9:30 PM, and Comedy Bang! Bang! Writers at 11:15 PM.

However, if you were too lazy/broke to buy any of those, fear not! The rest of the marathon is accessible for a $30 fee, and the name of the game is strategy. As lines for the general shows (at UCB Chelsea, The Magnet Theatre, and all of the East Village theatres) can have you waiting around for four hours or more during peak festival times, the smartest move is to study the schedule and pick your favorite block of shows (a "block" herein defined as the shows in between two theatre cleanings) and camp outside the theatre to wait for your seat. (Hopefully you are reading this while in line.) For your hours waiting outside on W 26th Street, you will be rewarded with show after show of the most talented improvisers in the country (and in some cases, in the world). A quick run through of the best hours of the fest are below: 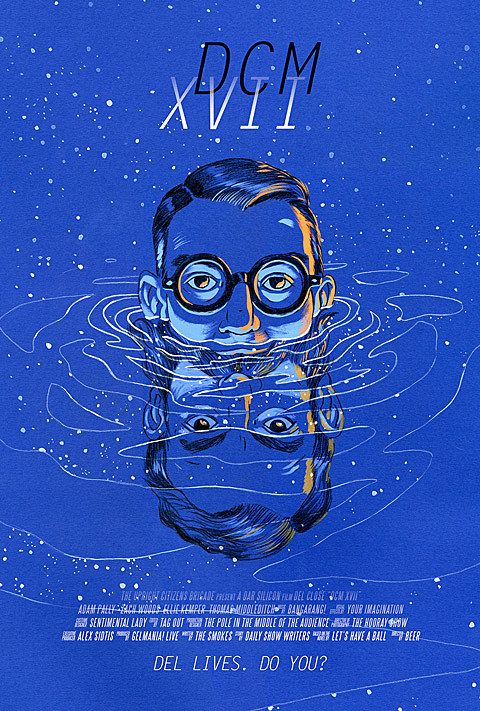 However, does the second block look better? After the theatre cleaning, the second block at UCB Chelsea starts at 9:30 PM (read: get in line around 4:30), and includes living legends "The Stepfathers," an improv team that includes Shannon O'Neill (Broad City), Jordan Klepper (The Daily Show), as well as some of New York's top improvisers, like Connor Ratliff and Silvija Ozols. Another great show in this block is "The M.O.B. Show," in which SNL writer Mike O'Brien ("Seven Minutes in Heaven") improvises with his friends, as well as "BRUCKHEIMER," where Paul Sheer (The League) improvises with funny people Owen Burke and Chad Carter. That block closes out strong, with Jason Mantzoukas back on stage for "MOTHER: The Soundtrack," in which the improv team creates scenes based on music provided from the audience's iPod. So which block will you choose? Decide now, dear improv nerd, and stake out your spot in line accordingly.

I advise that you rest up after your long day of waiting in line, but there are also some fun, small shows that continue throughout the night. My pick? "The Straight Men," Saturday at 1:45 AM at UCB Chelsea, featuring Dominic Dierkes ("Derrick Comedy") as well as Will Hines (Broad City).

SATURDAY 6/27
Ready for a new day? Surprisingly, The Magnet Theatre has a pretty stacked lineup in the afternoon, including "MTVProv" at 3:20 PM (featuring stars of Girl Code, Guy Code, and probably some other youth-oriented TV shows), improv from the writers of The Colbert Report ("Gnome-like Cretins") at 5 PM, and improv from SNL star Aidy Bryant, along with Shannon O'Neill and Tami Sagher ("AIDY/TAMY/SPO," at 5:30 PM).

But who can argue with the UCB Chelsea Saturday night block? It kicks things off at 6 PM with a casual half-hour of chat and improv with the original members of the Upright Citizens Brigade (Matt Walsh, Matt Besser, Ian Roberts, and maybe, if you're lucky, Amy Poehler). Following that, "Mike Birbiglia's Dream" is always a hit, featuring Birbiglia and his favorite improvisers constructing a piece out of one of his famously hilarious stories. Also in this block, "Belmont & The Italian Beefs" features Aidy Bryant improvising with her favorite Chicago comics, Mike O'Brien and Connor O'Malley (writer for Late Night with Seth Meyers). The block ends with "The Presidents of Roo," with a stacked East-meets-West Roo Roo lineup including Neil Casey (Veep), John Gemberling (Broad City), as well as Adam Pally (Happy Endings, The Mindy Project).

However, if you don't get into the early Saturday block, don't fret - from 9:45 PM to 12:30 AM, the theatre keeps the laughs rolling with improv from Matt Walsh ("Apples and Oranges"), as well as more from Jason Mantzoukas ("Mantzoukas and...") and Hot Sauce, the legendary three-prov team from the minds of Gil Ozeri, Adam Pally, and Ben Schwartz.

Another good option for this evening is the Magnet, which features Seth Meyers' writers at 9:30 PM, as well as "The Camping Trip" at 10:30 PM, featuring Gil Ozeri, Horatio Sanz, and Ben Schwartz improvising a camping adventure.

A UCB tradition, Pie Babies, is also worth seeing, if you can make it to UCB Chelsea at 3:50 AM. I won't even try to explain the premise here, but hey, John Gemberling is in it!

SUNDAY 6/28
You've made it. You may not be able to physically produce laughter anymore, but trust me, dear comedy fiend - there are still shows to be seen!

However, the real action happens later in the day, with "Baby Wants Candy," the world's premiere musical improv troupe, kicking things off at 3 PM. Adsit & You, in which Scott Adsit (30 Rock) improvises with an audience member, is always a fun time. "Play By Play" is so meta it almost hurts, but is a hilarious show in which the Hines Brothers (Kevin and Will) perform commentary over an improv set with a surprise cast of improvisers (the last time I saw it, the show featured Ben Schwartz and Jason Mantzoukas). "Blindfolded," featuring Adam Pally and Gil Ozeri improvising with a surprise cast while blindfolded, promises to be both hilarious and potentially dangerous. The block also includes "We Can Fix You," featuring the original UCB4 (including Poehler!) and Owen Burke (Funny or Die) helping audience members through their issues, live on stage. After that, the entire festival slowly comes to a close, culminating in the (premium, sold out) ASSSSCAT shows. But don't worry - you've seen enough improv by this point to hold you over until the next DCM.

Once again, these are just some highlights of the non-premium lineup. Feel free to peruse the website for other gems, as there are many hidden throughout the nine theatres. Good luck out there, and remember: there's only 365 days until another DCM. 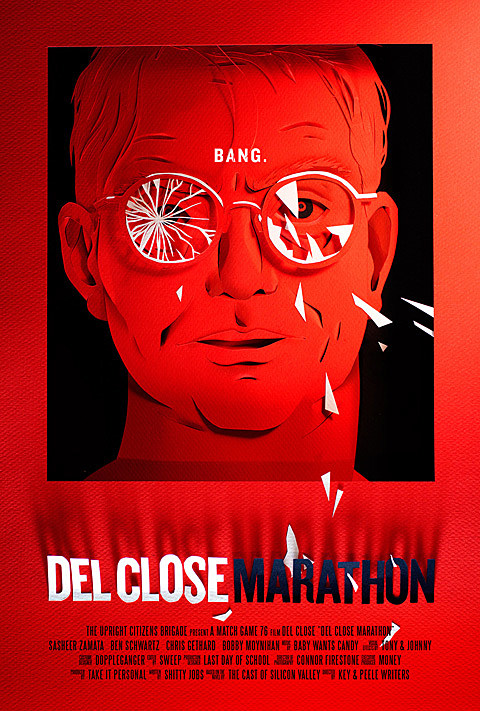