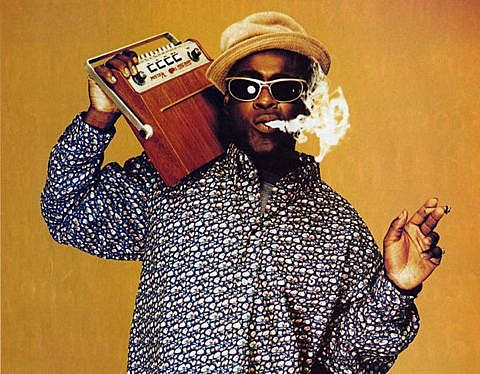 As mentioned, UK acid house/techno legend A Guy Called Gerald -- whose 1988 single "Voodoo Ray" was a massive hit in the UK and Europe -- will be in town next weekend for MoMA PS1's Warm Up (7/27), where he'll performing on a bill that also includes Ben UFO, Majical Cloudz, Daniel Avery, and Roosevelt. Tickets are still available.

If you'd rather catch AGCG somewhere slightly less sweaty (or without the posibility of thunderstorms), that night A Guy Called Gerald will play late show at Cameo (doors at midnight). Turtle Bugg and Evan Michael are also on the bill. Tickets are $10 but you can get reduced $7 admission before 1 AM with RSVP.

Daniel Avery also plays a FIXED party in NYC the night before Warm Up with Psychemagik at Sullivan Room (7/26) (tickets).

Flyer for A Guy Called Gerald's Cameo show and "Voodoo Ray" video are below. 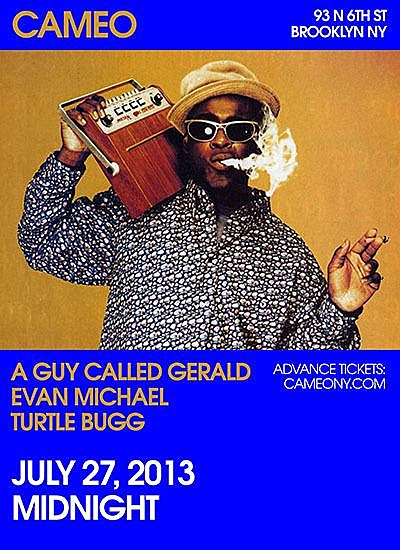