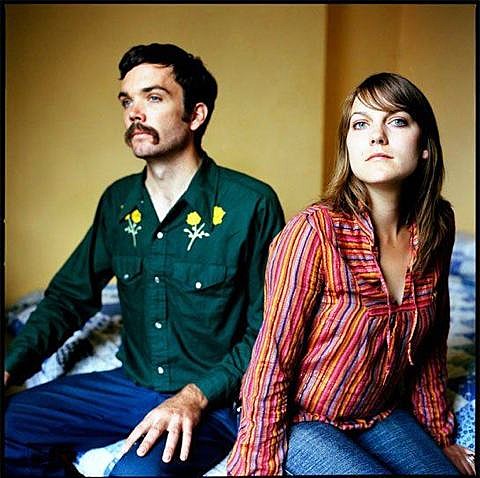 This week (4/2) A Hawk and a Hacksaw (Jeremy Barnes and Heather Trost) released their new double album, You Have Already Gone to the Other World, which was inspired by Russian director Sergei Paradjanov's 1965 film, Shadows of Forgotten Ancestors. They talked with the NY Times recently about it:

Q. Why this particular film?

Q. Your previous CDs have used ambient and found sound, as well as electronic treatments of traditional instruments. But you really seem to have upped the ante here.

HEATHER TROST It was always heading in that direction, but this compounded it. The fact that it was a film, that freed us to do things we wouldn't necessarily do on a typical record of folk songs.

BARNES There has always been a lot of experimentation, but this is the one where we really went for it. "Let's make things pretty psychedelic."

You can stream the album via Spotify below. New Yorkers (and visitors) can see A Hawk and a Hacksaw perform songs from the album, music from the film and other works live against a projection of Shadows of Forgotten Ancestors on May 23 at Lincoln Center's David Rubenstein Atrium. The show is free (7:30 PM) and more info is here.

After that show, the band will head off for a tour of the Southwest and West Coast. All tour dates are listed below.