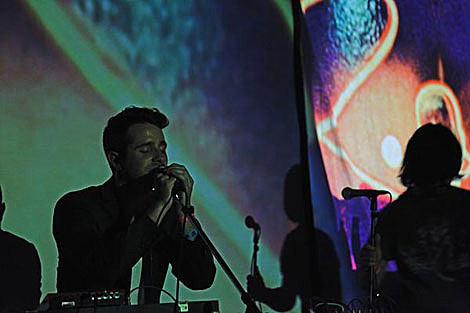 Joshua sent in this letter to hopefully clear some things up. Read it below...

I'm writing this now, finally, to clarify some things I keep seeing on the internet that are driving me up the wall and causing Charlie's family to lose sleep.

1) The medical examiner of Cook County Chicago ruled that Charlie did not commit suicide. There simply wasn't anything sinister in his blood at the time of his death. No drugs, no weird stuff. A sleeping pill and a glass of champagne, maybe a broken heart. Three separate autopsy reports have been made on this subject, all ruling inconclusively on a suicide, and calling it what is unfortunately referred to in the wasteland of the blogosphere as a "Heath Ledger".

2) If speculation about suicide is what makes some of you happy then please don't listen to Charlie's music anymore and don't come to the shows. You make me sick. And for you journalists out there running with your alarmist headlines, shame on you.

3) Regardless of the lyrical content of the last record, which I have clarified in interviews prior to Charlie's death as vaguely suicidal in places, and which was completed WELL before Charlie's life took a darker turn than normal, I would say that it is the only thing about that record that is specifically NOT romantic, and we weren't trying to show it as something glamorous or desirable. I have had suicidal thoughts many, many times in my life, but never have I allowed them to manifest themselves physically or with any real weight in my life. I've merely explored the lowest depths of what my heart can hold, and the same goes for Charlie in his life, and his art. What happened to him afterwards wasn't a suicide, it was a tragedy, and I'm going to leave it at that.

4) None of you, especially some certain contrarian so-called "journalists", are experts on Charlie and his life. I am, however, so I am the only person that any of you will ever know, directly or indirectly, who can speak with real authority on this matter (short of Charlie's family, who most certainly will never say a word about this whole disaster, as well they shouldn't). Anything that does not come directly from me is speculation at best, and therefore bullshit.

5) Charlie wasn't a man looking for attention or trying to leave behind some kind of legend or heroic self-sacrifice for the behoof of his art, much less something so insignificant as a Long Player album. Give me a break. He was a regular guy; easy-going, creative, talented, polished, obliging, witty, heartbroken, victim of terrible luck and even more frightful timing. That's it.

So, basically, everyone can just put that in their pipe and smoke it for a while because it's the last and only time I will ever speak publicly of the worst tragedy of my life. I don't care what the consequences of my silence are from here forward; after the year I've had, I can handle absolutely anything that morons in this world are going to throw at me.