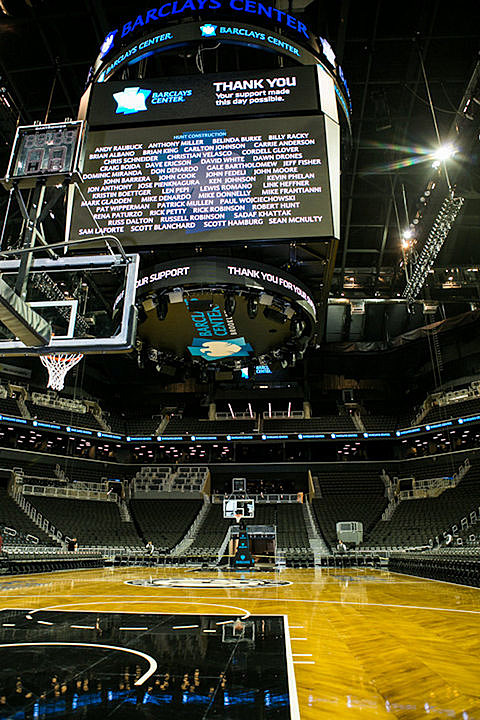 "Every team has a grand plan, and we're moving slowly, step by step, because it's easy to make a strong team, but it's very difficult to make a championship team. So we are on the right way and I'm expecting our championship within three years now," Prokhorov told reporters Friday morning after participating in a ribbon-cutting with partner Bruce Ratner and New York City Mayor Michael Bloomberg, marking the ceremonial opening of the $1 billion Barclays Center in downtown Brooklyn.

Mikhail Prokhorov has a grand plan for the Nets, who open their new arena in their first season in Brooklyn Nov. 1 against the rival Knicks. "I'm really thirsting for the first of November," he said.

When Prokhorov bought the team in 2010, he said the Nets would capture the NBA title within five years, meaning his plan remains on schedule. -[ESPN]

You could draw a lot of parallels between Brooklyn Nets and the rusty-new Barclays Center, which, before the sports move in, opens to the public with multiple shows by director Jay-Z. Big names like Neil Young, Bob Dylan, Green Day/Best Coast, The Who, and Rush and maybe even the Rolling Stones, are also on the concert venue's initial schedule.

The first step towards familiarity is getting the public acquainted with the space, a feat that Barclays Center attempted when they opened their doors to the press on Friday (9/21). With protesters outside, Mayor Bloomberg and Brooklyn Nets owner Mikhail Prokhorov welcomed in photographers, including Sachyn Mital whose pictures continue below... 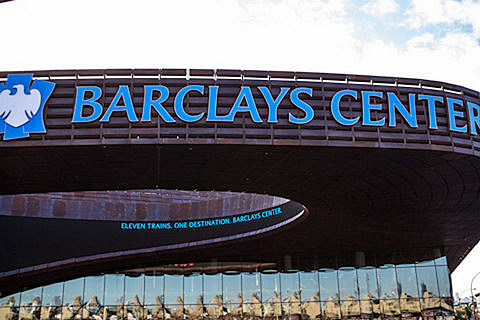 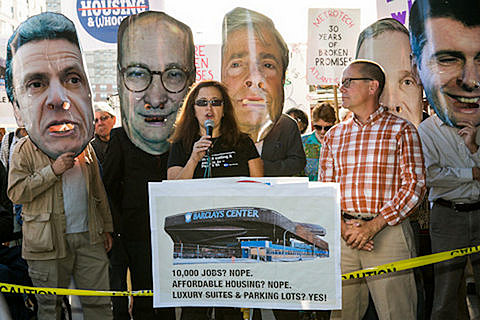 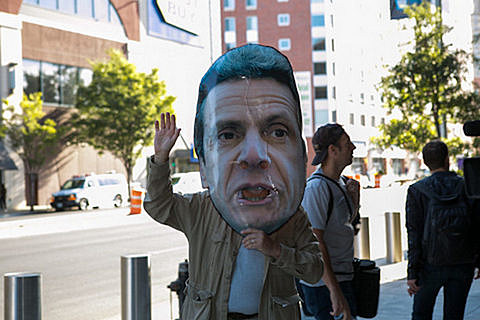 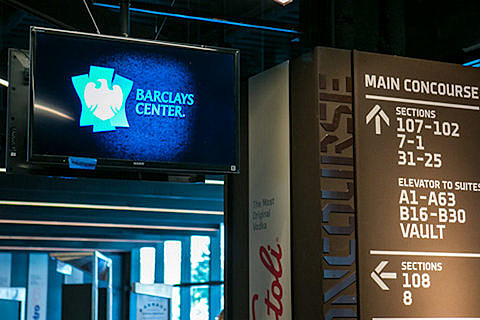 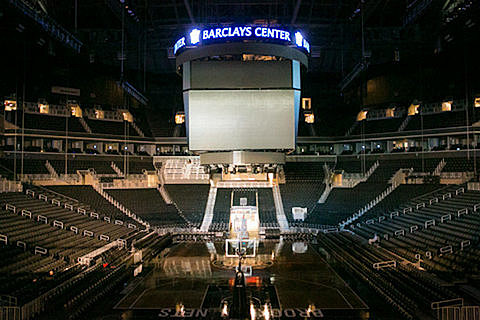 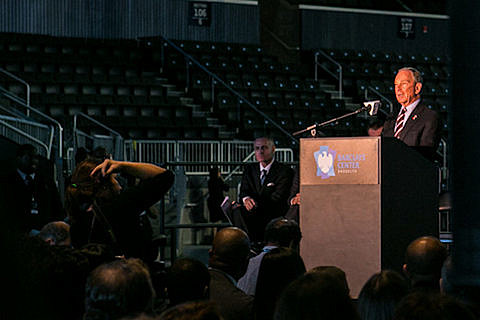 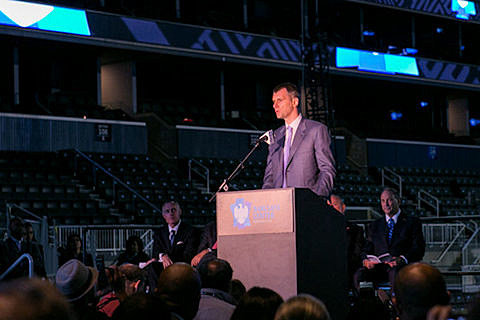 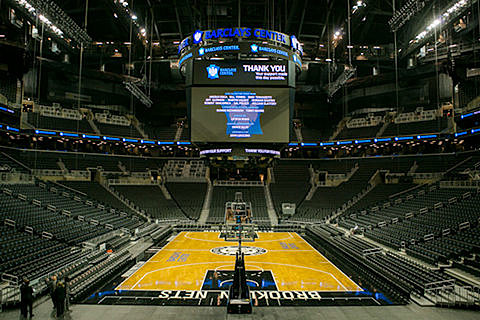 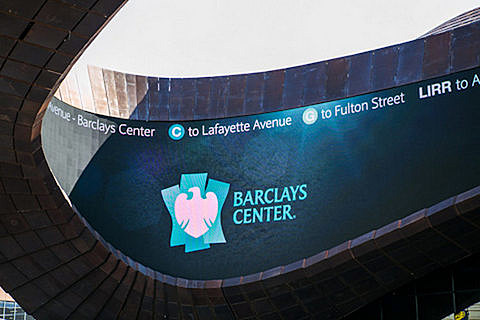 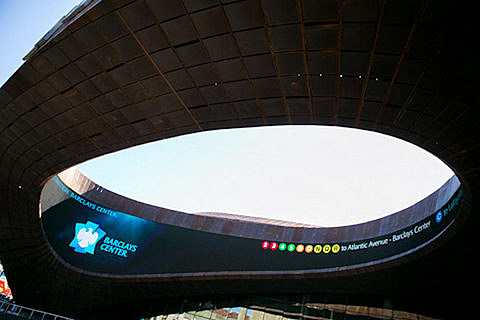 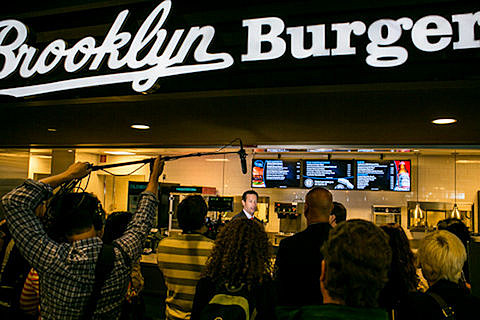 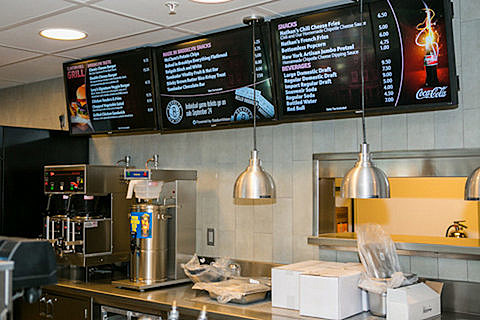 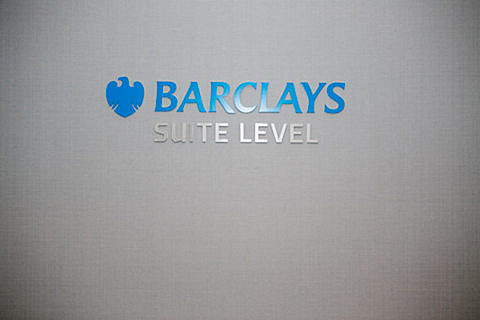 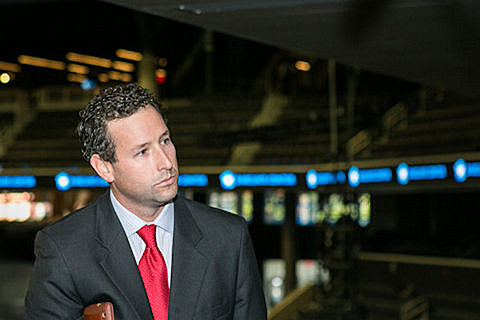 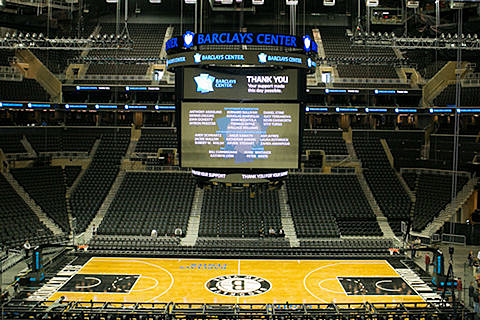 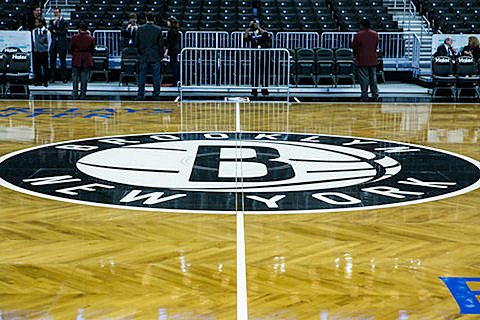 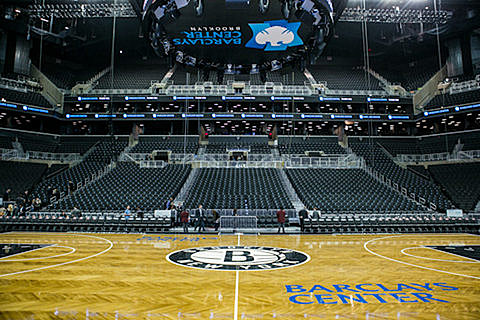 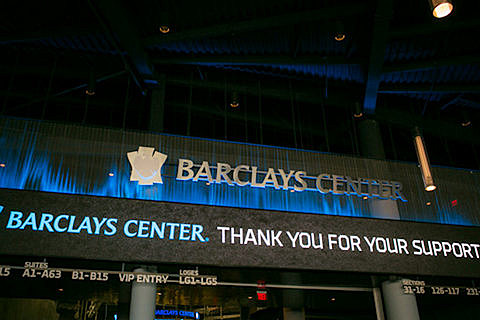