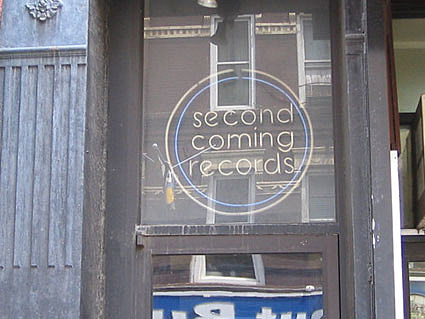 Some 3,100 record stores around the country have closed since 2003, according to the Almighty Institute of Music Retail, a market research firm. And that's not just the big boxes like the 89 Tower Records outlets that closed at the end of 2006; nearly half were independent shops. In Manhattan and Brooklyn at least 80 stores have shut down in the last five years.

But the survivors aren't giving up just yet. Saturday is Record Store Day, presented by a consortium of independent stores and trade groups, with hundreds of retailers in the United States and some overseas cranking up the volume a bit to draw back customers and to celebrate the culture of buying, selling and debating CDs and vinyl. [NY Times]

The NY Times also made a record store map which you can also look at below.... 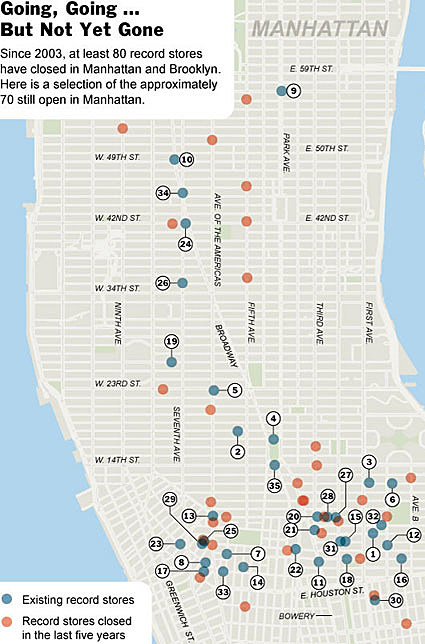