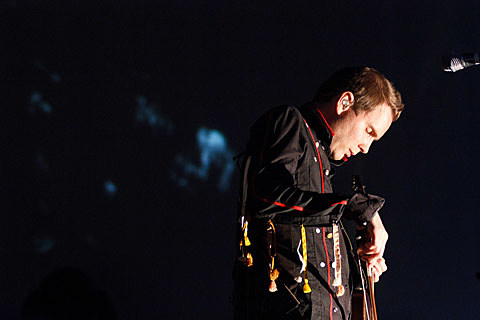 almost a dozen years ago we played our first nyc show at irving plaza. we'd originally booked to do angel orensanz, but it blew out fast and we had to move to the bigger room. even so, all the way through the subsequent beacon theaters, united palaces, radio city music halls, even, we never thought we'd get to play madison square garden. it just seemed so...iconic?, establishment?, or maybe just big? when we performed downstairs at the madison square theater in 2006, billy joel was doing a 15-night run above us. that seemed like the right order of things. and yet, here we are, two weeks out from what we can only described as the big one!

we are currently "warming up" in europe, so that when we hit the east coast we are the real hot tamale for y'all. of course, we would say the show's great, but, you know what?, it is. there will be a bunch of new songs and all the stuff we currently love the most from our back pages, all set to the best and brightest production we've ever managed to cram in a small fleet of trucks. most of the show's sold, but there are still some tickets left with the building just having opened up more seats at $35. plus, everyone buying tickets gets a free 3-track digital ep of new material, which will be sent out in advance of the show. we're excited. we hope you are too.

The MSG show was first announced as part of tour in November 2012.