Richard (aka Pocket) from Burnside Project sent out an MP3 mix tape for the holidays. I asked if he would mind presenting it as guest post on this site. He thought it was a good idea, so here's his letter followed by the mix.... 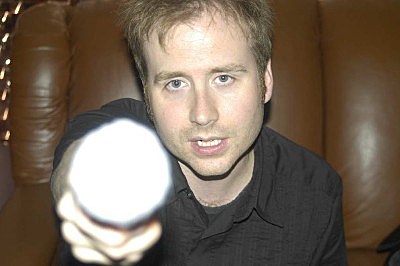 2005 was the year I became rather obsessed with rock and roll again (after a bit of a hiatus.) I soaked up the BritRock invasion, caught more live shows than usual and drove to Montreal to catch my first-ever U2 concert (wow).

These are my 15 favorite songs discovered in 2005. Not all were released in 2005, but you should all hear them anyway. I did some editing for your enjoyment. Throw it on your iPod or burn yourself a CD.

If you like what you hear, go buy the albums. Most of these artists need your support (ok, maybe not U2 but...)

DOWNLOAD THE WHOLE MIX AS A ZIP FILE or track by track...

Burnside Project plays Northsix in Brooklyn on January 13, 2006 with Eiffel Tower and The Diggs. Check their tour dates page for the latest.