A couple weeks ago, Springsteen producer Ron Aniello seemed to hint that something was coming, which caused speculation that the "something" was a new Bruce Springsteen album, and now Nail City Record have what very much appears to be a new Springsteen album available for pre-order in their webstore. It's called Letter To You and has a release date of October 23, and you can see the album artwork below. No tracklist has been revealed and we haven't seen the album listed anywhere else yet, but stay tuned for more updates.

Update: Stereogum points to an article on NJarts.net that reports that they've learned more information about the album, including the tracklist. “Janey Needs a Shooter,” “If I Was the Priest” and “Song for Orphans” are reportedly new recordings of songs that didn't make the cut on older Springsteen albums, and they speculate that "House of a Thousand Guitars" may or may not be a Willie Nile cover. They also report that Ron Aniello co-produced it with Springsteen, and that all current E Street Band members play on the album. The photo on the album cover was taken by Danny Clinch.

Springsteen's most recent album was 2019's Western Stars, which we called "a genuinely good Bruce Springsteen album and his most interesting one in years."

Throughout the pandemic, Bruce has been releasing archival concert recordings, and he's appeared on a handful of livestreams, including the Joe Strummer tribute and Dropkick Murphys' Fenway Park show.

Stream a YouTube playlist of his recently released live recordings: 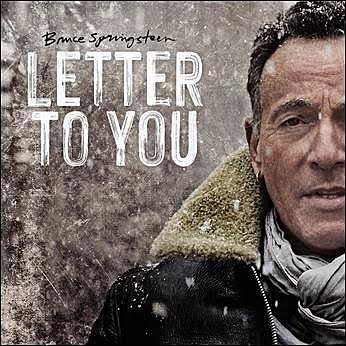