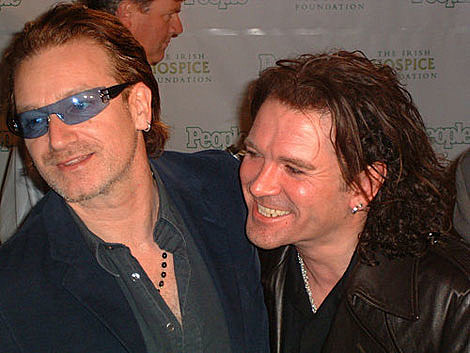 Willner said, "This unique evening is a celebration of Gavin and a gathering of friends and amazing musicians. We're all proud to partner with (RED) to help fight AIDS in Africa." "It's an honor to be a part of this (RED)NIGHT because I know the money generated will go directly to people who need it," added Friday.

That is an insane lineup.

Lydia Lunch also performs one day earlier with her band Teenage Jesus and the Jerks at Music Hall of Williamsburg.

Rufus and Martha Wainwright are appearing with their father Loudon at Highline Ballroom in NYC TONIGHT (9/15).

The Carnegie Hall event poster with more information below... 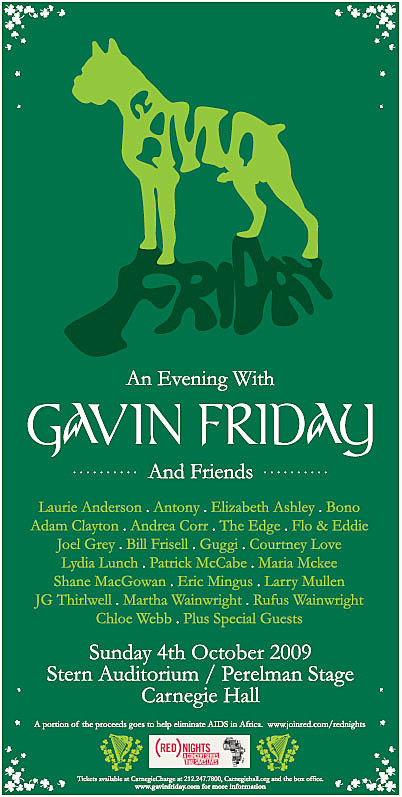 The evening at Carnegie Hall is yet another impressive addition to the (RED)NIGHTS series. Thus far, (RED)NIGHTS artists Fall Out Boy, Katy Perry, Gomez, Santigold, O.A.R., Lisa Hannigan, The Veronicas, Matisyahu and K'Naan have each turned one of their concerts (RED) to bring the (RED) experience to life in a new way. Additionally, (RED) recently announced a new set of fall dates for (RED)NIGHTS, which will feature concerts by Built to Spill, Thievery Corporation, Brandi Carlile, Ingrid Michaelson, Joshua Radin and Sondre Lerche at venues such as The Fillmore in San Francisco, The Paradise in Boston and the House of Blues in Chicago.

At each (RED)NIGHTS concert, the participating artists aim to inspire fans to join (RED)'s mission to eliminate AIDS in Africa by pausing to highlight the many ways to get involved and encouraging those in the audience to share the message and experience with others. Ultimately, it is the goal of (RED)NIGHTS to build a community-of artists, concertgoers and music fans everywhere-that is passionate about helping to fight AIDS in Africa.