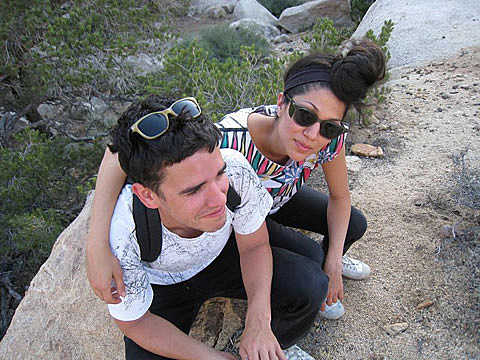 "Nguzunguzu first made its mark in mid-'00s Los Angeles as co-hosts of the legendary Wildness parties near MacArthur Park. Around that time the duo started making tracks and mixes and dropping them online -- frantic, tribal sounds that drew on the convergence of Brazilian baile rhythms, Chicago house and London dance music to create primal, infectious grooves. Gradually over the last three years the production team has moved up the ladder, remixing Ciara, Lazer Sword and Ratatat, among others, releasing a few solid EPs, touring as M.I.A.'s DJ and producing much of her most recent mixtape, "Vicki Leekx."" [LA Times]

LA production duo Nguzunguzu (Asma Maroof and Daniel Pineda) released The Perfect Lullaby mixtape for DIS magazine earlier this year with a variety of tracks including Nicki Minaj, The-Dream, and Kingdom (aka Ezra Rubin). Stream and download the mix at DIS Magazine's website. They'll follow that mixtape with the Timesup EP on July 5 via Kingdom's Fade to Mind label. The EP is the first release for the new label. Check out the first track "Timesup" below via Paranoid Youth.

Nguzunguzu are playing NYC's New Museum on June 23 with Kingdom and Total Freedom (Ashland Mines). The "five hour day-into-night performance" is a collaboration with LA performer and filmmaker Wu Tsang who is in residency at the museum. Wu Tsang's residency is an attempt to showcase different aspects of his new film and performance piece Full Body Quotation. His first film, about the "legendary" parties referenced above, Wildness (currently in post-production), was made in collaboration with Total Freedom and Daniel Pineda of Nguzunguzu. Check out a teaser for the movie below.

The New Museum event is free before 7 PM and $12 after. Nguzunguzu, Kingdom, and Total Freedom also play the official after party hosted by DIS Magazine at Subtonic at 11 PM with MikeQ, Venus X, and $hayne.

Nguzunguzu and Total Freedom both head out on a tour with Gang Gang Dance in July. The tour ends one day before Gang Gang Dance play a Rocks Off Concert Cruise on July 21. The Rocks off show has no openers. Tickets are still on sale for the NYC show which is two days before GGD DJ a PS1 Warm Up event.

Nguzunguzu play a PS1 Warm Up event on August 27 with Sun Araw, who they played with at Echoplex in LA last night (6/16). Tanlines, Teengirl Fantasy, and Physical Therapy are also on the PS1 bill.

Teengirl Fantasy (live) and Physical Therapy (DJ) meanwhile play a Northside Merok Records showcase on June 18 at 285 Kent with Gatekeeper, Blondes and dj Ghe20 Gothik. Teengirl Fantasy also play Sled Island in Canada at the end of the month. They tour with Pictureplane in July.

Tanlines recently made a video for the super catchy "Real Life" off their 2010 Settings EP. According to a post on their facebook page on February 17, Tanlines are "very excited that they're almost done with their record." The record will be their first full length and will presumably be released sometime this year on True Panther.

Nguzunguzu album art and soundcloud stream, the Tanlines video, and other stuff below... 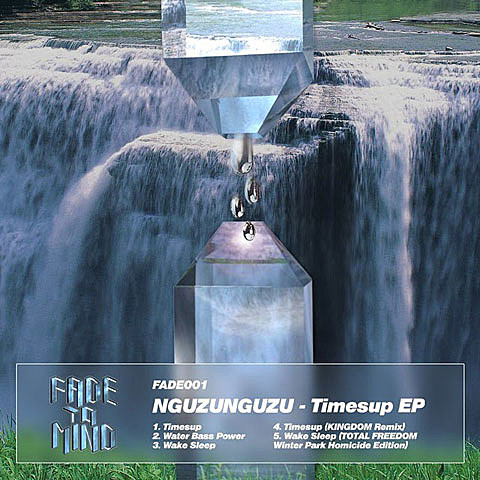 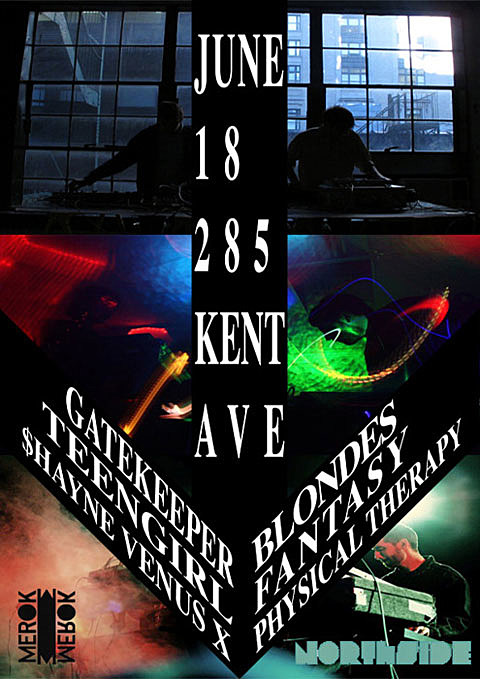