Gramercy in 2012 (more by Greg Cristman) 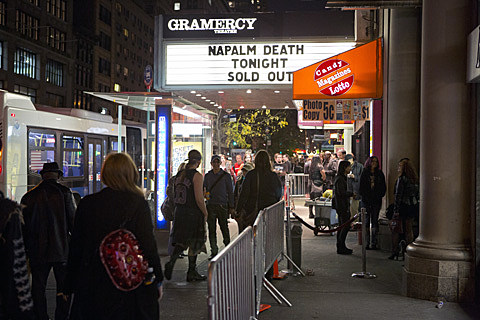 We recently mentioned that most of the shows at NYC venue Gramercy Theatre were cancelled due to the 'A Night With Janis Joplin' residency, which was moving to that venue from Broadway. Now it looks like all of those shows have been cancelled (or postponed indefinitely) too. via The Associated Press:

Fans of "A Night With Janis Joplin" will just have to hold on, hold on.

Producers said Wednesday they have had to postpone indefinitely the off-Broadway opening "due to production issues." The show made a splash on Broadway in October and was to open Thursday at the smaller Gramercy Theatre in Chelsea.

Refunds for the shows will be available at point of purchase.