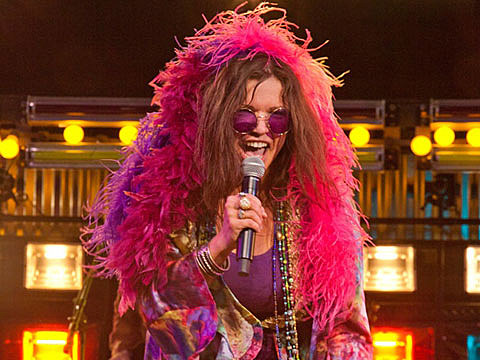 Though the Live Nation booked Gramercy Theatre in NYC does have a few random concerts still scheduled there (like Freddie Gibbs/Madlib and Bun B/Kirko Bangz, you'll notice that most of the upcoming schedule is now taken up by 'A Night With Janis Joplin', which is moving there from Broadway. The press release reads:

A NIGHT WITH JANIS JOPLIN arrives at Gramercy Theatre following an engagement at Broadway's Lyceum Theater where it was hailed by critics and had audiences leaping to their feet and dancing in the aisles. Mary Bridget Davies, who has taken New York by storm with her critically acclaimed performance as Janis Joplin, will reprise her role. On stage, Davies will be joined by many of the production's Broadway cast - a stellar, eight-piece rock band as well as her "Joplinaires" - incredible female singers who provide the iconic voices of the blues and soul singers who influenced Joplin's music, including Aretha Franklin, Etta James, Odetta, Nina Simone and Bessie Smith.

Janis Joplin fans nationwide will be able to enjoy A NIGHT WITH JANIS JOPLIN when they perform on the TODAY Show Friday, April 4th, LIVE from Rockefeller Center in the heart of New York City. A NIGHT WITH JANIS JOPLIN has partnered with Live Nation to redesign its new, permanent home to host eight one-of-a-kind concerts a week, Tuesday through Thursday at 7 PM, Friday 7pm &10pm, Saturday 2pm & 8pm and Sunday at 3pm. Tickets ($65-$90) are available online at Ticketmaster.com and at the Gramercy Theatre box office. Premium tickets are also available. The historic New York City concert venue has welcomed eclectic and out-of-the-box arts and entertainment for decades and is one of only a handful of NYC concert venues suitable to host a special rock and roll experience of this kind.

"We are ready to rock with Janis at the Gramercy, cut loose and let A Night With Janis Joplin really move," said Michael Joplin, Janis' brother. "Laura and I are stoked about our new theater - we'll really be able to dance!"

Tickets are on sale/presale now.