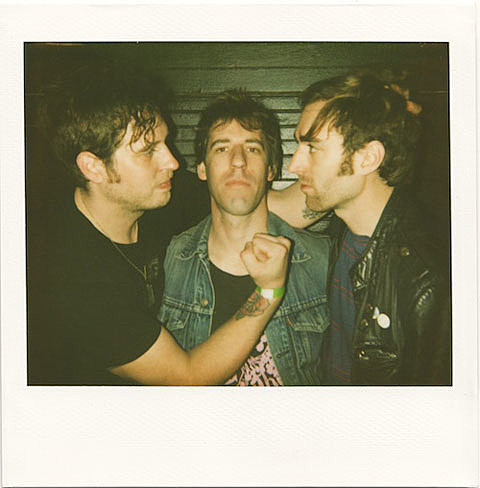 I'll just quote this little blurb the label sent me:

New York noise czars A Place to Bury Strangers are making moves. Never ones to stand still for very long (literally and figuratively), the band is announcing a new label and new music. Dead Oceans is proud to welcome APTBS to their roster. Label co-founder Phil Waldorf says, "I've been enamored with A Place to Bury Strangers since I first heard their debut album. Their live shows have rattled me time and time again. It is not often you get to work with a band that you've been closely following for years, and we are honored to be a part of their new chapter. Wait until you hear what comes next." The band will join artists such as Akron/Family, Gauntlet Hair, Phosphorescent, the Tallest Man on Earth and more.

Having put on numerous wild shows across the US and Europe -- their recent Rockoff Cruise included band members tossing plugged in amps overboard -- APTBS' ferocious live performances have won over a wide range of audiences. Their solid wall of sound is built meticulously, brick by brick, to form a cohesive all-encompassing experience: physical, intellectual, emotional. In the last year the band has grown to include bass player Dion Lunadon from The D4. Dion has joined Oliver Ackerman (guitar/vocals) and Jay Space (drums) in shaping the direction for APTBS, co-writing songs and sharing backup vocal duties. Of their Dead Oceans signing Ackerman says, "We are very excited to be signing with [the label]. I have been a fan of their taste in music since the label started and it's going to be cool to be a part of what they have built independently over the years."

The trio has been hard at work on a new set of 5 songs, which will be released on Dead Oceans as an EP in early 2012. More details on the new EP and tour dates will follow soon.

Congrats to APTBS on their new home.

Dead Oceans and its sister labels Secretly Canadian and Jagjaguwar are holding a CMJ showcase at Union Pool in Brooklyn on 10/19. It was previously announced with a secret headliner who can now be revealed. Guess who that is? Full lineup/flyer for the show, along with a full set of Gauntlet Hair tour dates (they're playing a lot during CMJ), below... 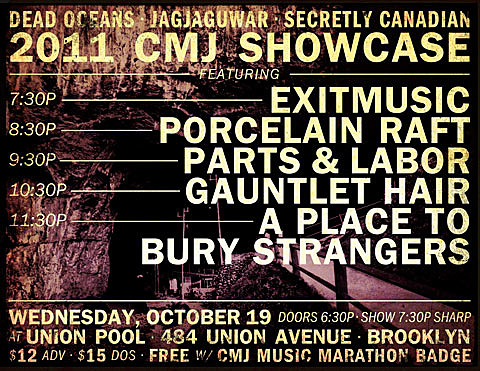