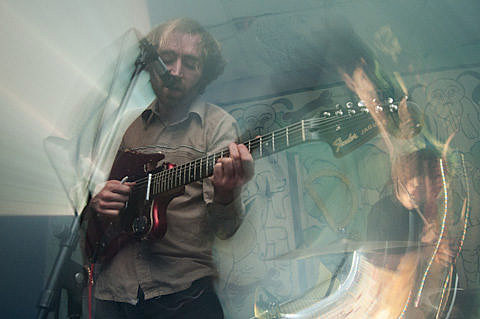 Long-running Williamsburg DIY venue Death by Audio threw a very fun holiday party on Saturday (12/15), headlined by A Place to Bury Strangers whose frontman Oliver Ackerman runs the Death by Audio effects pedals shop that's in the same building at the club. APTBS had the most gear I've ever seen on DbA's stage, complete with two projectors that enveloped the club in psychedelic visuals which, along with the sheer volume the band is known for, made for some serious sensory overload.

The rest of the night featured other bands in the DbA family. The Immaculates cranked out the garage soul and flung gifts into the audience. They did their seasonal single from last year, "New York is Mine for the Holidays," as well. Jay Heiselmann, who sings for The Immaculates, also now plays in the radically-revamped line-up of Grooms who also played the DbA party. We got a few songs from Grooms' third album which will be out sometime in the first half of 2013. Shoegaze/noise trio The Dreebs opened the show.

With Santa hats given out at the door it was a festive night all around. More pics from the DbA holiday party below... 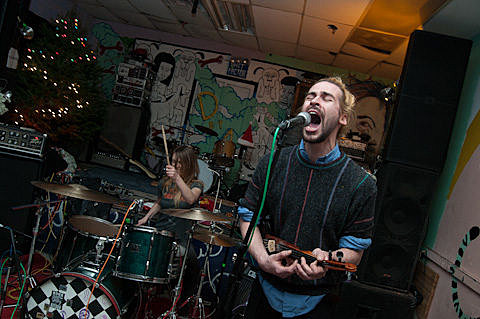 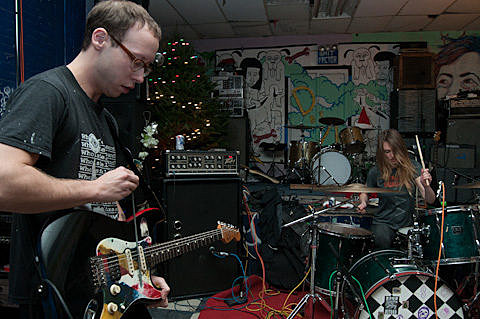 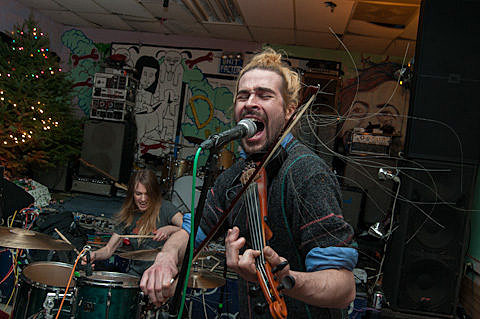 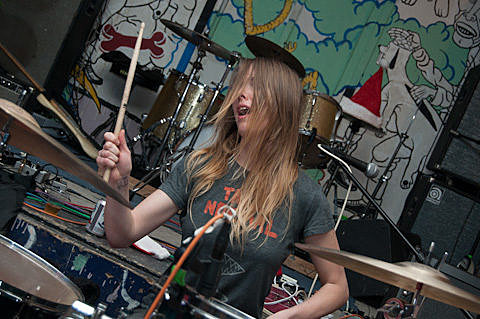 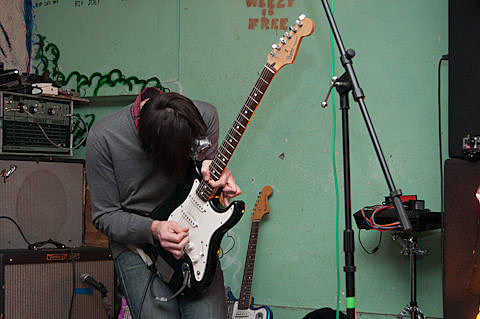 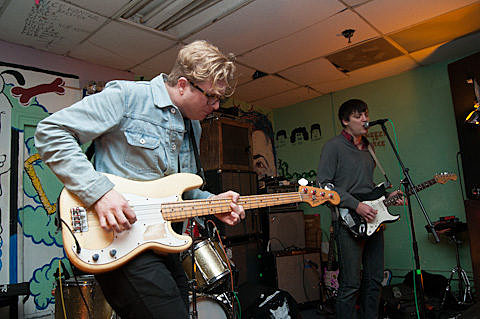 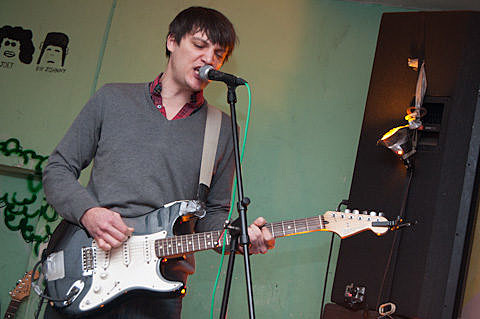 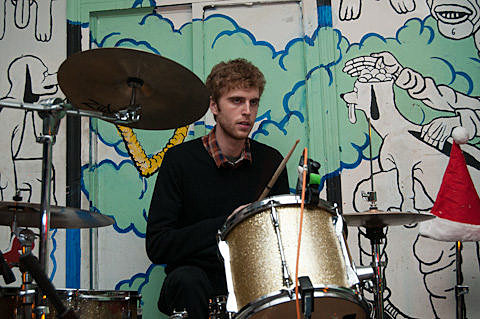 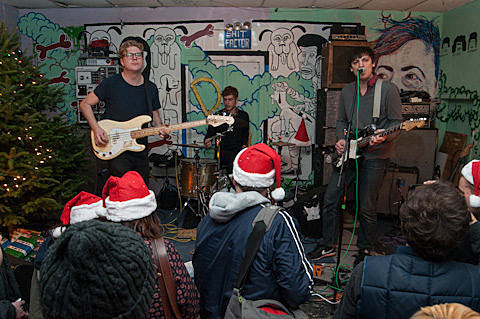 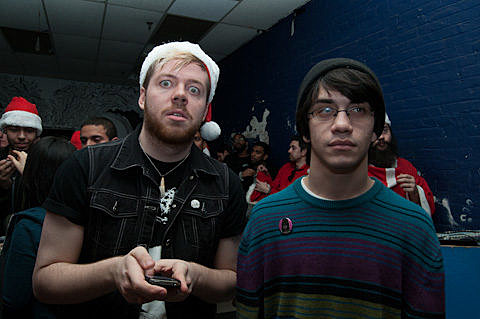 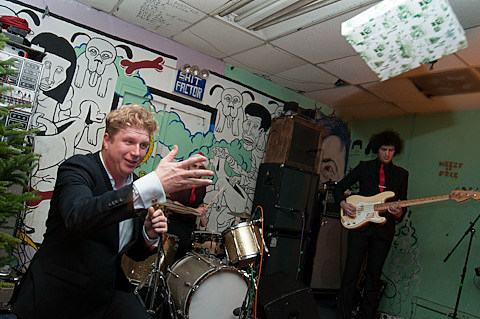 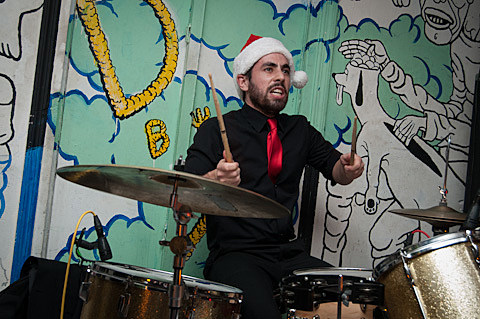 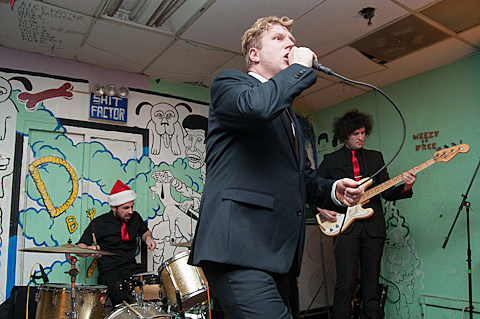 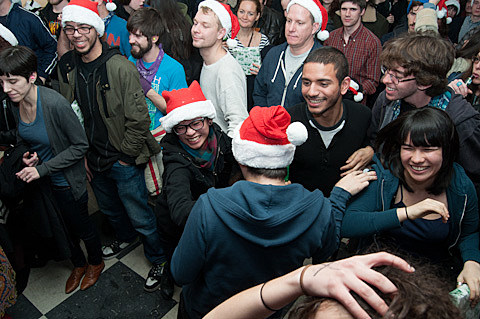 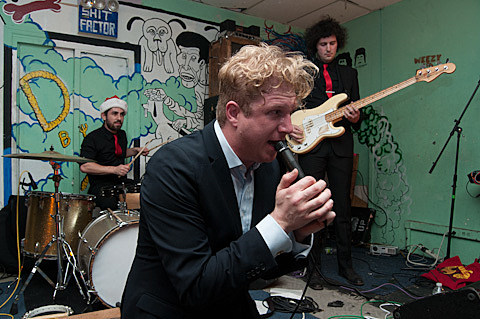 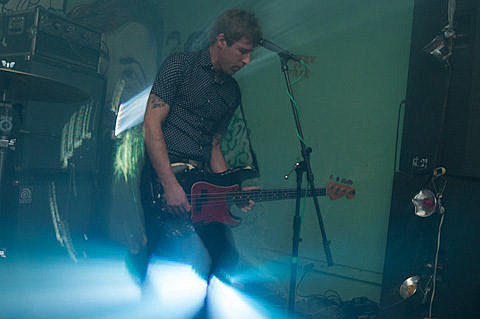 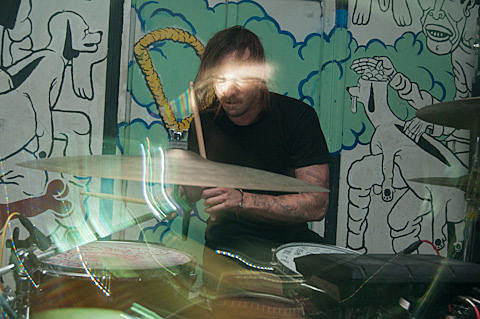 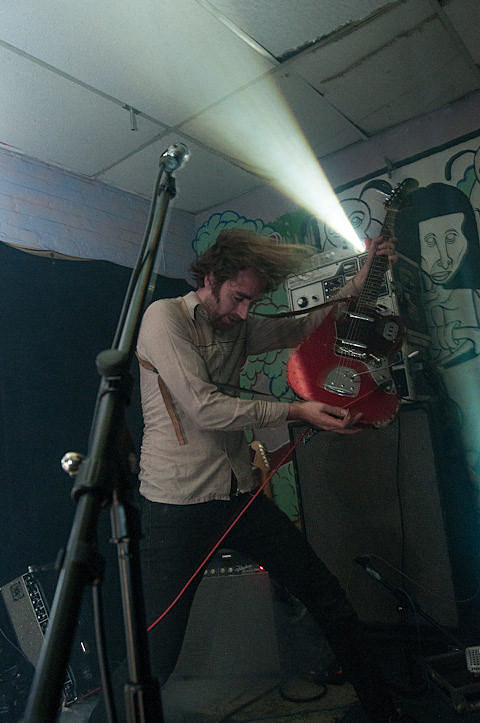 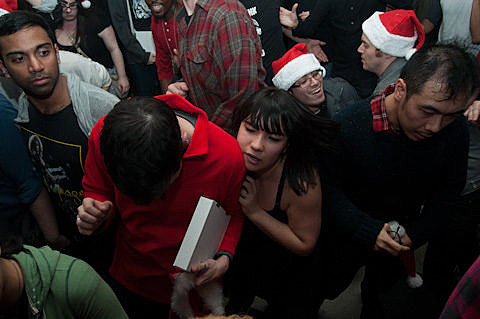 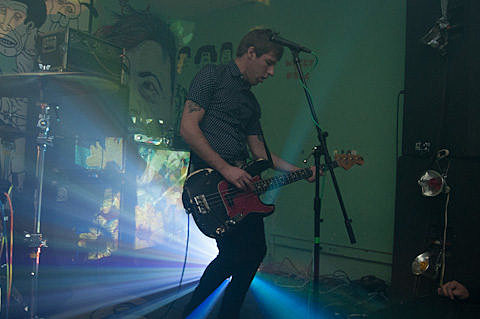 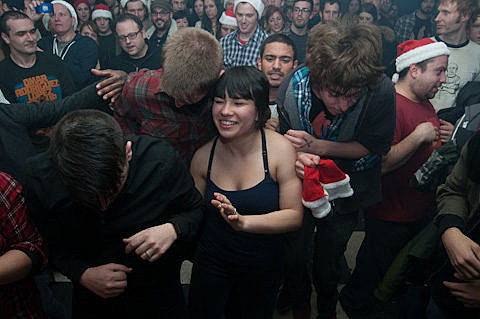 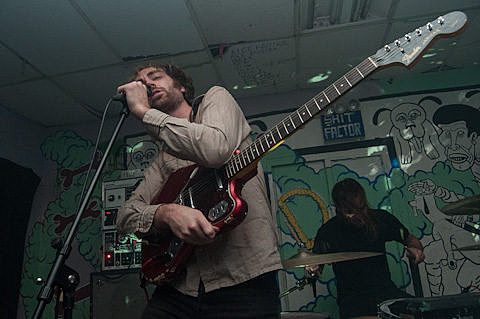 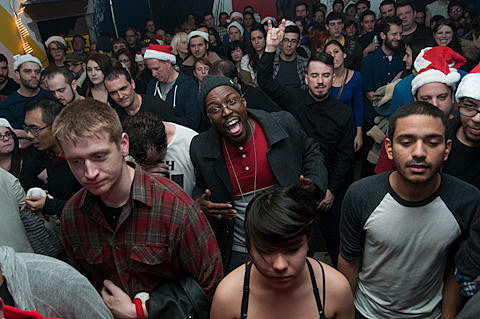 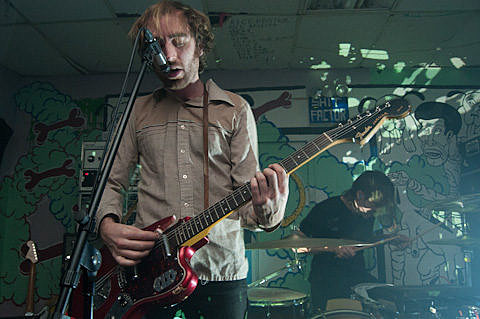 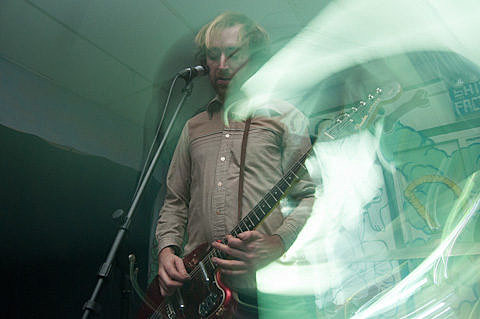 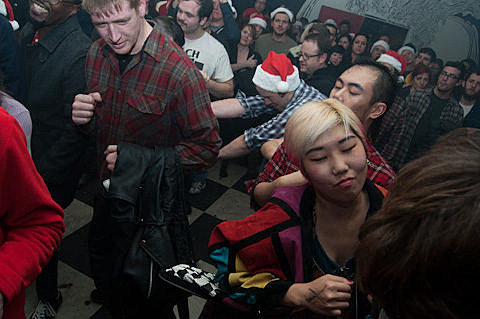 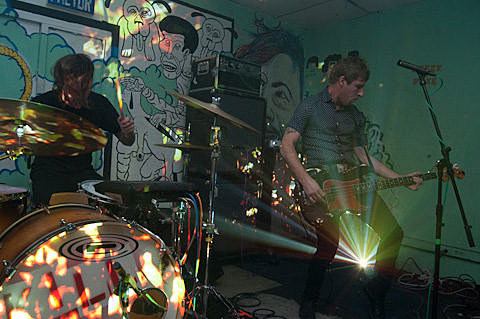 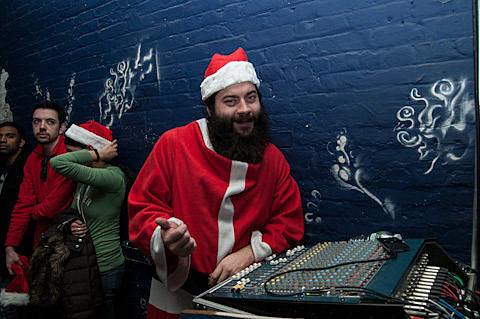