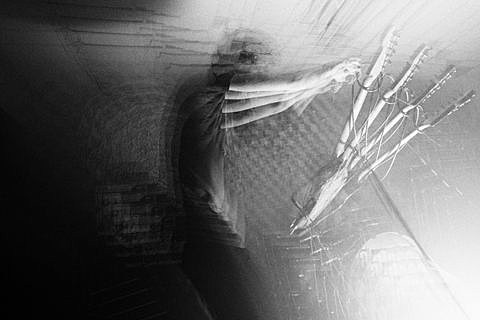 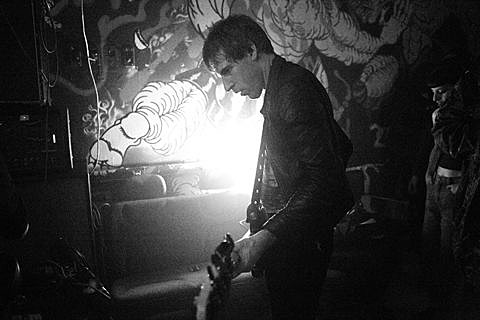 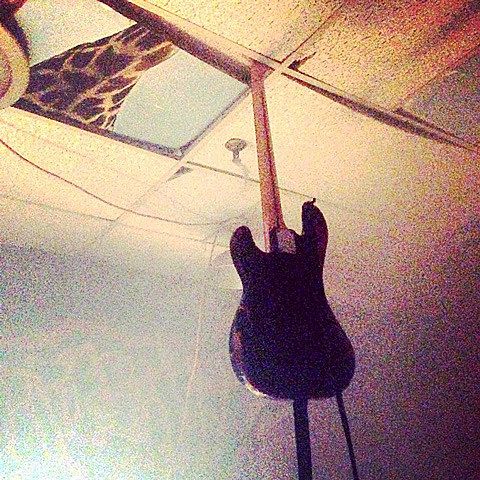 We actually don't know if last night (10/27) was A Place To Bury Strangers' final show at Death By Audio, but if they're planning to play the venue they helped build again, it will have to be in the next 26 days, since that's how little time is left before the DIY Williamsburg venue closes forever. But it's hard to imagine them topping what happened last night, a surprise-filled show that could have only been planned by folks who knew the space intimately.

APTBS, who also played a CMJ show at Rough Trade two nights earlier (where they played on the floor, not the stage), opened Monday night's sold-out show at DbA in a sea of fog and strobes, and ended it with a guitar sticking out of the ceiling (see above). The latter came soon after the band had jumped off the main stage, seemingly done with their set, and into the back room by the merch table, where a second smaller setup (including a vintage step drum machine) was ready for action. The band played a couple songs with that setup as the crowd figured out what was going on, and then tried to open the door to a little storage space, which was stuck. Frontman (and DbA pedal shop owner) Oliver Ackerman proceeded to bash the door with an amp till it opened. In that storage space was a second kit, drummer Robi Gonzalez went in and APTBS played one last song, with bassist Dion Lunadon on the merch table and that guitar ending up wedged in the drop-ceiling.

It was a crazy show, and a loud one. We warned you to wear earplugs. If you forgot them, the band conveniently had their own branded version for sale at the show, as well as prismatic "hallucinogenic vision" glasses to make things a little more trippy. Broken Water (from Washington), Gold Dime (featuring members of Talk Normal and Dreebs), and White Suns opened.

Less than a month of DbA left. Check out the current schedule of final shows, and stay tuned for more announcements. More pics from last night's APTBS show, including video of them covering Dead Moon's "Don't Look Back," below... 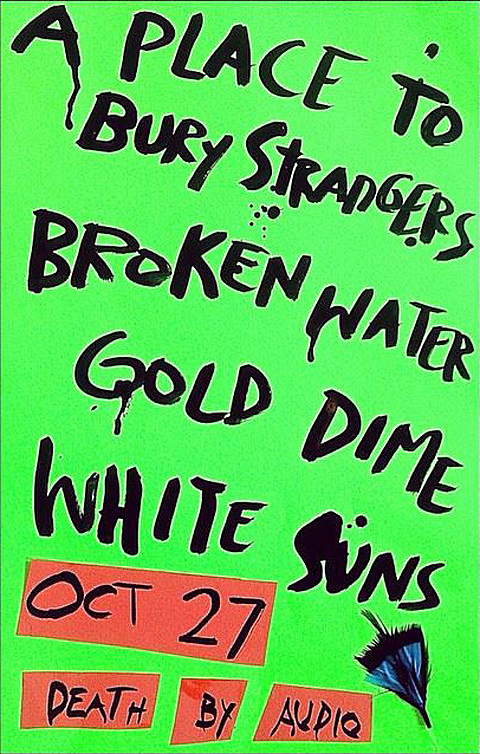 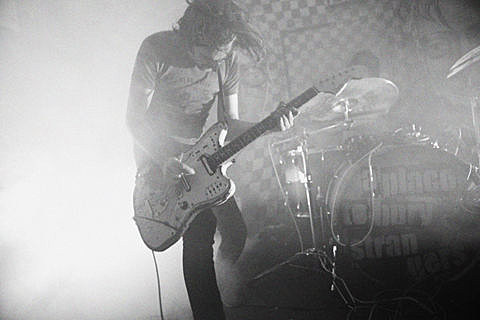 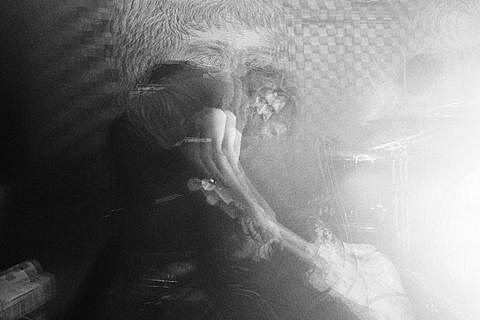 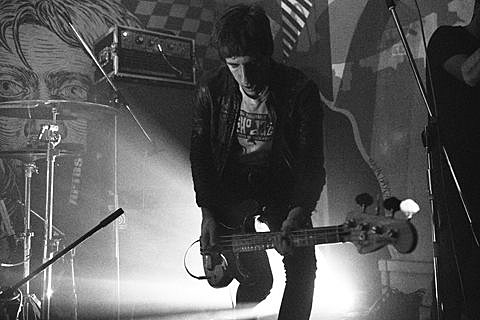 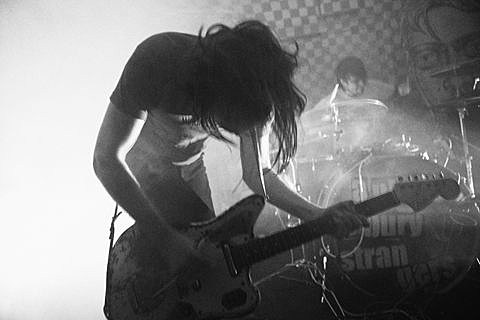 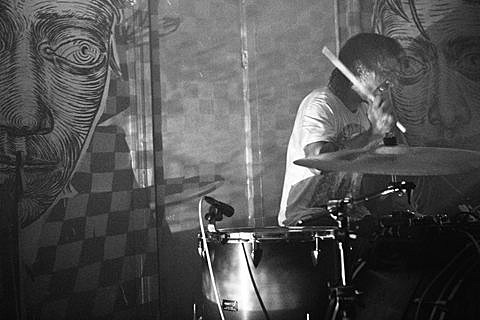 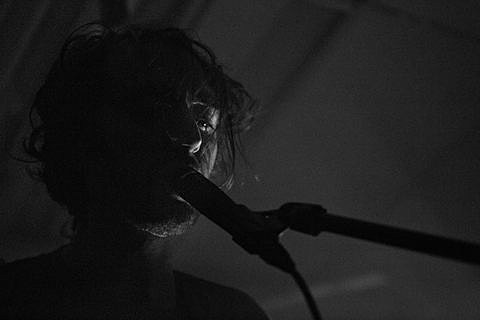 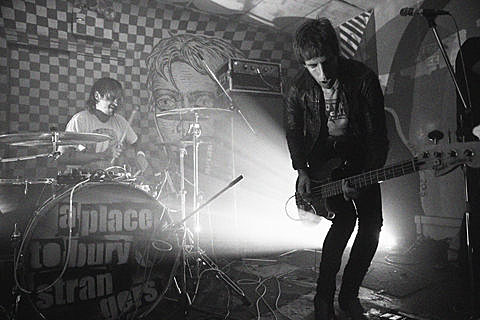 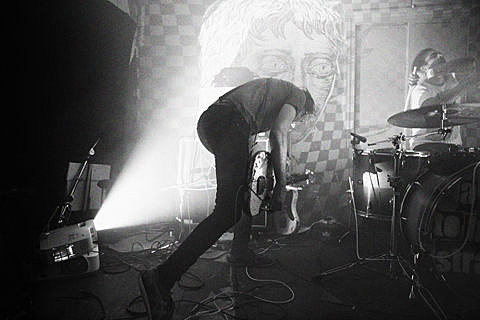 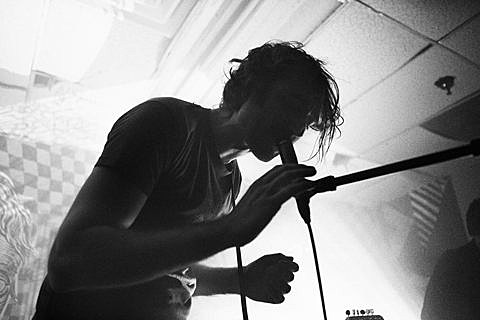 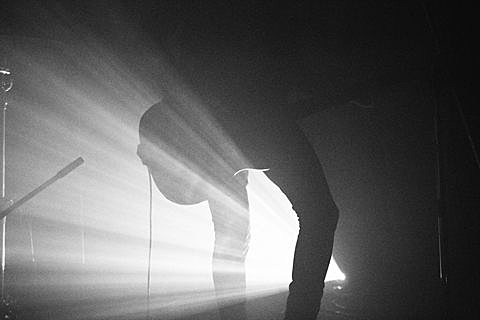 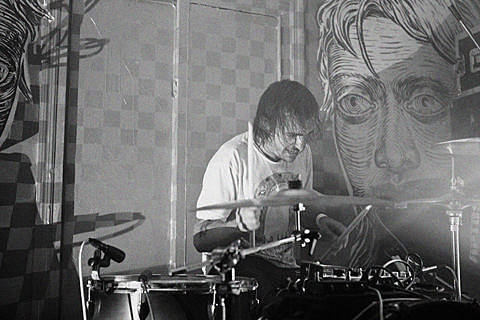 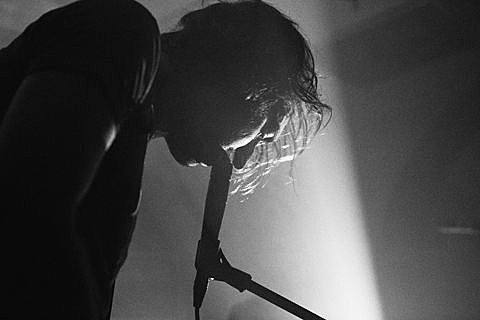 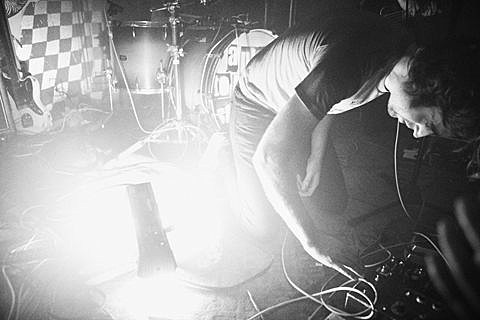 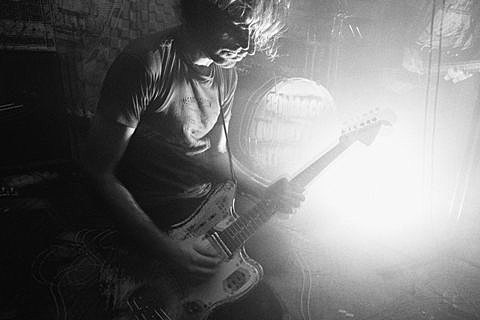 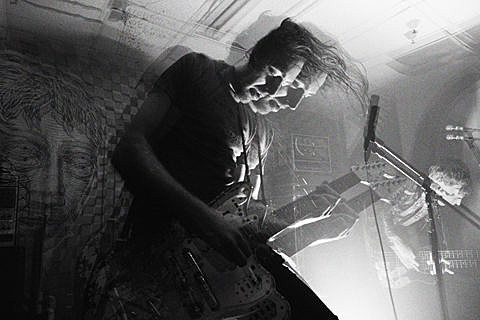 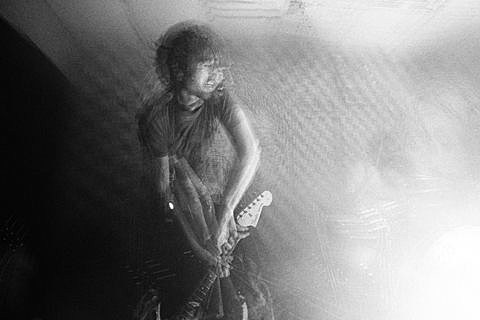 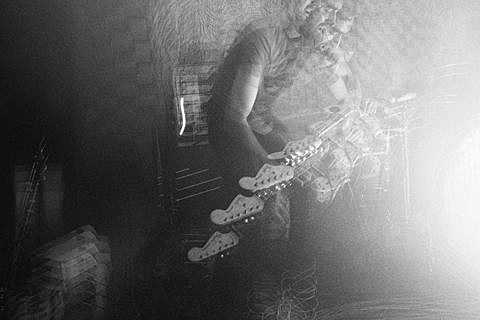 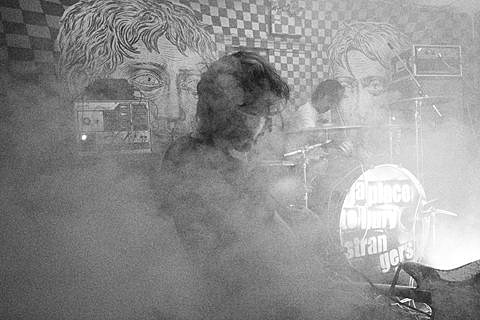 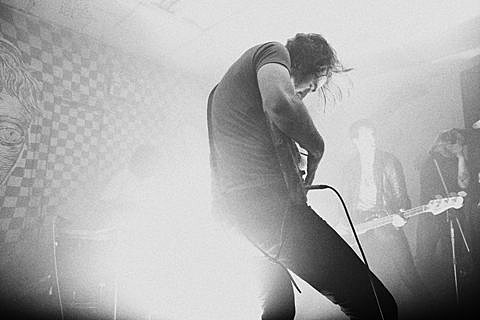 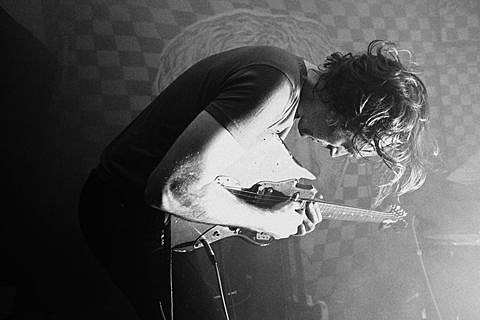 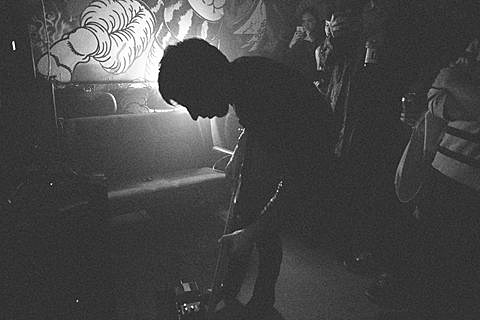 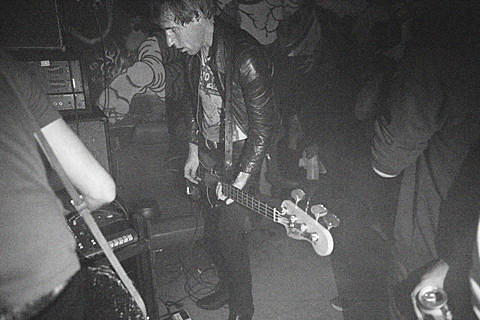 bashing the door with the amp (cellphone pic by Bill) 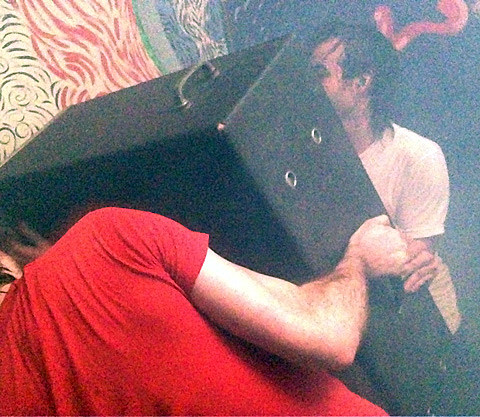