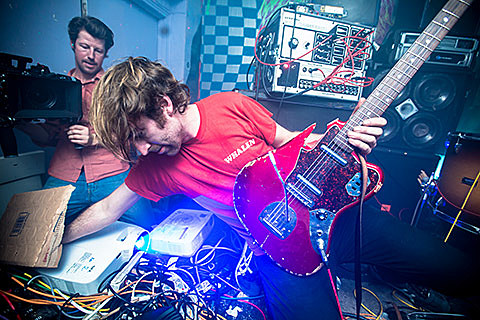 A Place to Bury Strangers are currently on tour in Europe (they play Amsterdam tonight) but will be back in North America next month for Levitation fest in Austin. Shortly after that, they'll play a homecoming show at Brooklyn Night Bazaar on May 16 with Sleepies, Pill, and Bambara. That show is free and if you'd like to skip the line you can RSVP.

The band, whose new album Transfixiation came out earlier this year, have added a few more shows as well, including a few opening slots on the Jane's Addiction Nothing's Shocking tour, including the four NY-area dates. Tickets for the NYC proper show (Brooklyn Bowl on May 13) just went on sale.

All tour dates are listed, along with live video of APTBS performing "Now It's Over" live on KEXP, below...