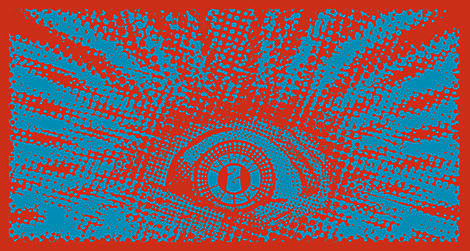 As people have pointed out, A Place To Bury Strangers, Ra Ra Riot, Marnie Stern, and Apache Beat are sharing a bill at NYU's Kimmel Center (60 Washinton Square South) on March 5th...

CHILL 2009: Advance NYU Tickets on Sale Now! $10 NYU/$16 Public Doors: 7:30pm ++++++ 100% of Proceeds go to Charity+++++++ The Chill Concert is our annual fundraisiner concert to benefit the Chill Foundation, a charity organized by Burton; one of the snowboarding industry's largest players. The Chill Foundation seeks out at-risk, inner-city youths, and periodically gets them out of the city and to the mountain over the course of the winter.

A Place to Bury Strangers are also playing Psych Fest 2 in Austin...

Friends, Austinites, countrymen, lend us your ears: THE BLACK ANGELS and LIVE MUSIC CAPITOL present PSYCH FEST 2 Friday March 13th through Sunday March 15th, in Austin, Texas, spiritual birthplace and global epicenter of psychedelia. What better way to honor the cradle of consciousness than a festival of hallucinogenic sights and sounds celebrating the town's musical heritage and spotlighting the best new vanguards of the most mind-bending music ever played? Your three-day key to the doors of perception is a scant $45 (or one day doses for $15 ) available online on www.livemusiccapitol.com and Austin record stores beginning Friday the 13th, 2.13.09. With a lineup featuring such acclaimed acts as Austin's own THE BLACK ANGELS, joined by A PLACE TO BURY STRANGERS, DEAD MEADOW, THE WARLOCKS, Sky Sunlight Saxon of legendary garage rock innovators THE SEEDS and a constellation of rising underground stars from Austin and around the world including THE WOODEN SHJIPS, INDIAN JEWELRY, THE STRANGE BOYS, THE GOLDEN ANIMALS and many more, those doors will be rocked off their hinges. This year's Fest also features Austin's psych cult heroes, THE GOLDEN DAWN performing their 1968 album 'Power Plant' from start to finish. Prepare your earthly vessel for lift-off.

Full lineup and all APTBS tour dates below.

Marnie Stern is also playing a March 10th shown in Philly which doubles as the first night of a tour leading to Austin for SXSW where she'll play the Kill Rock Stars party @ Club DeVille on March 18th (in the afternoon) with The Thermals, Thao Nguyen, Horse Feathers, The Shaky Hands, and the pAper chAse. She's also, like Yann Tiersen, on the bill of one of the ATP's in Minehead in May. All of her dates below.

Ra Ra Riot have another NYC show coming up at Webster Hall, as well as tour dates with Death Cab For Cutie, Tokyo Police Club, and Passion Pit. They also appear on the recently announced Sasquatch lineup.

Apache Beat are currently in London where they'll play a bunch of shows with School of Seven Bells before coming back for the NYU gig. They also share a bill at Santos Party House on April 11th with Violens.

*** with School of Seven Bells