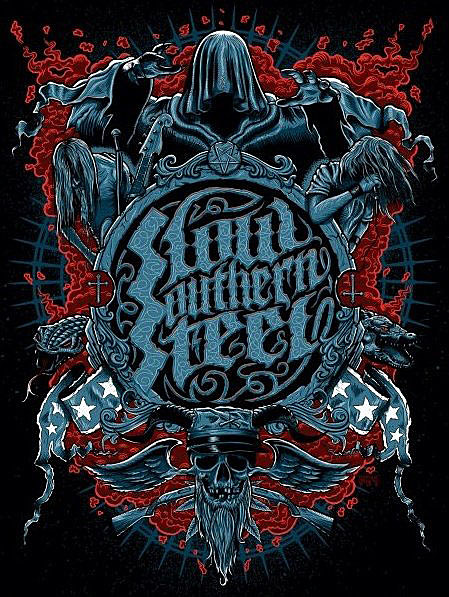 Its been a long time since news has surfaced on the forthcoming Slow Southern Steel documentary, produced by CT of the infamous Rwake. The film, "about underground heavy bands south of the Mason Dixon", features performances and interviews from some of the area's biggest troublemakers (like members of Eyehategod, Hank III, Kylesa, Torche, Dark Castle, Zoroaster, Weedeater, and many more) as they explore "living and growing up in the bible belt". Get familiar with the trailers below if you aren't already.

BrooklynVegan is proud to announce that we will host the exclusive Northeastern screening of Slow Southern Steel at Knitting Factory on August 13th! The screening, which will take place at 10PM, will feature FREE Jagermeister (for a limited time) as well as an appearance from the director CT. Then following the film, Knitting Factory will host performances from some of our favorite doom-y bands The Gates of Slumber, Cough, and Earthling. Tickets are on sale (admission includes the movie and the show).

CT of Rwake at LPR (more by BBG) 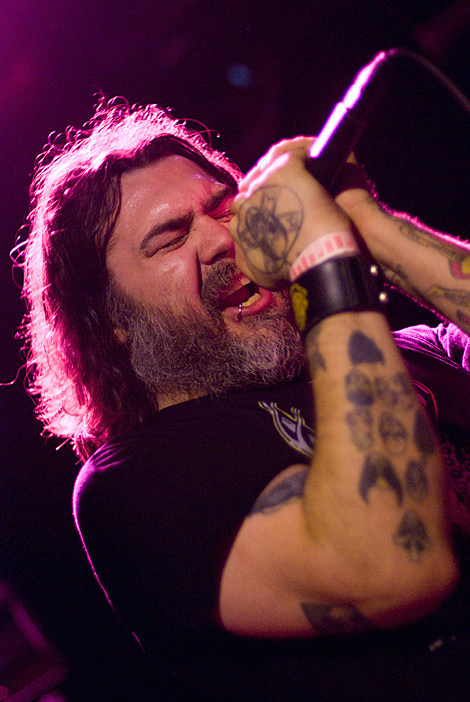 Rwake have announced that they will release their new LP Rest on September 27th via Relapse. Preorder the new LP and check out the art that will bless the CD, digital, and the olive green and 180 gram black vinyl versions.

Rwake have a few dates scheduled in their near future, including July 30th at Downtown Music Hall in their native Little Rock, and a second show at the same venue as part of the Mutants of the Monster Festival from September 2-4. The festival will feature appearances from Rebreather, Suplecs, Deadbird (performing The Head and The Heart in its entirety) (not to be confused with the band of the same name), Across Tundras, Seahag, Pallbearer, and many many notable others. Full festival details are below.

A reminder: Weedeater will play NYC on 9/10 at Europa with Oxbow, Bison BC, and Fight Amp. Tickets go on sale Thursday at noon.

MUTANTS OF THE MONSTER MUSIC FESTIVAL 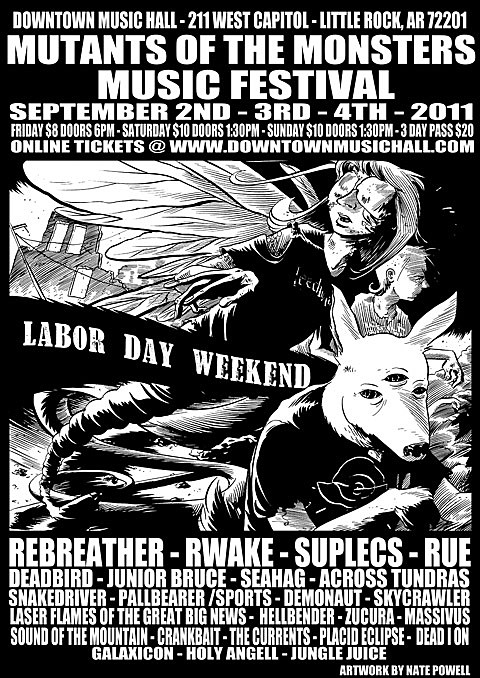 FEATURING IN NO PARTICULAR ORDER!