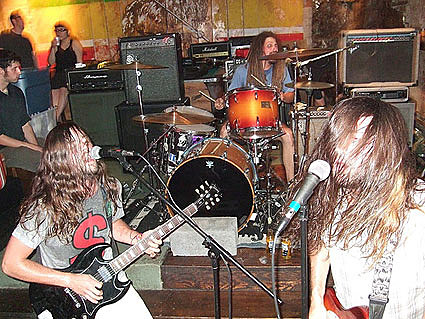 If you've ever wondered what would happen if Animal Collective discovered doom metal, look no further than "Tungsten Steel: Epilouge (sic)" off Wildildlife's debut, Six. It's eight minutes of double-kick and distorto-crush as filtered through lysergic goggles. Ain't a single instrument on the track (including them medicine-man vox) untouched by the mighty reverb pedal. [PREFIX]

San Francisco's Wildildlife have announced plans for a US tour in support of "Six". That includes SXSW, a show at Cake Shop in NYC, one at Death By Audio in Broooklyn, a date with The Slits, and a radio appearance on WFMU.

Check out the the MP3's above. 'Return To Zero' is Scott Kelly's show on Combat Radio. You'll hear the Wildildlife track "Nervous Buzzing" in the December episode we've linked. All tour dates below...... 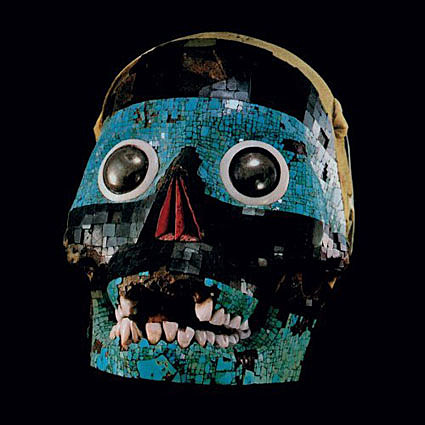 * With THESE ARE POWERS
** With OLD TIME RELIJUN
*** with FIGHT AMP, COUGAR DEN, HEALERS,
# With THE SLITS
& With PYGMY LUSH, GHASTLY CITY SLEEP, DARSOMBRA
+ with BIRDS OF MAYA
@ with SHELLSHAGM, PHARMACY