photo: ASDIG at Baby's All Right in 2014 (more by Amanda Hatfield) 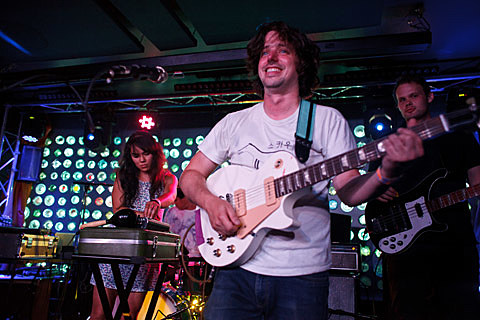 A Sunny Day in Glasgow are releasing a new double EP, titled Planning Weed Like Its Acid/Life is Loss. The nine new songs were written following last year's tour behind Sea Went Absent, and they'll be released on Mis Ojos Discos on November 13. The first song is called "Jet Black, Starlit," and you can stream it, and read a note from the band about it, below.

Everyone wrote songs and then steered their songs to completion, with everyone else chiming in with whatever they thought would make it better. Or they didn't, and that was fine too. We wanted a music making process that worked at the speed of satisfaction, and once we were rolling our only satisfaction would be these songs, in the world--now. Whoever wanted to, played whatever instrument they felt like playing. Josh played roto toms on a few songs; Adam laid down a rad bass solo; Jen played the pan flute; etc... This band has never had big egos but what little there was went out the window. Any "stakes" were very consciously locked behind good times and hanging out.

The end product is what we wanted--a bunch of songs written, recorded and mixed at light-speed (for this band). That we love the songs is a wonderful byproduct of everything else. And we feel great--can't wait for the next one. Meanwhile, we are trying to schedule a time when everyone can get high and that email chain is really bumming me out.

In 2015 you can't get vinyl pressed in less than 6 months, so hello CDs (and mp3/streaming, of course)! It's actually better this way...perfect, in fact. You should buy the CD, put it in your microwave for a few seconds, watch the pretty green flame, and then stream it. Further join in the modern excess drowning us all. It's all good. Life is loss. 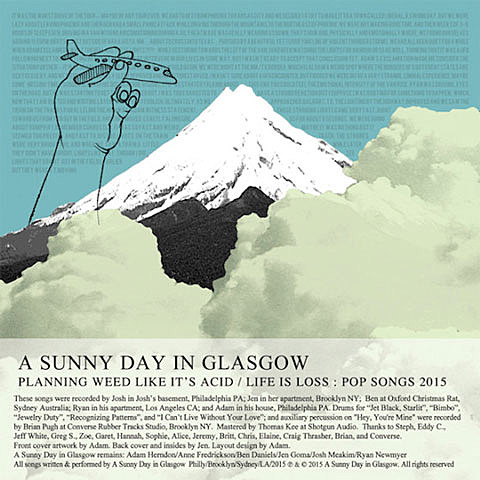