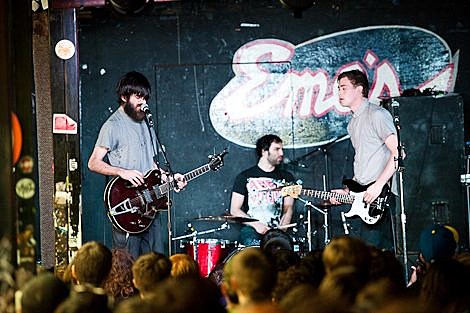 That cancelled June 3rd Titus Andronicus show that was supposed to happen at Glasslands is now taking place on August 18th. Tickets are on sale.

The Glasslands show is one day before Titus plays Maxwell's which is right before they leave on tour with Free Energy. Maxwell's tickets are still on sale too.

Tickets are also still on sale for the NYC show Titus has scheduled later in their tour which is at the much bigger Webster Hall.

Check out a mini documentary filmed at/before/during a previous show at Maxwell's which includes a live version of "Four Score And Seven", below...