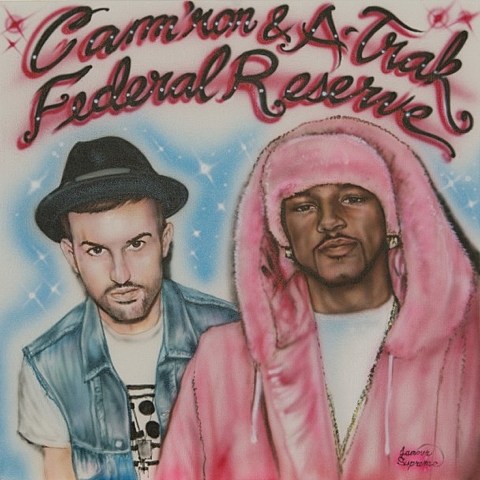 Hip hop/electronic producer and Fool's Gold co-founder A-Trak recently announced that he's teaming up with veteran rapper Cam'ron for a collaborative EP, Federal Reserve, due out at some point this year. The first taste of that EP that we've gotten is "Humphrey," which sees A-Trak giving Cam an early-Kanye style beat (A-Trak was the DJ for 'Ye's first tour), and Cam'ron sounding more alive than he has in years on it. Take a listen below.

The two have also announced that they'll team up to play NYC's Terminal 5 on May 31 with support coming from Kanye remixer Salva. No word yet on whether or not A-Trak and Cam have other dates together, but the T5 show falls in between a few festival appearances A-Trak is making, including Firefly, Counterpoint and Coachella. All of his dates are listed below.

Meanwhile, Cam'ron also plays NYC on his own this week at Stage 48 on Thursday (2/20). Tickets for that show are still available.

All currently known dates are listed, along with the song stream, below...