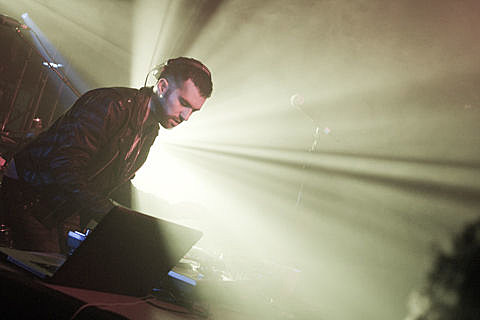 A-Trak is set to play the first ever LA installment of Fool's Gold Day Off, which traditionally happens in NYC on Labor Day (this year's featured Danny Brown, Just Blaze, Flosstradamus, and more). After that A-Trak is kicking off what he's calling the "House Party Tour." And he's calling it that because he's literally taking over people's houses for the shows on the tour. He'll be bringing Flosstradamus and Donnis along for the ride. To receive info on the secret locations, sign up HERE.

The tour is set to hit five US cities, culminating in Asbury Park, NJ on October 21. That's the closest they'll come to NYC, but they have nothing scheduled for the day before (10/20), which means they'll be headed towards the NYC area with no plans on the last day of CMJ. So it seems likely that something will be added that day.

A-Trak was last in NYC for Electric Zoo. You can listen to a stream of the first hour of his set at that festival, along with the Day Off LA flier, the House Party Tour flier, and a list of all dates on that tour, below. 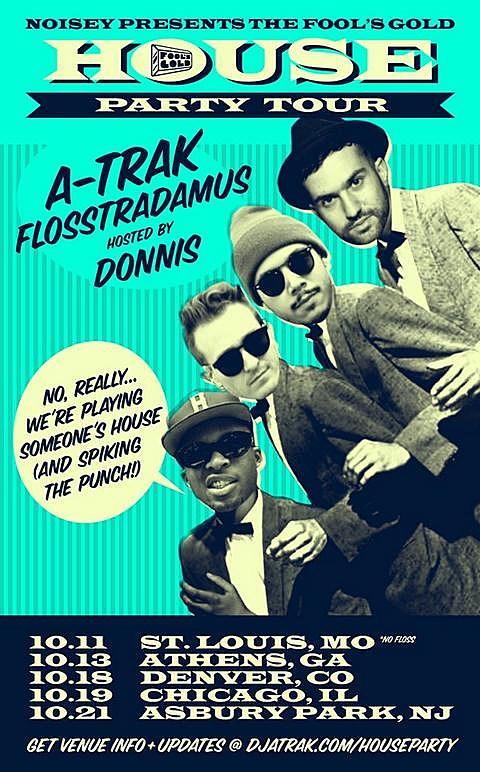