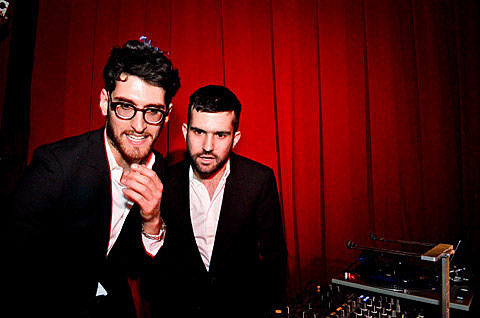 Miike Snow/Major Lazer/Santigold/etc. at Terminal 5 on March 5th (on sale now) isn't the only birthday party Downtown Records is throwing for itself. They're also hosting A-Trak, Art Brut, White Denim, Lissy Trullie, and The Suzan at Webster Hall on March 4th. Tickets for that first part of the two-day celebration go on sale Saturday (1/29).

A-Trak is also on board for this year's sold-out Cochella Fest, playing not only as A-Trak, but also two days later as part of Duck Sauce (his project with Armand Van Helden).

The Suzan is hitting the road with Chromeo (also are playing Coachella this year) and MNDR for US dates next week. The tour hits a sold-out Terminal 5 on Feb 4th (the afterparty is at Webster Hall). The Fool's Gold-signed Suzan recently dropped a pair of releases in Japan, a live iTunes only LP and a CD+DVD combo of Golden Week For The Poco Poco Beat.

No more Art Brut dates to report at the moment. All A-Trak and Suzan tour dates and some videos below.