A-Trak at DCTV in October (more by Bryan Bruchman) 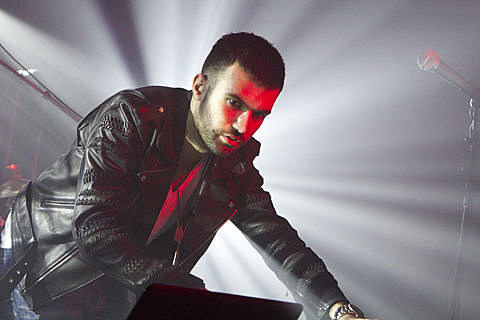 A-Trak, who heads out on the Holy Ship! cruise in January, has a few North American dates scheduled for when he returns, including one in NYC at Webster Hall on January 13. Tickets for that show are on sale now. All dates are listed below.

A-Trak recently put out a single with Zinc called "Stingray," which you can download from iTunes. The single includes a remix of the track by Benga as the b-side and you can stream both of those tracks below.

Benga (and Skream) also has a NYC show coming up which goes on sale at noon today (12/22). Skream & Benga put out a free EP via Scion earlier this month. Download at the link

A-Trak also just did a mix for Fool's Gold which includes Fatboy Slim, Kid Sister, BS1, and others. You can download it above and stream it below. The tracklist is below too.